It is a popular internet chat program that operates similarly to WhatsApp and Facebook Messenger. When you’re connected to Wi-Fi or mobile data, you can utilize it to send messages to your pals. Telegram is a cloud-based messaging software that promises to prioritize security and speed above other popular chat programs.

Despite being one of the most feature-rich messaging apps, it falls short in certain areas. Whether you’re seeking a well-rounded program or want to move away from Telegram, you’ll discover the finest Telegram alternative apk in this post. 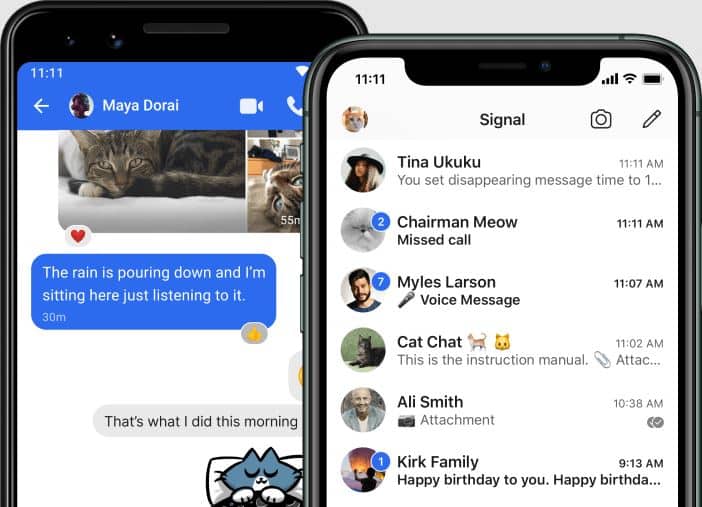 We will discuss the signal messaging app in this post. The best Telegram alternative. Signal has grown in popularity to be one of the most widely used messaging apps. It has gone from a cherished secret of the security community to something even the non-tech savvy are utilizing, thanks to its popularity among tech titans, cybersecurity professionals, reporters, officials, and others.

There’s a reason why Signal got appointed as the town’s new sheriff. Signal is well-known for its unrivaled security and extensive feature set. It can keep all of your interactions secret on the internet, where it appears that more and more corporations are attempting to monitor you.

This feature-rich software has received a lot of attention, which is understandable given how advanced it is and its availability on both platforms. The signal application is accessible for iOS and Android devices, as well as for PC and Mac. You can get it through their official website, as well as the AppStore and Google play store.

Some of the Key Features of the Signal application

The Signal communications software has long been regarded as the best Telegram alternative. This statement gets heavily influenced by the optimized features that come with it.

Running the signal app on an iPhone, Android device, or computer is simple.

Except for the person to whom you send the message, no one, not even Signal, has access to your communications. End-to-end security gets used for both calls and messages transmitted via the Signal software. It means that your information is secured in the app before it gets sent to your network or the internet. It stays encrypted until it reaches the intended recipient, at which point it gets decoded within the recipient’s program. But there’s a snag. This encryption solely functions if the individual you’re sending the message to has an Android phone and runs Signal.

Can you restore messages on the signal app?

The signal application does not save messages, chat history, or passwords to the cloud; instead, data are encrypted and saved on the user’s device. As a result, if your messages or conversations are accidental gets deleted, you wouldn’t be able to recover them.

Is it possible to track the Signal app?

Signal, in comparison to other texting apps, is far more secure. The Signal app is one of the best Telegram alternatives for a reason. Signal not only secures communications, but it also conceals almost all message content, especially those who sent them. Even with all of these security safeguards, it isn’t completely secure, just like other applications. Hackers will be unable to hack or watch you using the signal application.

Is it safe to use the Signal application?

All communications with other Signal users are secured using end-to-end encryption protocols. All calls, including long-distance and international calls, are encrypted and free of charge when made over a Wi-Fi or data connection. Your phone number is the only thing Signal saves. As a result, it is the safest application available. It is, in fact, the Telegram app alternative with expanded features.

The Signal messaging software has increased in popularity to become one of the most frequently used. You already know it’s the best telegram alternative if you’ve read this far. When compared to other texting apps, the Signal messaging app is the clear favorite. Signal has evolved from a security group’s best-kept secret to something that even non-techies are using.

1 thought on “Best Telegram Alternative app for Android and iOS”