When the unavailability of the internet seems to be the most frustrating thing in this decade, Google’s endeavor to pacify us at that moment seems to be pretty helpful. Yes, I am talking about that cute dino who will get over obstacles to give us some points. Well, those points won’t fetch any materialistic pleasures, but they can help us get over the time as long as we are not having the most needed internet connection. I have seen several guys, who are pretty addicted to the game. Though I won’t call it an addiction, they are pretty interested in playing the Dino Chrome game. But apparently is not possible to play the game as long as you are connected to the internet.

It isn’t a feasible solution to disconnect from your WiFi network or pull those network cables out of your computer to get disconnected from the internet and start enjoying the game. That being said, there is a way to play the game, even when you are having a working internet connection. You can keep your downloads, online video, and audio streaming on, and still play the game on Google Chrome without affecting anything. So don’t pray for your internet connection to go down, just to play the game. Though there are hundreds of websites, which are hosted to allow you to play the game, and apps on the Google Play Store for the same. But all of them are still far from perfection.

So how to play the Google dino runner dinosaur game online even with an internet connection? Let’s find out.

How to play it?

Step 2: On doing that, the same tab will appear just like when the internet is not available. Just start the game by pressing the spacebar on your keyboard as usual.

Step 3: The game will immediately start, and unlike the normal gameplay when there is no internet connection, the game will cover the complete horizontal area of the screen in the middle. 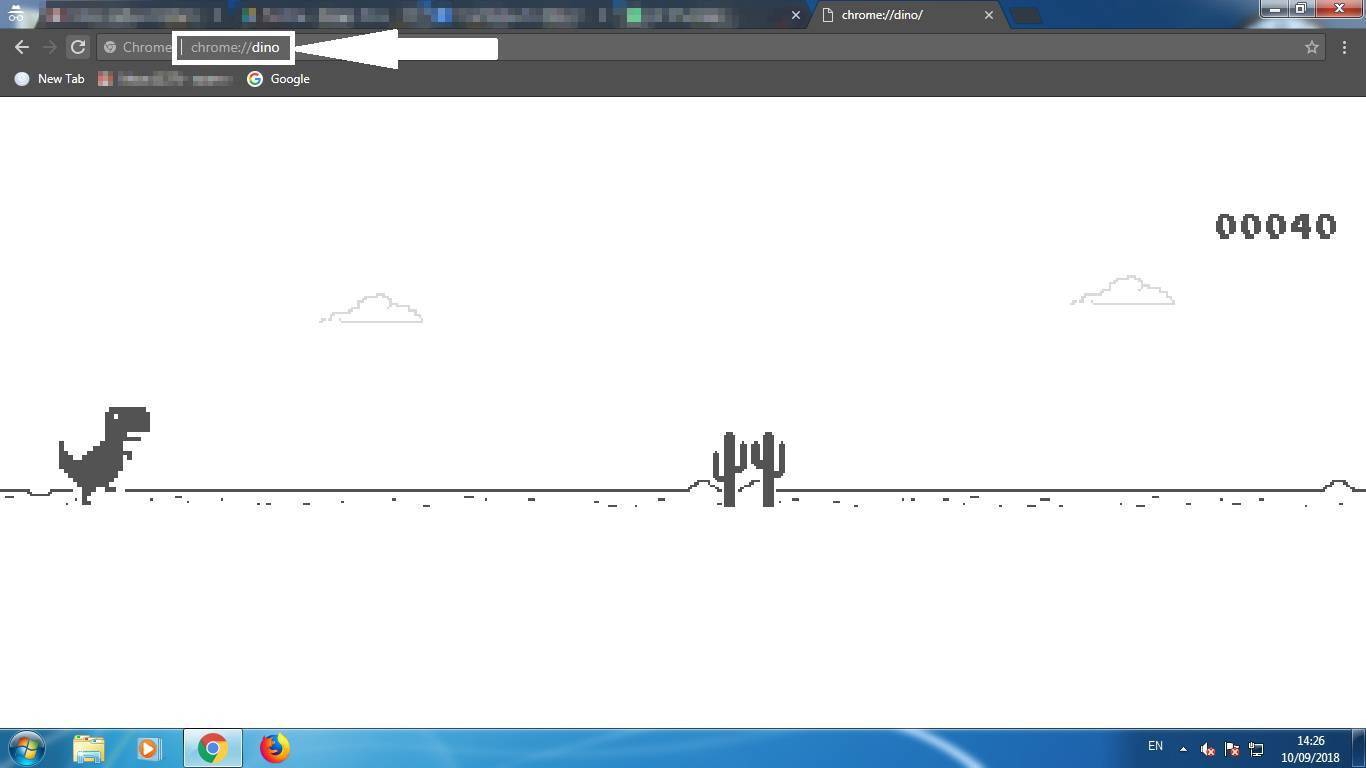 Step 4: Google Chrome being 10 years old, a small birthday cap will appear on Dino’s head making him look cuter. Well, kudos to Google for showing us, how dinosaurs look with a birthday cap. 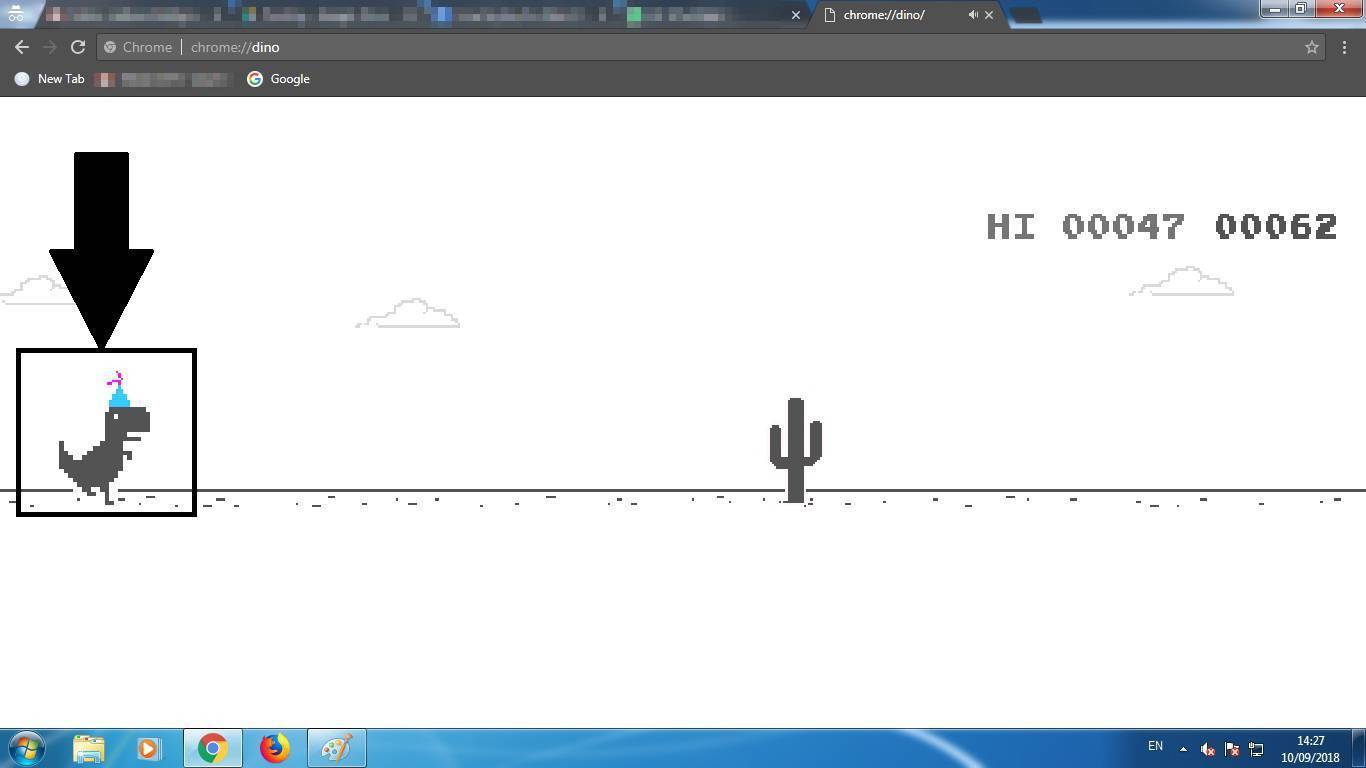 Step 5: This trick is not limited only to Google Chrome on PC. I tried it on Chrome Android, and it worked like a charm. It should also work the same way on Chrome on other platforms, as well.

If you don’t want to end the game or never want to die then you can use some hacks to play the Dino game continuously without the fear of cactus.

That was it. Hope the small piece of information about the Dino game was helpful for you. Do you have anything to say? Feel free to comment it down below.