But not all games are good enough and finding out the gems can be a real difficult task, and that is why I am here with the top 5 casual games that it should download and play on your Android. In unfortunate situations, even when you are at home, or the internet connection might not be available, you can play casual games on your phone in such situations. In this story, I will talk about casual games on your Android device that you can play with just one hand so that you do not face any troubles while playing them if you are commuting, or you are in a situation when you cannot hold the phone with two hands. Furthermore, all the games that I will be mentioning here are offline games and that is yet another thing that I should mention before I get started with the list.

Here are the top five casual one hand games that you can download and start playing on your Android device. 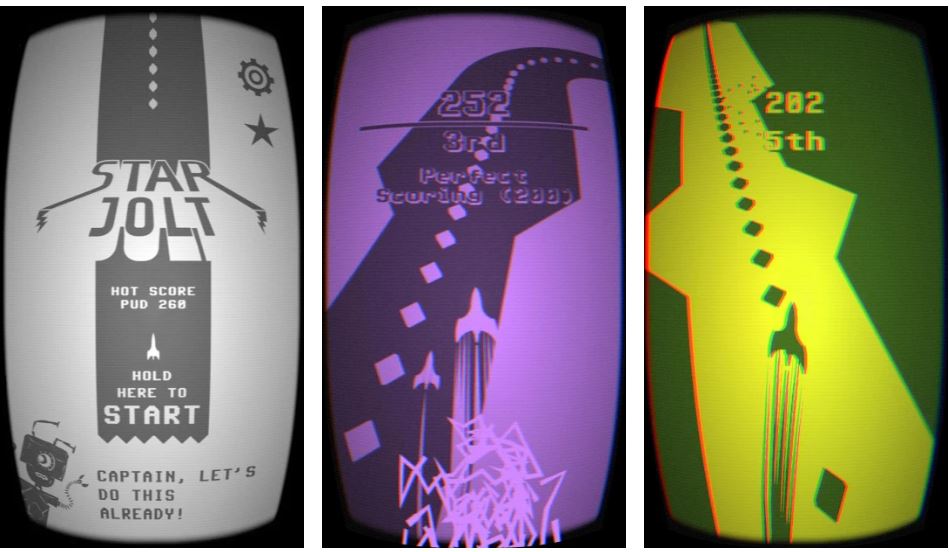 The longer you survive in the game, it will become tougher and that eventually brings the ultimate fun of playing the game. The game comes with an achievement structure, and you can complete several achievements, or you can challenge your friends, which eventually adds more excitement to the game. If you are looking for a fast-paced arcade game that can be played with just one hand, Star Jolt is the one to try out.

Games that are easy to play but hard to master are really fun to play and Snake VS Block is one such game that you will definitely enjoy playing. The objective of the game is to use a snake to bang all the bricks that come on the way. The bigger the snake, the more the number of bricks that the snake will be able to break, and that way you have to go as far as possible. There are small dots on the way that comes with a number and you will have to collect those dots to make your snake bigger and bigger. 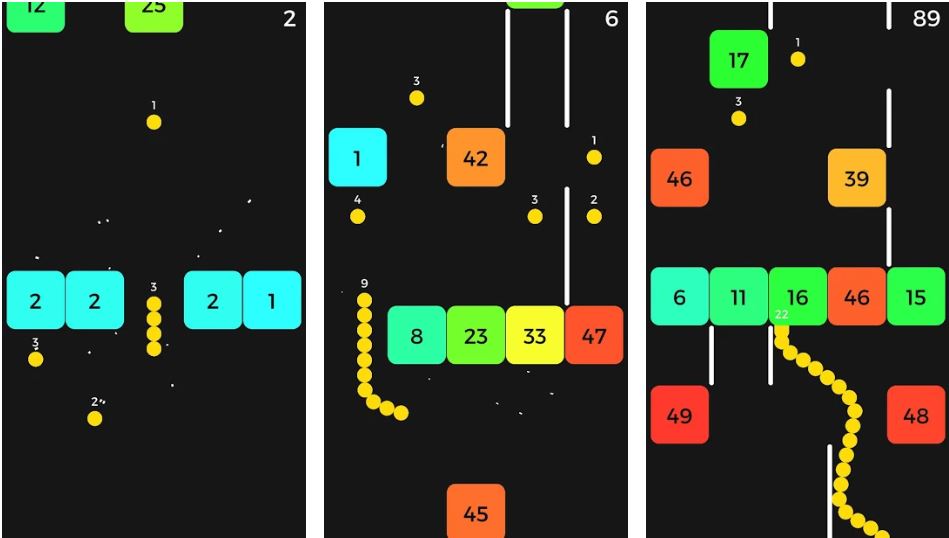 The bricks also have numbers written on them and each time the snake bang the bricks the size of the snake will reduce by the number written on the brick. So if the size of the snake is shorter than the break that you are banging the game will be over. As you proceed in the game, the speed of the snake will be faster and you will get very less time to select the bricks to bang and that’s when the true fun begins. This is also a game that can be played with one hand with simple swipe controls and it also has endless gameplay. Just give this game a try and you will never know when you are addicted to it.

If you are more into puzzle games, we will be happy to hear that most of the puzzle games are one hand games, and Numberzilla which is an exciting puzzle game is not an exception to that as well. The objective of the game is to cancel out the number next to each other when they add up to 10. Alternatively, if there are the same number side by side you can also cancel them out and the objective of the game is to clear the board. The game can be played in 3 different modes, namely classic, survival, dynamic, and each of the modes has its own limitations. 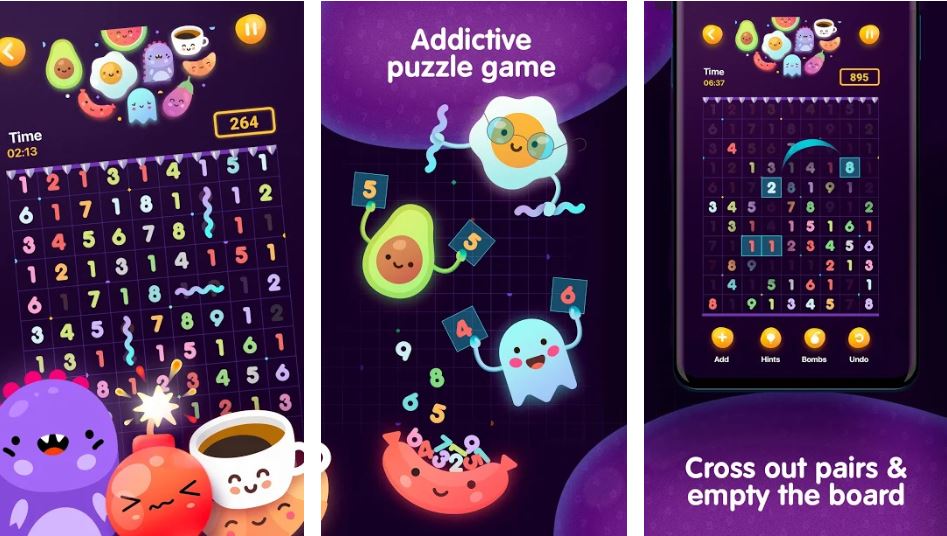 You should choose one of them depending upon what your mood desires. The game comes with hints so that you can tackle a situation when your brain is not functioning and you find hindrances clearing the board. There are additional boosters in the game to help you complete the levels and progress further and explore additional levels within the game. Even though the game can be played with one hand and is completely free to play, you can get rid of ads, and get additional boosters in exchange for some in-app purchases.

This might not be the most challenging game on the Google Play Store, but I must say it is one of the most unique games that you can play on your Android. The objective of the game is simple. Just put the balls of a particular color within the same tube. However, there are always certain limitations otherwise a game will not at all be fun to play. After you take out the ball from a particular tube, you cannot put it into a tube containing balls of a different color on top. 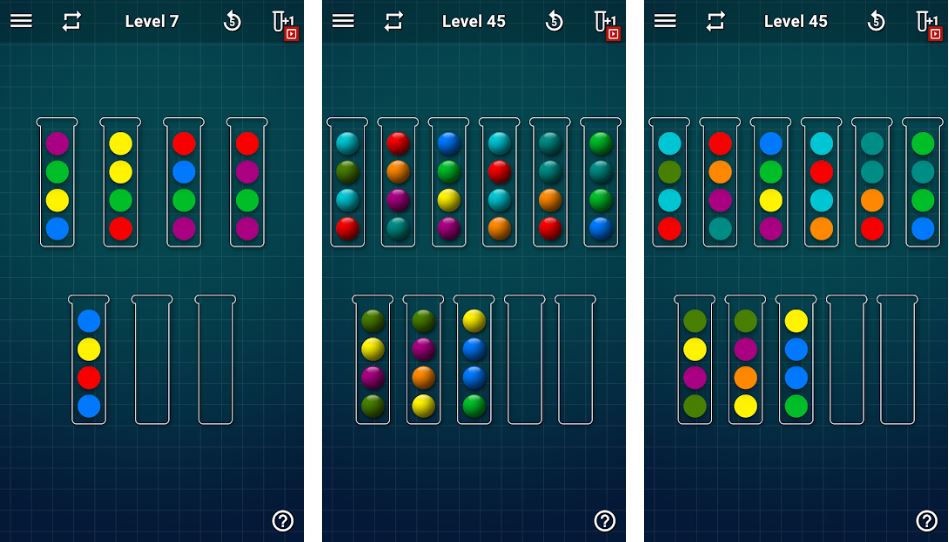 There is always some extra tubes to help you use the extra tubes as buffers to make it easy while moving the balls from one tube to the other. Even though the game is easy to play, try to move the balls into different tubes with as few movements as possible. The game comes with simple controls. Just touch the jar from which you want to move the ball at the top and then tap on the other tube to move the ball to that tube, making it a one-hand game that you can play at any time, not to mention the game can also be played offline. Just give this game a try and you will love it. There are several games with the same name and objective, so better follow the link to download.

This is one of the easiest games to understand and play that is available on the Google Play Store. The objective of the game is to glide an aircraft through several obstacles that come on the way in a futuristic 3D world. Yes, the game looks easy but it is really difficult to play. The controls of the game are really simple. What you just need to do is swipe your fingers left and right and you can easily control the aircraft. The more you proceed within the game, the obstacles will also so be more challenging. 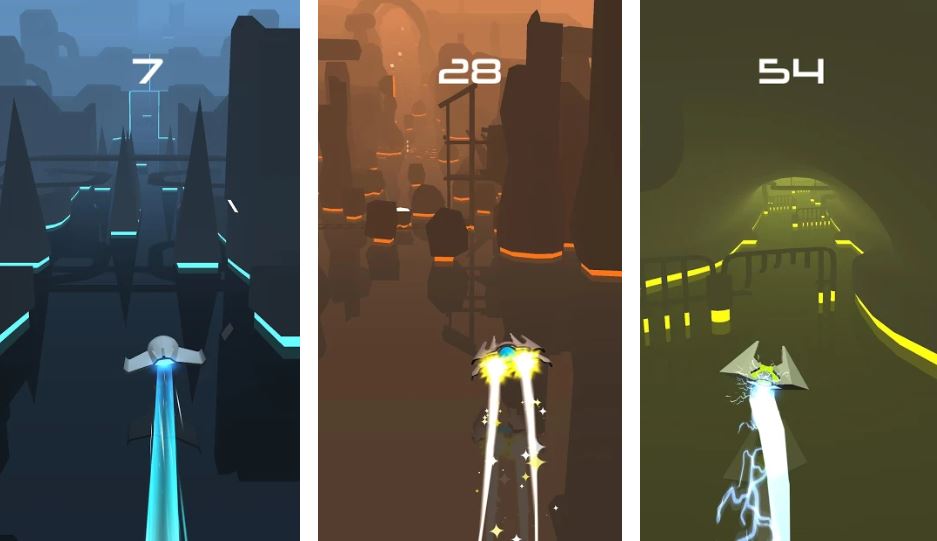 That said, you will have to take the decision at the last moment to prevent a crash. There are several aircraft that you can collect and you can see your position on the leader board that brings players from all over the world playing the game. The game is completely offline to play and it also comes with a stunning background and music that will eventually make it the most addictive game if you have some free time in hand, maybe while commuting or if you have some free time during work.

Even if you are fond of playing some multiplayer games and heavy games on your phone, there can be several situations when you want to play some simple games and this story is exactly for those moments in your everyday life. Besides all the games that I have mentioned here, you will also find a number of other one hand offline games and you will definitely enjoy them. But I personally played all the games that I have mention in the list and you will really love them. That is the reason why I have brought the games to your attention.

So, that was my list of top 5 offline one hand games that you can play on your Android device. Do you have any questions or want to name a game? Feel free to comment on the same below.

Windows XP Emulator to run on Windows 10 or 7

What is Python and why is it Booming?