Kali Linux is one of the most popular distros to learn and perform ethical hacking and penetration testing tasks. However, if you have recently installed Kali on your computer or Virtual Machine then you definitely want to see your IP address of the computer via command-line tool. However, as you use the command ifconfig you may see an error “bash: ifconfig: command not found“. So, to solve this generally, we start installing net-tools but that will also give an error “Unable to locate package net-tools“. Henceforth, what to do now? Don’t worry, go through the steps given in this tutorial and you will be good to go. 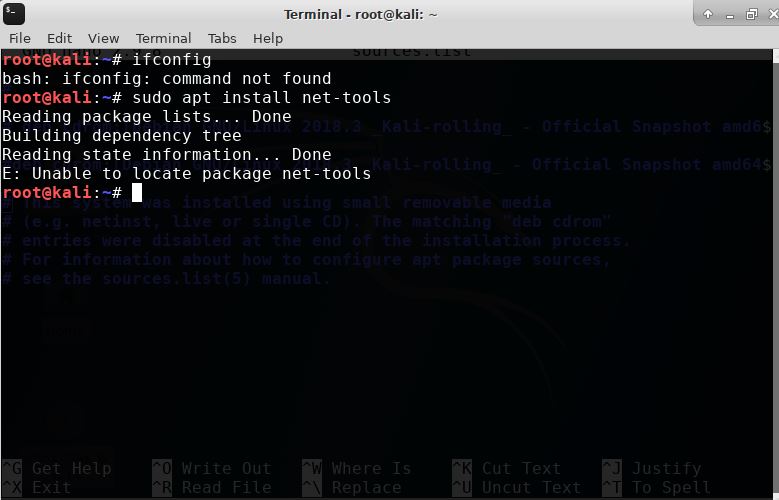 On the Command terminal type;

Now, what we have to do is to access and edit the sources.list file of Kali Linux where it saved its all system or official repositories. Use the nano command:

Copy-paste the below given official repositories. First one is the standard one while the second if you want to install source packages. However, only the first one will be enough.

After adding use CTRL+X, type Y and hit the Enter button. 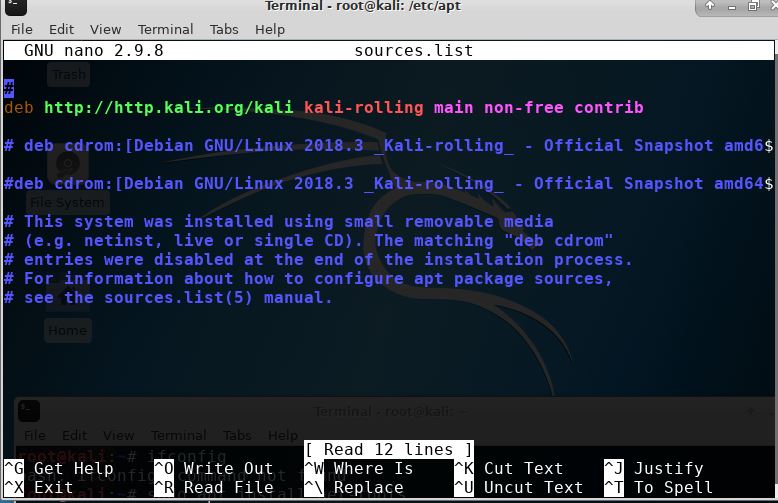 To reflect the changes in the system and flush cache run the update command:

Use the below command to get the network tools on your Linux, so that later we can use the ifconfig command. 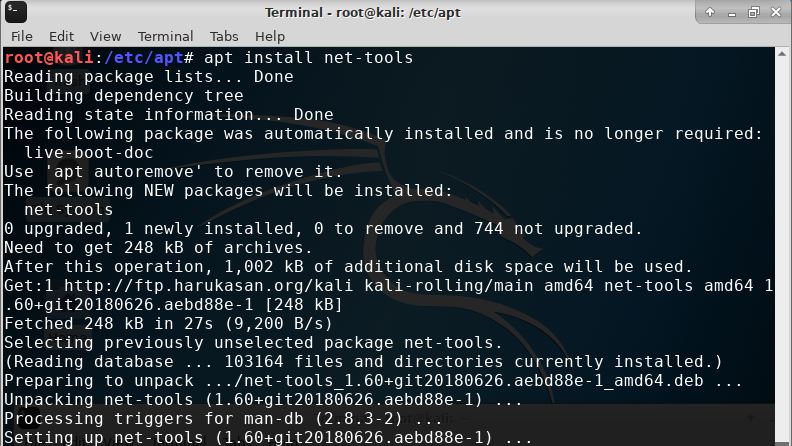 Finally, you can check the Ip address without any error: 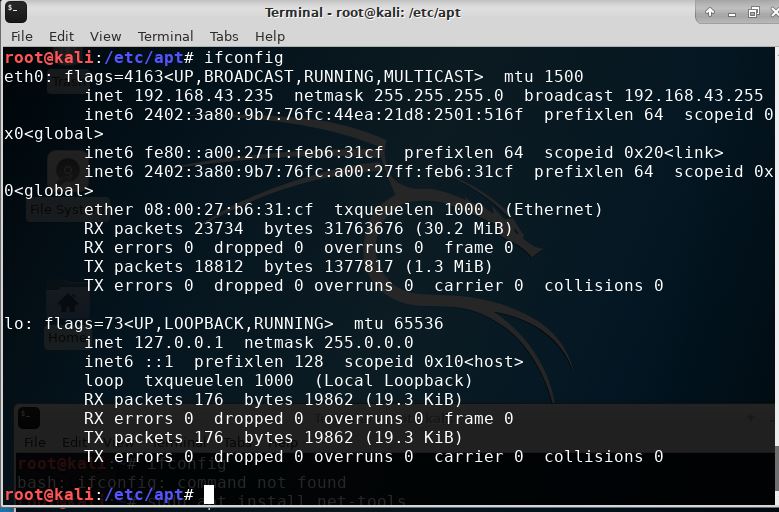 What is the seamless mode on VirtualBox? How to control host and VM using it

How to install Honeypot trap on Kali Linux to detect intrusion