Tap, Tap is an application available on Github for Android smartphones running on Android 7.0 to 11 versions. It gives any Android device the ability to recognize the double-tap done by the user on the backside. Yes, if you double-tap on the backside of the Android device that jerk will automatically get recognized by the G-sensor of the device which captured by the “Tap, Tap” and helps it to trigger the corresponding actions set by the user on its App.

Actually, the Tap, Tap double-tap on the back of the device gesture is the same feature that Google is planning to implement in its Pixel devices. Yes, this app is the ported version of the same available on Github to download.

This implies that to use Tap, Tap; it doesn’t matter which Android devices you are using unless it is running on at least Android 7.0+. We can assign various different kinds of gestures such as taking screenshots, turn on the flashlight, open Google Assitant, Camera access, and more. Apart from it, we can also set the conditions in which the double-tap on the back should work on our phone. For example, I want it to work only when my screen is turned off or lock; when I am on a call, and more…

This Android gesture app uses the same machine learning code and TensorFlow models from the Android 11 builds with the gesture, with code directly lifted from SystemUIGoogle where needed.

Tap, Tap is still in the beta stage, thus bugs would be there, however, while our usage we didn’t find any problem in using it.

Let’s see how to use it.

Install and use Tap, Tap double back Gesture app on Android

The latest release for the “Tap, Tap” gesture Apk is available on the GitHub page of the project. Here is the link. 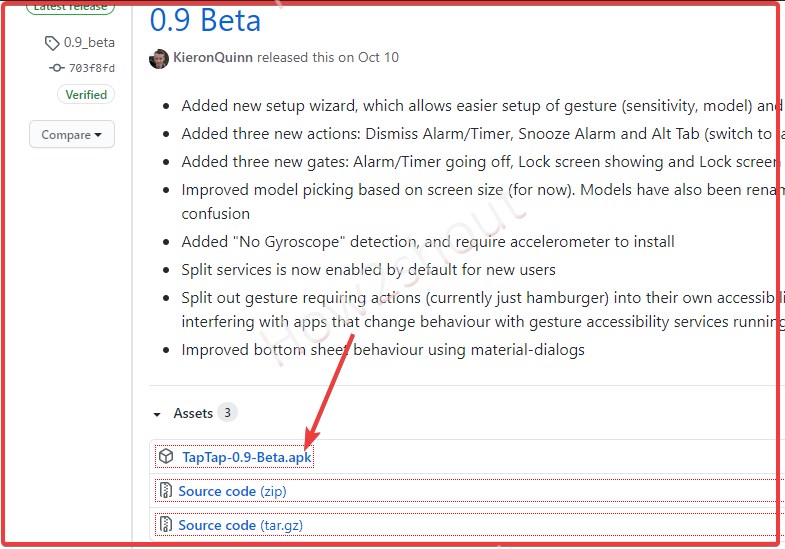 Once you have the APK file on your smartphones, open it to initiate the installation process. You might need to enable permission to install third-party apps. 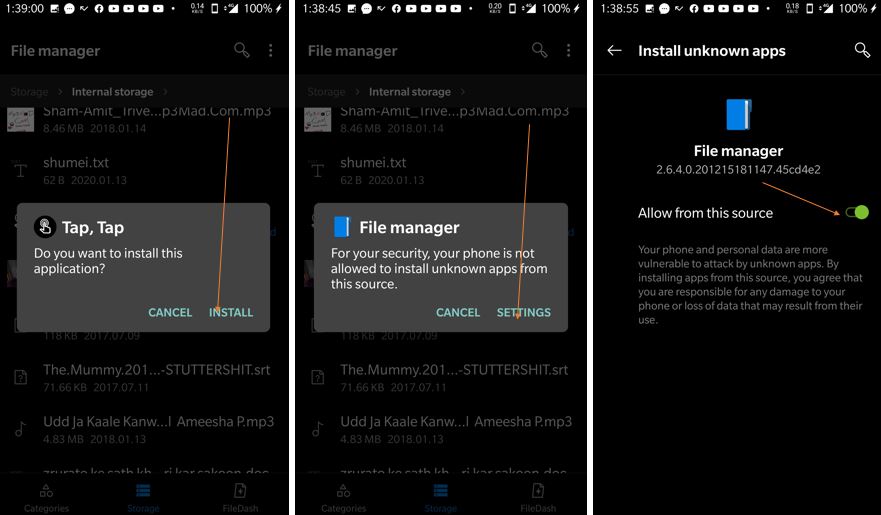 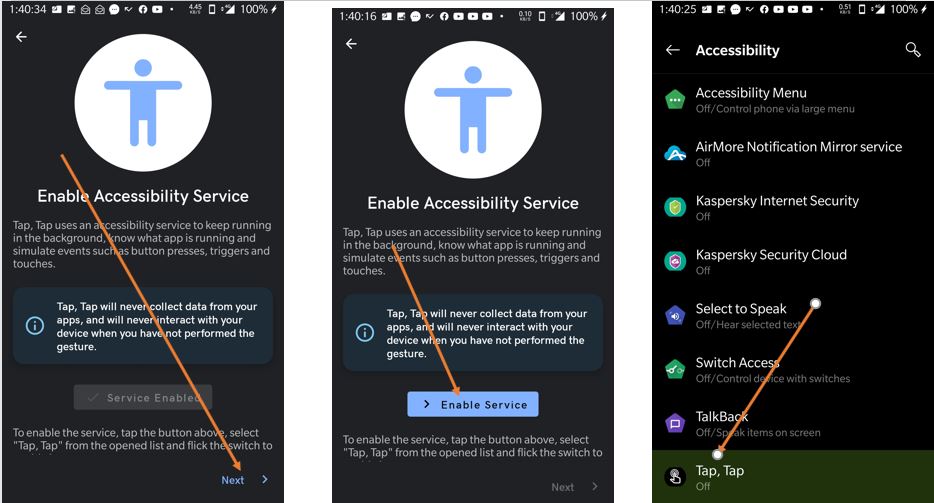 5. Let it in run background

As we want to access the double tap on back feature any time, thus it is important that it should be running in the background. Therefore, select the “Disable battery optimization” button and let it always run in the background. 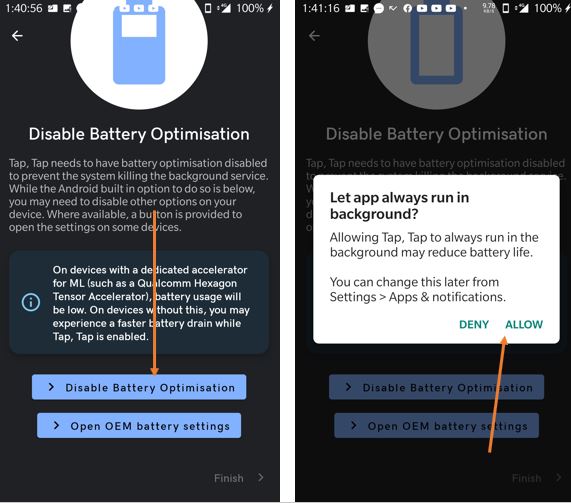 6. Set Torch, Camera, or something as double-tap feature actions

There are two types of Gesture actions, one is Double Tap and the other is Triple Tap actions. You can set different actions for each of them.

In this way, using this application we can turn any device to perform various things by tapping on the backside of it.

How to show hidden files in Windows 10 using Command prompt