As we all know Destiny 2 is one of the most popular ever creations of Bungie. Destiny 2 is a multiplayer online FPS game, released in Q4, 2017, and since then it has been one of the most played multiplayer FPS games on the Steam library. Every week Bungie updates their official page where they inform the players all about their upcoming updates and projects. As the date of the launch of next season has been finalized, all the players expected some updates about the next season in this week’s TWAB, where there was nothing about the new update mentioned there.

So, the mystery started brewing, about the secret season of Destiny 2 which they have teased earlier. About a couple of months ago Bungie has discussed on their community page about this upcoming project; where a secret season would be launched on destiny. However, no updates will be assailable to the players until the season launch, and also that season would contain many surprises. So, many of the players, including me think this is it, as Bungie is going to do it with the next upcoming season 11, as season 11 is set to launch in the next week of this month. 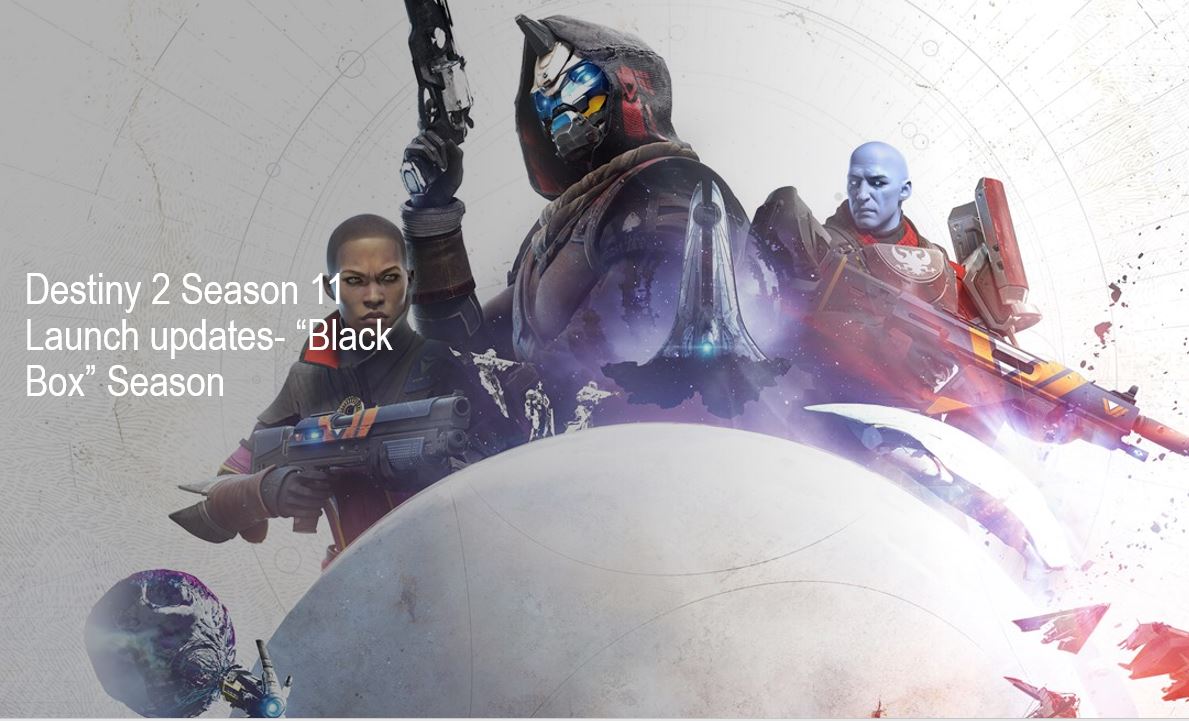 The launch date for season 11 Destiny 2 is going to be 9th June 2020, which is the next Thursday of the next week, so the countdown is on.

What we know about Season 11 Destiny 2

As Bungie has not disclosed anything about Destiny 2 on this week’s TWAB, so no one actually knows anything for sure. There are many people who think otherwise, as some of them believe that Bungie may be blacklisting Social media info leaking, and some of them even believe that due to the riots going down on the streets of the USA, Bungie was unable to launch any detail at TWAB. But, according to me and many other fans’ belief, Bungie is about to launch their Secret Season or so Called “Black Box” season project as the Season 11. If that is so, then no one would be able to know anything about the upcoming season until an hour before the launch.

All the above details apart from the launch date are based on fan theories, various posts, and my own experience and expectations. So, do not feel bad if the above theories are proved wrong. So, keep playing and enjoying the skies until the new season or any new teaser falls down, until then bye.