Press release: To ease out the guest check-in experience at hotels, DJUBO, a cloud-based PMS platform, with all hotel technology verticals built into a single platform announced the launch of ‘Djubo X-press’, an iPad based self-check-in app, which enables the guests to just walk-in, use a self-check-in kiosk, issue room key cards and walk into the room with zero human intervention.

The hotels’ guests’ check-ins involve several steps like signing up a Guest Registration Form, guests ID validations and maintaining records. In addition to these, the Front Office needs to keep in mind factors like coordination with Housekeeping to ensure the rooms are ready, check-in time of guest, and any outstanding balance which needs to be collected at the front office and so on. All these are all critical aspects, which are taken care by ‘DJUBO Xpress’. Traditional property management software market size is estimated at around USD 14 billion, out of which the Indian market is pegged around USD 162 million. 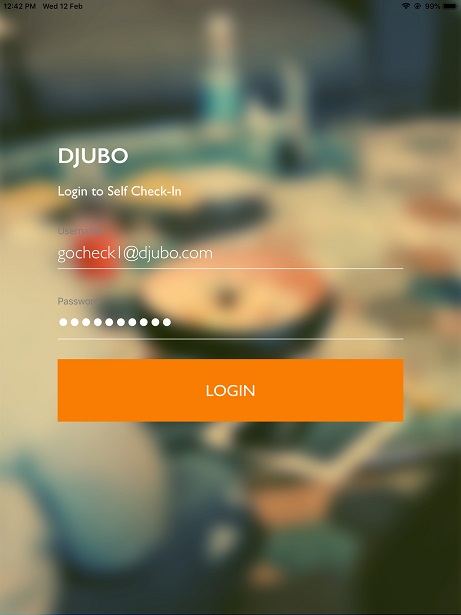 Speaking about this innovative product, Mr Sankalp Goel, Co-Founder, DJUBO, said, “As a new age Property Management Platform, DJUBO has always been focused on solving problems for the Hotels and improving the experience for their guests. Guest check-in is one of the first touchpoints of a guest with the Hotel and contributes significantly towards the guests’ experience at the Hotel. A guest who is tired from a long journey and is eager to enter the comforts of his/her hotel room is often made to wait for a long time for the check-in process to complete. As per a survey, the guest check-in process can take up to 30 mins and could even last up to an hour during peak check-in hours! Hopefully, the idea would also pave the way for bigger opportunities for the OTAs and Hotels to harness the power of upselling and cross-selling to the guests, thereby adding overall value to the ecosystem.”

Recently, Madhya Pradesh State Tourism Development Corporation (MPSTDC) implemented DJUBO’s X-press Check-In kiosk at one of their properties. Mr Ajit Bhaskar, GM Marketing, MPSTD, under whose leadership this implementation was undertaken, said, “In the expectation to reduce the workload of the front office, we deployed DJUBO X-press at our hotel Palash in Bhopal lately. We were glad to see that it has not just helped us in optimising our operations but also was well received by our guests.”

What’s at Play with Smart TOYS? Hidden Risks for your Child…

How to enable the tab grouping feature on Chrome 80