Bollywood star Akshay Kumar announced a new upcoming game called FAU-G, which created a storm of billion searches over YouTube and Google within the last 24 hours. It was no official announcement event, but actually it was just a Tweet from Akshay Kumar’s verified Twitter handle, and that’s it.

I have searched all over YouTube but still, I was not able to find any official Trailer or Teaser of the upcoming game FAU-G. Though there are many channels who uploaded trailers of the game, the truth is all of them are fake or fan-made.

I do not why millions of viewers fall for such tricks and end up doing like, comment, and subscribe to those videos & channels. But, that is not our topic for this article, but then also just to clarify let me give you an example. 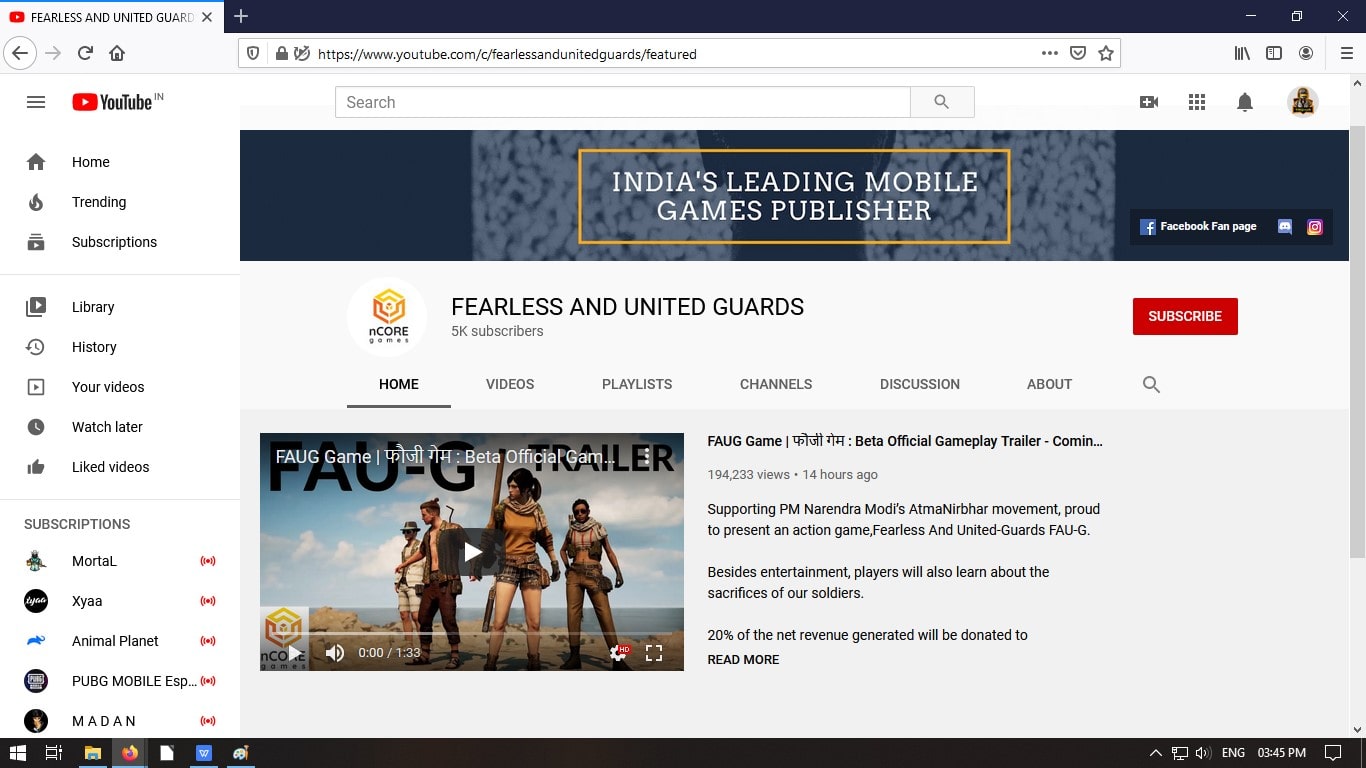 In the above screenshot, you can see that there is a YouTube channel named after the  FAU-G (Fearless and United Guards), which also has an nCORE Games logo in DP. This channel has only one video posted 14 hours ago, but it already has 5K+ subs at the time of the screenshot. But this channel is a fake one, and the video as well. If you are one of those who thought of this video to be the original FAU-G trailer, in reality, it was the launch trailer of PUBG PC Karakin Map. So, do not fall for such fake channels and fake videos. But seriously the funniest part was for me reading the comments under the video, where more than 500 people believed this trailer to be true and appreciated it.

So let me assure that there are no official trailer or official teaser or motion poster anything launched for the game. There is only one image of the game is available officially which you can see on Akshay Kumar’s Twitter handle and that’ it.

Supporting PM @narendramodi’s AtmaNirbhar movement, proud to present an action game,Fearless And United-Guards FAU-G. Besides entertainment, players will also learn about the sacrifices of our soldiers. 20% of the net revenue generated will be donated to @BharatKeVeer Trust #FAUG pic.twitter.com/Q1HLFB5hPt

So, let’s try to forget all you know about FAU-G, and sum it up with all the authentic details we know about this game till date i.e 5th Sept 2020. 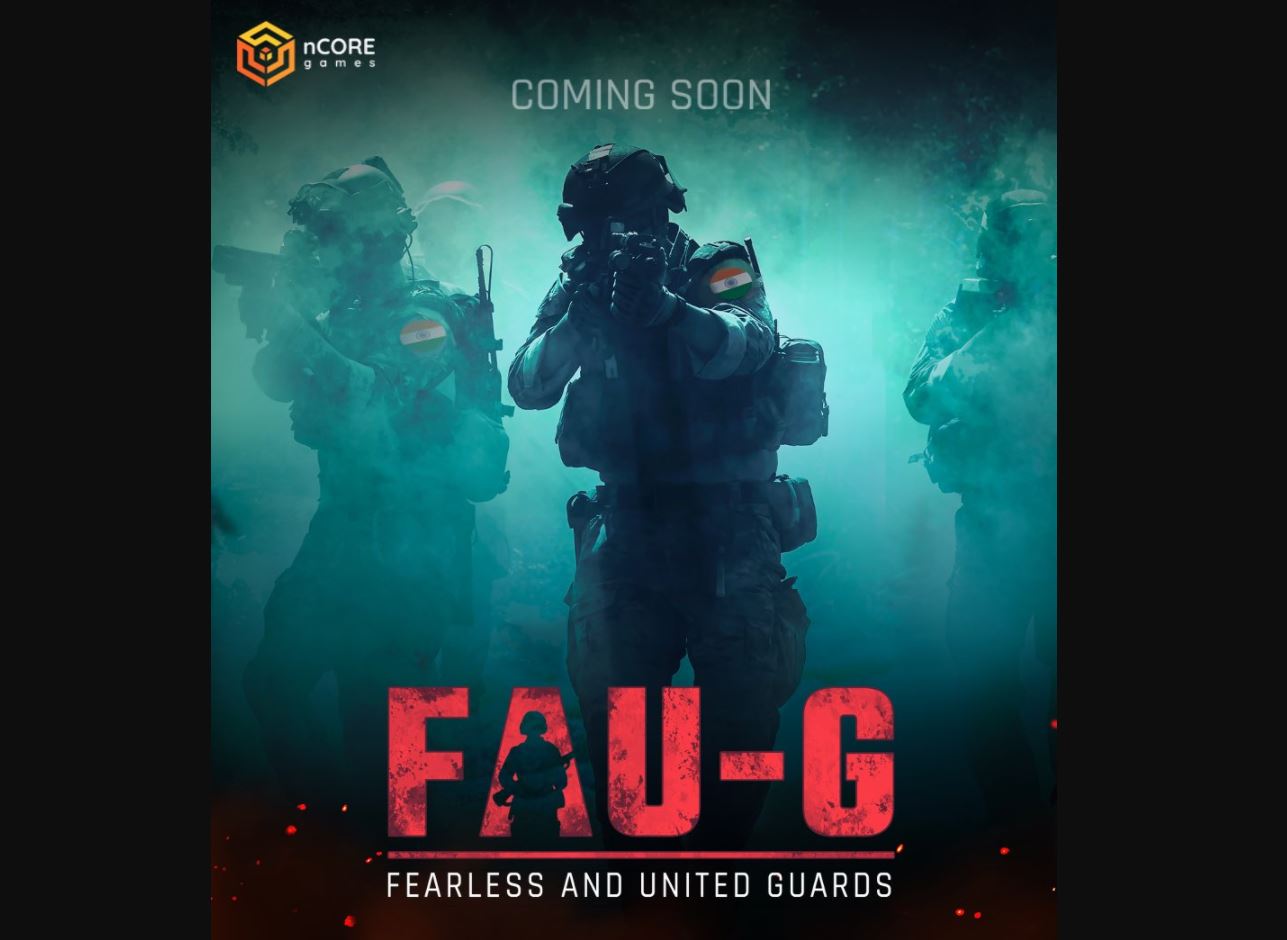 Contents show
All we Know about FAU-G Developers, Publisher, and Investors
FAU-G Development FAU-G launch date
FAU-G Gameplay
A Warning for All
Wrapping Up

All we Know about FAU-G Developers, Publisher, and Investors

A Warning for All

This overall FAU-G announcement thing can be just a publicity stunt as well. Remember the FREEDOM 251 smartphone project, which was also an indigenous-make in India project, but it was proved to be a scam later. The FAU-G is giving me such kind of vibe already, especially due to the facts of the subtle announcement by a Tweet, copied image, and copied name. So, beware about it, and do not invest any money on pre-ordering the game if there any such thing appears. Fingers are crossed and I hope we will get some other updates if the project starts rolling at all.

It takes time to develop a new game from scratch and it takes hell lot of time and effort. Especially if the game is about to become the indigenously made PUBG alternative then the expected standards are damn high at all the aspects. So, yes it is going to be long before we see any real official trailer from the devs and the launch date is even further than the expectation of the most.

But surely as it is going to be an indigenously made game of India, the FAU-G is going to get millions of downloads at its initial days. But, then also the future lies upon the quality of the game and gameplay itself. We will keep you informing about any new updates on FAU-G.

Top 8 Machine Learning Algorithms that one should know