Huawei released its first new Nova 4 with a perforated full-screen design. The industry’s first blind hole solution, the 4.5mm diameter is the industry’s smallest, and the 3.05mm built-in self-portrait is also the smallest.

So, how does Huawei do this? When interviewed by the media after the press conference, He Gang, president of Huawei’s consumer business mobile phone product line, made a detailed explanation.

He said, Nova series hopes to be simple to the extreme, instead of stacking the functions to the extreme, while making the products thinner and easier to understand and use, so the hole digging technique is adopted and the way of not penetrating is chosen because of the piercing. The screen must add black borders to the camera, which is visually larger.

He also revealed that when it began to adjust the technology with suppliers, it was too difficult to do it, but Huawei and the suppliers worked together to research the problem and finally realized the camera hole. This is a brand-new technology point, which is very difficult. The supplier is also very nervous and has to release it 10 days before it is first sold. Furthermore, he expressed, some people asked why Huawei succeeded because Huawei was stupid and chose the most difficult way to walk. Others said that Huawei is the smartest because the most difficult road is the road to success. The way to go is good. Too many, so Huawei finally insisted on choosing the blind hole scheme to realize the design of Nova 4. 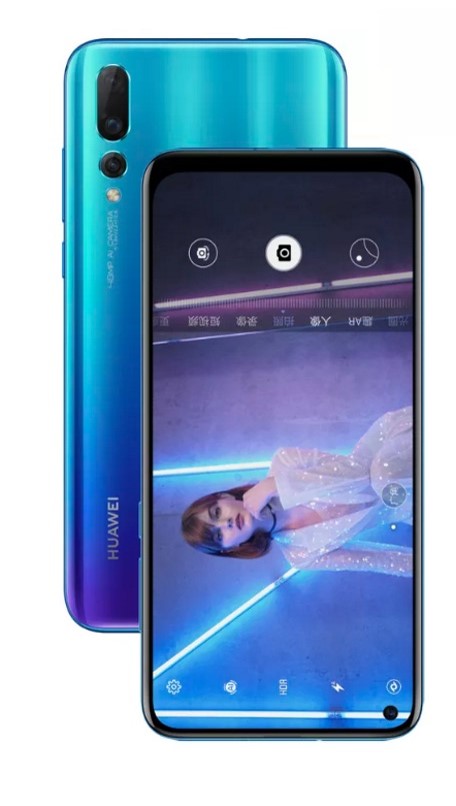 In addition, for the four colour schemes of Nova 4, the front panel has a black border. The area outside the display screen is very small. The overall black aesthetic is good because of full-screen view and bezel-less display.

The cost of Huawei Nova 4 is 3,399 yuan around $490) for the specifications mentioned above. The slightly cheaper model is also available at 3,099-yuan around $450 in which the 48-megapixel sensor replaces with 20-megapixel.

Currently, it appears in China but in a few days likely to move to India and Europe too by Huawei.