itel mobile recently publicised a teaser of its new smartphone. It gives a glimpse of what is in the mind of itel for the consumers this time. The upcoming phone of the itel would be with big display and face unlock.

This Transsion Holdings’ company that established in 2007 Hong Kong majorly plays in the budget segment which is the big chunk of the mobile market in India. In August, they had launched the Android Go armed device with dual camera configuration which was priced at just  ₹ 5,999, a very budget-friendly smartphone. Before that, they showed up with entry-level Intel A62 smartphone (price ₹ 7,499) with dual rear camera setup, face unlock, and Bokeh mode.

The trend which follows by the itel, so far, one can easily guess this next edition of there’s would also be around the budget segment with an affordable price.

From the upcoming teaser, it seems the display of the phone might be 18:9. However, the image of phone given in the teaser not clear much for one hit the arrows but still, it seems like either there be a notch or thin bezel all around the screen; to create a room for sensors and earpiece. 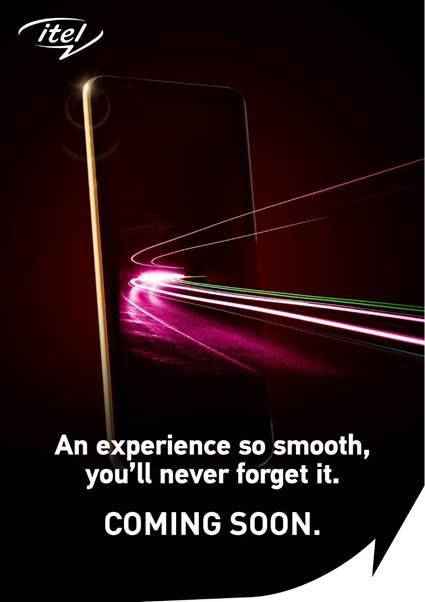