Press release: Letstrack, a vehicle tracking security system has recently been awarded with ‘Aegis Graham Bell Awards’, one of the prestigious awards in the country at its 10th edition attended by the top business companies from Asia. Letstrack, a global leader in a vehicle tracking security system has won the prestigious Aegis Graham Bell Awards for Innovation in IoT (Internet of Things).

In 2016, Letstrack started with just five employees aiming towards being a leader in the GPS tracking space. Today, being Asia’s no.1 GPS vehicle tracking system, they are providing significant opportunities to more than 500 people in the organization. Mr Vikram always believes in celebrating even small milestones to encourage the team to work harder which resulted in expansion beyond the Indian and UK boundaries.

Niti Aayog & Cellular Operators Association of India supported Aegis Graham Bell Awards is a tribute to the father of the telephony, Alexander Graham Bell. The Award is intended to promote innovations in the IT, Telecom, SMAC domain and Exponential Technologies & provide recognition for outstanding contributions by the innovators. 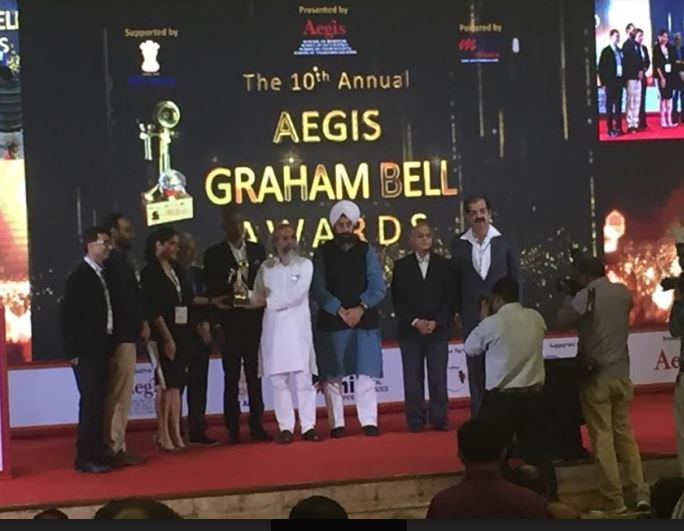 Speaking about the achievement, Mr. Vikram Kumar founder and CEO Letstrack stated (“Anything that moves needs tracking”) proves that a small idea with great determination can do wonders. My dad use to say “Money makes Money” but it’s completely changed now because “Idea is a new currency”. Look at Whatsapp with 50 employees they made $19 billion dollars in 2014. *Winning 10th AEGIS GRAHM BELL Award for Innovation in IoT (Internet of things) means a lot for me personally and for the whole team because it was against the giants of the Tech Industry, like *Accenture, TCS, Tech Mahindra, Vodafone, Airtel and Wipro.

Letstrack has been earlier awarded with other popular awards like Best Vehicle Security Company in Asia by ET Now, Top Disruptor in India by Business World Disrupt, Innovative Startup of the year by Entrepreneur India and many others.

Letstrack is growing day by day and the secret behind the success is not just his big thinking, but the involvement and the motivation provided to the team. The company is currently operating in India, Sri Lanka, US, and Bangladesh.

The vision of Letstrack is to track “everything that moves”. From pets to elderly people in the family, from two-wheelers to 4 wheelers, they have an array of products to cater to all tracking needs.

Why laptop cameras are not as good as smartphone cameras?