Panasonic P100 budget smartphone was launched recently and can give a direct competition to Xiaomi Redmi 5A. The specifications of both the phones are almost same except the processor. From my point of view, it is the first phone of the Panasonic under 6K which blends good specs and design. The PanasonicP100 is available in two variants– one is 1GB at the cost of Rs. 5299 and second is 2GB at Rs. 5999. Although the cost (MRP) mentioned on the box of the Panasonic P100 2GB model is INR 7299/- but Panasonic selling it at a much lower price; to compete for other budget phones available in the market, might be the one reason for dropping the price.

As we know, the Panasonic mostly play around budget or entry-level smartphone and that’s why the MediaTek chipset is the popular choice for the company. And somewhere, here the Xiaomi phones sweeps the ground because of the better processor in its budget smartphone too. The Panasonic runs on MediaTek chipset with a processing power of 1.25GHz and Quad cores.  The inbuilt storage capacity of the phone is the same 16GB in both the 1GB and 2GB model. The OTG support is also there to use the external USB drives and peripherals such as external mouse or keyboard to enable the user for better productivity. It has two SIM slots and one dedicated memory card slot.

The Panasonic P100 does not have a uni-body design but at this price, it not going to be underestimated you at any cost. The glossy blue back really not feels cheap but attracts fingerprints and dust.  The camera and flash are stacked together in a vertical alignment, the camera is placed above the flashlight. Just below the camera setup, you will find the fingerprint sensor. We have not yet tested the performance of it so that we will discuss in the full review. In the middle section of the back, you will find the Panasonic branding. The speaker grill for sound output is situated at the lower part of the back. 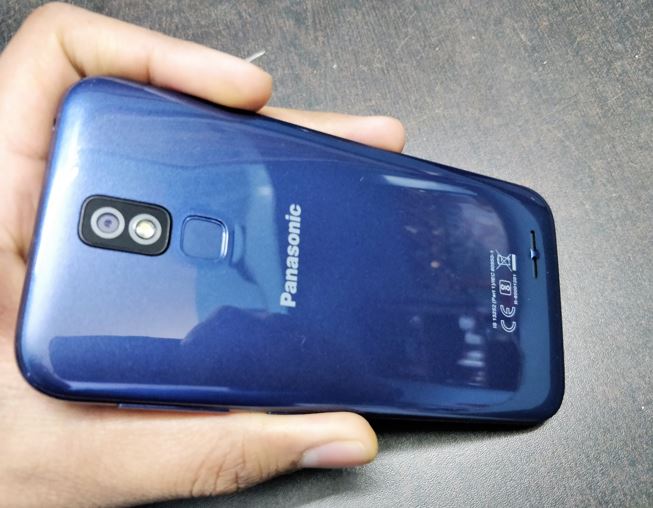 The back cover of the Panasonic P100 is removable under which you will find a space for battery, two SIM card slots and dedicated microSD card slot. 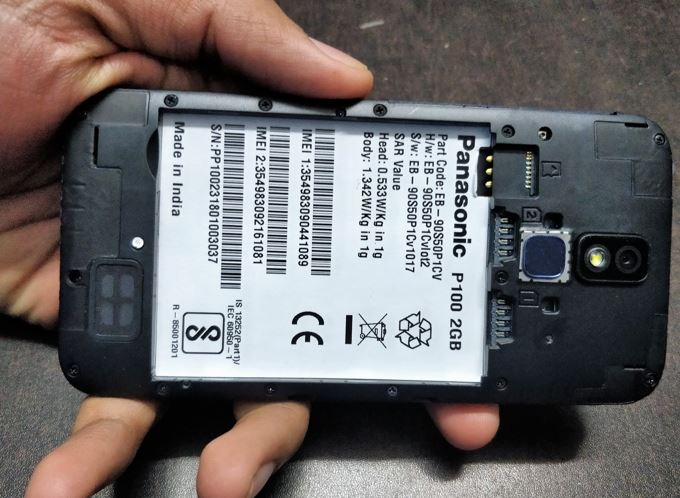 The bottom side carved for micro USB port that can also use to support the OTG. 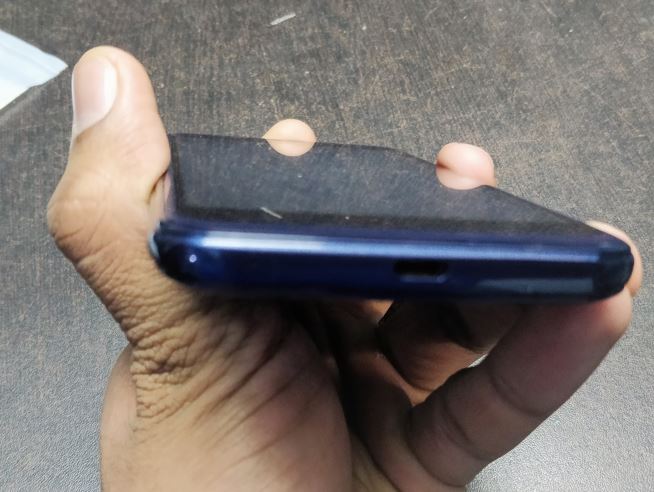 Audio output for headphones, the 3.5mm jack is situated on the top side of the phone. 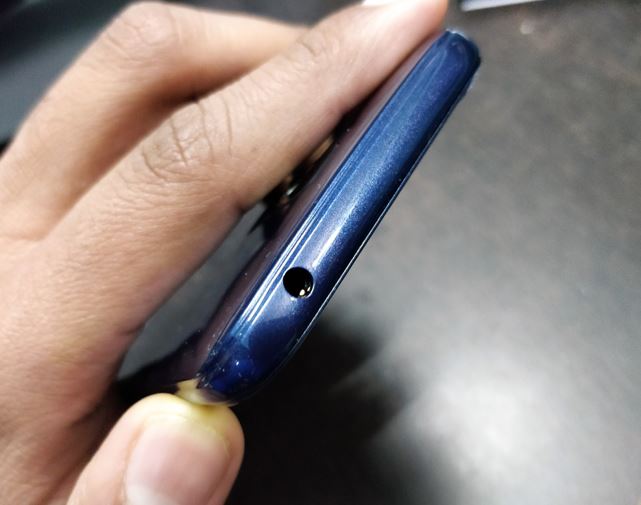 The Panasonic P100 uses a 5 inches HD display with a protection of 2.5D curved Corning Gorilla Glass. However, which version of Gorilla it uses is still unknown. The upper part of the display consists front camera, ear speaker grill, sensor and front flash. The good thing is the phone has capacitive navigation buttons.

The edges of the phone are round and look very similar to the earlier HTC smartphones. The volume rocker and power button are on the right side of the phone. Overall, the Panasonic P100 offers a very comfortable grip and comes in a very compact form factor. This makes it easy to hold in hands and use with one hand as well.

Panasonic P100 doesn’t allow the device to sleep when it is in your hand for that you need to enable the ‘On Body Detection Mode’ feature of the phone, however, it locks itself as soon as the device is away. The ‘Bluetooth Unlock Mode’ and ‘Trusted Places’ feature unlocks the device whenever it is near a Bluetooth trusted device or place like a car or home respectively. Additionally, the ‘Trusted Face Mode’ and “Trusted Voice Mode” is useful while your hands are busy c

Moreover, there is no difference between these two variants of the Panasonic P100 except the RAM. P100 packed with 2200mAh battery and weighing 174.8 gm.

It comes with smart actions such as ‘Pocket Mode’ which increases the ringtone of the phone if it rings while in the pocket and ‘Flip to mute Mode’ which can turn the phone silent with just a flip. The new P100 has additional features like smart answer, smart dial and smart wake up which makes the device more intelligent.

Conclusion: Affordable and first value to money device from the Panasonic at least to me, however from battery perspective, it seems a bit week but that can only be known after reviewing the product. We are still using the Panasonic P100 and after testing and using it around a week, then only we can give some verdict, till then stay tuned and wait for the review…

7 Best and popular budget smartphone to buy this Diwali 2020