We are living in a parallel virtual world today where a major portion of the urban population is dependent on the World Wide Web as a source of information. It is almost impossible to imagine a life without the internet as it has become an integral part of our daily routine. From using multiple online services to fulfill our day-to-day requirements to accessing networks for our daily dose of entertainment, the internet has done it all. There are two types of networks that we generally utilize.

To access the network, one must have a modem or router installed at his end. When you use these connecting devices to transfer data to your smartphone, smart TV, and other smart devices at your home, it’s called an Internal network but when you use this network to access data and services outside your personal space i.e. the outer world, it’s simply referred to as an External network. Whether you are watching a video on YouTube or simply type ‘google.com’ in the search tab to access the Google homepage, the process of acquiring the required information is quite similar.

When you try to access the Google homepage via your modem or router, a request is sent to the corresponding server or data center with your virtual address and the server in which the required page is stored responds to your IP address with the desired content. Now when you start exploring the digital world, security concerns will always play their part in worrying you about your online safety. 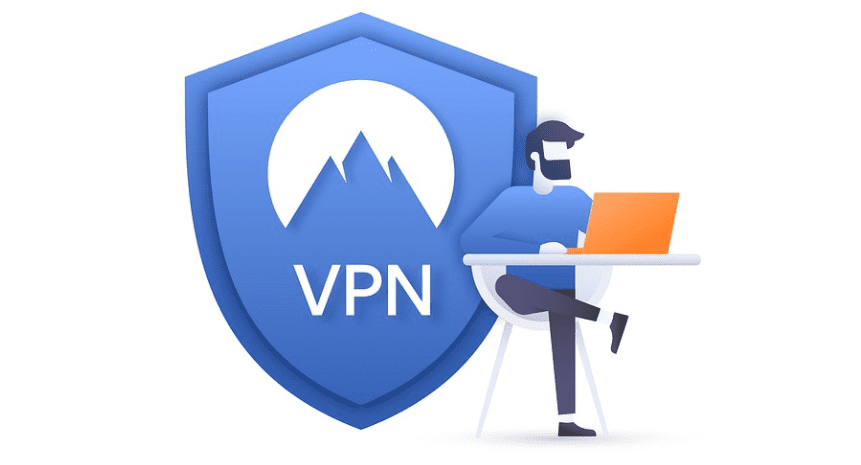 Several risks are associated with the usage of an external network-

All of the above-mentioned shortcomings and threats can be reduced by using VPN which stands for Virtual Private Network.

Why is VPN needed?

Virtual Private Network was first developed in 1996 by Microsoft to enable remote employees to access the secured connection of the company from anywhere. This actually doubled the productivity of the organization, encouraging other companies to explore this new technology as well.

The moment you start sharing your personal information over the internet while making online payments or transactions, you open a window for unwanted threats to invade your privacy. Let us dig deep into how useful and crucial VPN can be to protect your virtual world experience-

How does VPN work?

To understand the working structure of a VPN facility, we need to assess both scenarios-

When we access a website without a VPN, The ISP helps us to connect to that particular website. ISP gives us a unique IP address but since it’s the ISP only who is handling and directing all our traffic, it can definitely find out about the data that are being processed which makes it obvious that our privacy is being compromised.

When we connect to the internet with a VPN, the VPN application on our device which is also known as VPN Client establishes a secure connection with the VPN server. Our traffic still passes through the ISP but this time ISP will not be able to figure out the final destination of our data. The website we are visiting will also not be able to see our original IP address. 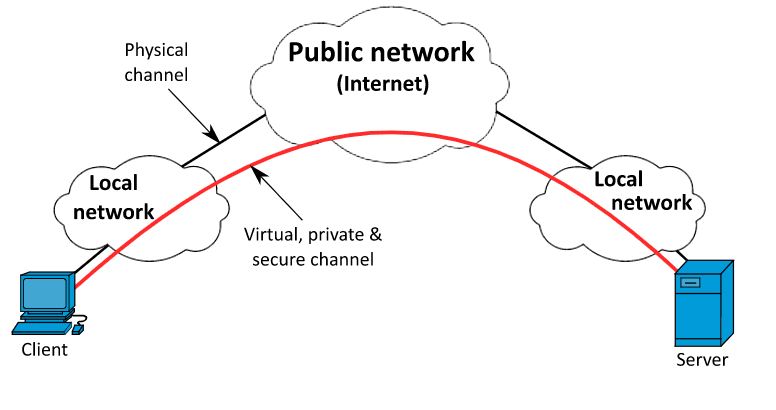 There are two basic types of VPN:

It is also known as Router-to-Router VPN which is most popularly used in corporate environments, especially when any enterprise has its branches across the globe at multiple locations. In this situation, a site-to-site VPN creates a closed internal network as such that facilitates all the locations to work and coordinate together. Site-to-Site VPN can be categorized as follows-

When workplaces of a similar organization are connected using a Router-to-Router VPN where the network access is granted to the personnel of that organization only.

When multiple organizations create a closed internet connection using site-to-site VPN where a branch of one organization establishes contact with the workplace of another organization.

In a site-to-site VPN, one point works as a VPN client, and another point as a VPN server as it depends on the Router-to-Router correspondence. When the verification is approved between the two points, only then the correspondence begins.

There are many ways in which packages are sent and data exchange is performed over the internet. As a delivery partner customize the packaging of your product according to the nature of the item to be delivered, VPN protocols also determine how your data is sent over a VPN network.

A VPN protocol is a set of rules on how the data will be packaged and sent over a private network through established VPN tunnels to safely exchange data. VPN allows you to connect to a remote server as if you are connected with a wire, making a separate and distinguished network for outsiders. To make this sort of connection possible, we need VPN tunneling protocols to establish a safe tunnel for your data to reach the remote server and bypass firewall restrictions. Each VPN protocol has particular traits that make them better at some specific tasks.

Let us explore the types of VPN protocols that are most commonly used:

It can provide several options for strong authentication and protect communication security and integrity with strong encryption.

Though VPN provides several benefits like hiding your browsing history, IP address, location, streaming location, devices, and web activity, it has certain disadvantages also. Comparatively slow speed, No cookies protection, and lack of total privacy can be some of them. The security provided through VPN is undoubtedly striking but still, it cannot be considered as a 100% secured connection as it might safeguard your data from external hackers, ISPs, and government but your details still can be seen by your VPN provider. Therefore, it is highly recommended to avail of VPN services from a trusted VPN provider only.

While selecting a suitable VPN provider, you must focus on certain points:

VPN facility can be availed on each device that has an active internet connection including your laptops, tablet, smartphones, voice assistants, smart appliances, and smart TVs as well. Several VPN providers provide trial versions of their services with certain data usage limitations. You can download VPN clients for multiple devices from the site of these providers along with the free trial versions. Some of the best VPN providers of 2021 that are recommended are as follows:

VPN is a very beneficial facility that should be utilized for good. It’s in our hands whether we use it for achieving something positive or to accomplish malicious motives. Select sincerely and use wisely.

How to increase your Internet security to surf safely and privately