Samsung Galaxy M53 5G is a mid-range and one of the best smartphones under INR 30, 000. However, it is not alone in the market, if you are planning to buy this smartphone then here are some Galaxy M53 5G alternatives to look for.

Galaxy M53 5G is available in two variants one is 8GB/128 GB and 6GB/128GB with a slight price difference because of RAM. Otherwise, both variants are the same. This Korean company already has captured almost each price segment of smartphones and its M series has quite a firm foothold in the market. M53 is a 5G phone which means it is future network-proof, along with that 5000-mAh battery to give 1-day of backup for power users.

For Display, it has Super AMOLED (120Hz) which not only provides high-quality color and black levels but also helps in saving battery life. For the camera, the primary lens of Galaxy M53 is 108MP whereas the front features 32MP. And for computing power, under the hood of M53, the phone features MediaTek Dimensity 900 SoC with Core 2.4GHz (6nm) Processor. For cooling, it has a Vapour cooling chamber.

Well, we can have better or equal specs in other smartphones, if you are not a fan or didn’t have a good experience with the Samsung brand then here are some good replacements for its Galaxy M53 smartphone.

One of the best Chinese smartphones to replace the Samsung M53 in terms of specifications. POCO F4 5G is available in three variants one is 6GB/128 and others are 8GB/128GB and 12/256GB. The starting models are under 30000 INR whereas the 256GB storage one is slightly costlier. However, the smartphone is worth the price it is available at. Whereas most of the smartphones in the price segment resort to MediaTek, this offers Qualcomm’s Snapdragon 870 SoC and 6.67-inch E4 AMOLED Display panel with a 120Hz refreshing rate.

The camera section of the phone will also not going to underestimate the consumers, for the rear it combines a 64MP + 8MP + 2MP lens setup, and for the front 20MP. Where Samsung smartphones are not offed with chargers by the company, POCO comes with 80W fast charges and a 4500 mAh Lithium-ion Polymer Battery. 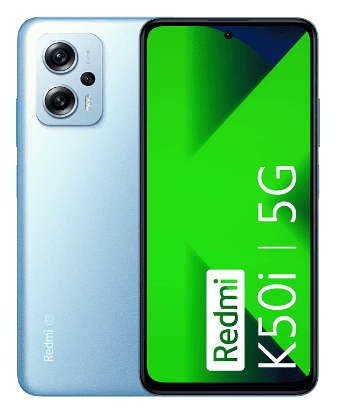 Xiaomi Redmi K50i is another best alternative to Samsung M53 5G under INR 30,000 with 8GB RAM and 256 GB of Storage (UFS 3.1).  It has a better process than M53, which is 5G-enabled MediaTek Dimensity 8100 built on TSMC’s advanced 5nm process technology for better gaming and computing performance. Furthermore, its price is also better as compared to Galaxy M53.

In the mid-range, the performance of the Redmi K50i is similar to some flagship smartphones. For the camera, it uses a 64MP of Samsung GW1 sensor armed with an ultra-wide lens of 8MP and 2MP Macro triple camera setup. . For power, the inbuilt battery of the smartphone is a 5080mAh that supports a 67W charger. Well,  for display it doesn’t have AMOLED, instead, IPS LCD with a 144Hz refresh rate and FHD+ resolution. 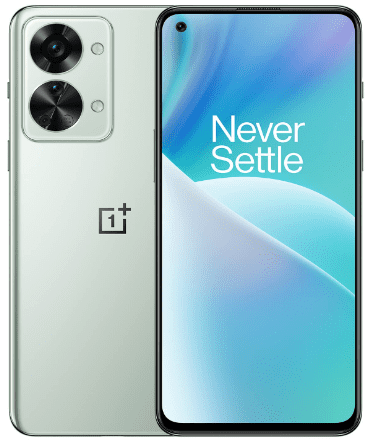 OnePlus is not an unknown brand, already it has a good reputation in the mid to high-range budget market. One of the lately launched models of OnePlus is the Nord 2T with 5G, an upgrade of Nord 2 with some improvements. It offers better performance as compared to Samsung M53 under the hood it also uses Meditek but Dimensity 1300 for gaming and computing tasks. In the camera department, the smartphone uses 50MP Sony IMX766 primary sensor.

In terms of display, it is not behind the Samsung M53 and offers a full AMOLED panel with FHD+ resolution. However, the refreshing rate is not up to the mark and is beaten by the Galaxy M53, as it is 90Hz. Also, in terms of battery Oneplus Nord 2T has a 4500mAh battery. If we talk about storage then 8GB RAM /128 GB is there, nevertheless, 12GB RAM & 256GB Storage variant is also available but at the cost of some additional bucks. 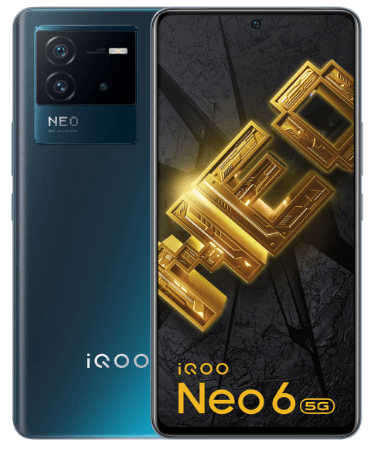 Another Chinese smartphone brand and sub-brand of the VIVO – iQOO offers a mid-range smartphone Neo 6. The entry price of the iQOO Neo 6 while writing this article was 29,999 INR for 8GB/128GB which is almost equal to the Samsung M53, however, the specification of Neo is better. And don’t forget you don’t need to buy a charger unit externally.

The smartphone specifications are similar to POCO F4 5G. iQOO Neo 6 is a 5G smartphone with Qualcomm Snapdragon 870 chipset and an E4 AMOLED panel with a 120Hz refresh rate. For photography, it has a 64MP Samsung GW1P sensor with OIS stabilization. For fuel, the mobile uses a 4,500mAh battery, and to charge it 80W turbo charger is there. 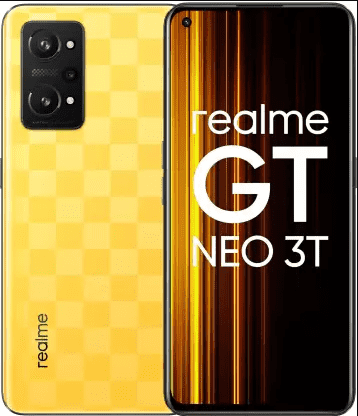 To replace Samsung Galaxy M53 5G with another smartphone contender in this list is the Realme GT Neo 3T which is a successor to the GT Neo 2. The smartphone is also a mid-range one that falls under the 30k INR budget.

In terms of specification, this one is powered by Qualcomm Snapdragon 870 SoC with Super AMOLED display at 120Hz and is available in two variants one is 8GB/256 and the other 6/128 GB. The camera setup is like other given alternatives of Galaxy M53 on this list which is a 64MP shooter + 8MP ultra-wide and 2MP macro sensor.

To power the phone, it uses a 5,000mAh battery with 80W charging support. 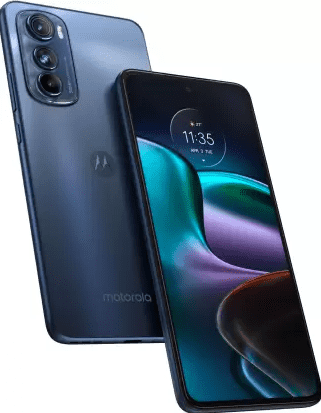 The Moto Edge 30 is also a 5G smartphone with a slim design and 144Hz pOLED Full HD+ (with HDR10+ certification) and Qualcomm Snapdragon 778G+.

The best part is the lean and bloat-free Andriod OS without any extensive customization. Further, the battery is not equal to Samsung’s but not much less, it is a 4020 mAh Lithium Battery with 33W Charger.

If you have any other best alternative to Samsung galaxy M53 in mind, the comment section is all yours.