The Candy Crush Saga is the most famous mobile game around the world. Candy Crush has more players than PUBG and COD Mobile combined, yes that much popular it is. Candy Crush made their players addicted to the game and people from all age groups comes under that fanbase. In simple, there are more than a billion players in the world who have at least tried Candy Crush once.

Candy Crush is not just swiping on the screen to match candies, it is quite of a brain teaser game. Also, Candy Crush is more addictive than you think, that is why Candy Crush has more players than PUBG, Call Of Duty, or CSGO. The game itself may seem childish but the game is very good. Candy Crush may seem easy at first but in later stages the became damn hard and almost impossible to crack. People also search for solutions over the net, so that they can crack the level and go on to the next.

Bejeweled is a classic puzzle game and one of the best alternative games that was launched before Candy Crush. Electronic Arts have been working on such projects since long ago. The theme of Bejeweled Blitz is based on jewels and gems. Players can play casual matches where they can score points and complete the level by matching identical gems. 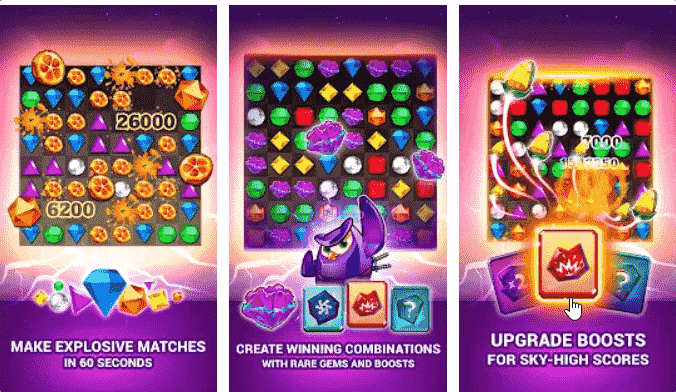 Another Candy Crush Saga-like gaming app was created by the famous Storm8 Studio that also developed Bubble Mania games. Jewel Mania features over 600 levels, and the difficulty level increase as you go on. The main theme is smashing glass and digging treasures to score points. 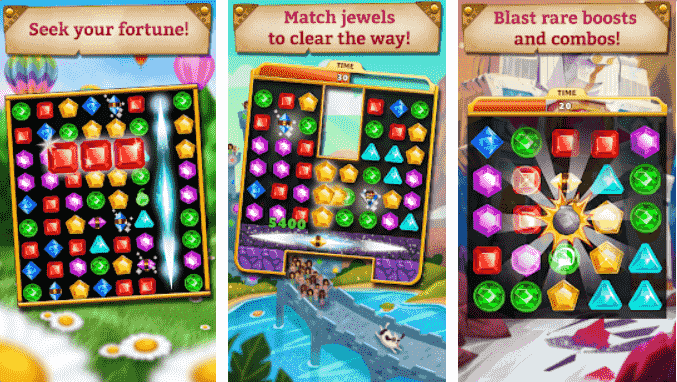 Two Dots is another best Candy Crush mobile game that has a very minimalistic look, but the game is not that easy. Two Dots is a complex game and it becomes more difficult in the later stages. In Two Dots, the levels feature different worlds, where each has different mechanics and objectives. You have to understand the mechanics and use them accordingly to connect the dots, to progress in the game.

Puzzle & Dragons are very popular in eastern Asia, and it is a true alternative to Candy Crush. Apart from Japan, Puzzle & Dragons have a lot of players in the Philippines, Singapore, Malaysia, and China. In this game, the player has to form a team of monsters who are going to help in the battle. 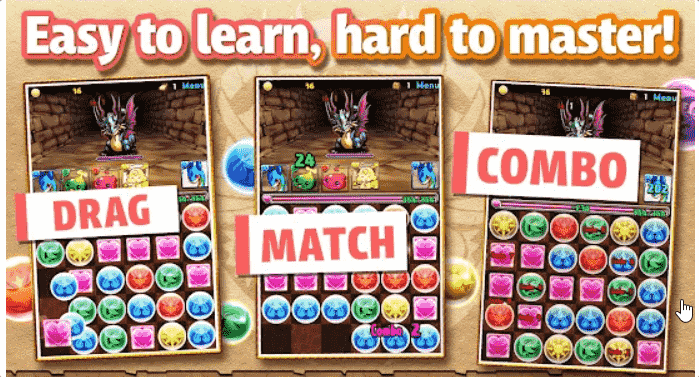 Cons: Contain lots of ads, no option for changing the name

This game is a combination of match-3 and dungeon-run gameplay. In 10,000,000 the player plays as an unnamed character who wants to escape from a dungeon before being trapped inside it. To do that, you have to match three tiles identically to make an effect instead of scores. By doing so, you can get treasure loot, or you can attack enemies with a melee or magical approach. 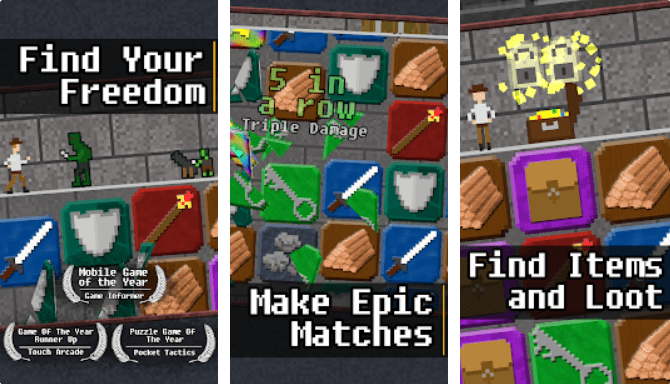 Pros: Highly praised by all the players, a unique game with exciting gameplay, doesn’t have any ads or in-game purchases, no lagging.

Cons: Not free to play, not a good choice if you are not into classic arcade games

Coming from Playlab and Rovio the studio behind the world-famous Angry Birds franchise, Juice Cubes is another great match-3 game. 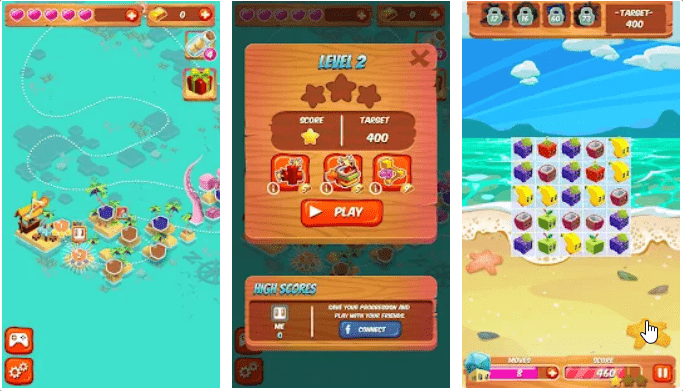 Pros: Over 700 fresh & free levels, new updates with new characters and elements, Facebook connectivity to compete against friends, completely free with in-app purchases, the in-app purchase can be disabled.

Like Candy Crush game, if you love colorful looks and visuals in your game, you are going to love Cookie Jam for sure. The game features over 1500 levels, to complete the game. 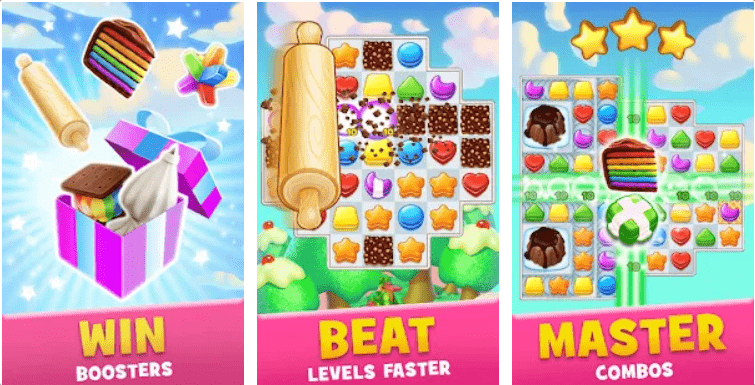 Pros: Free To play, great visuals, fun to play, and has other sequels.

Juice Jam is developed by the same team behind the Cookie Jam. In Juice Jam, the concept is making juice from fruits, if somehow you didn’t like making cookies, then this is for you. 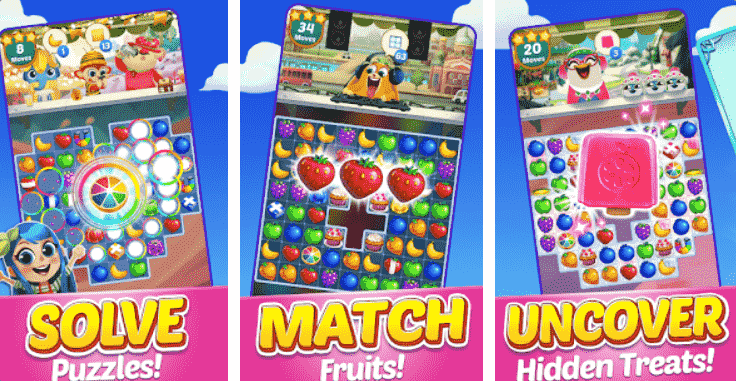 With the addition of the Magic: Puzzle Quest this list is getting even better. With the match-3 mechanics, the elements of a card game were mixed to create this wonderful game. A popular card game named Magic: The Gathering was the inspiration behind this awesome game. 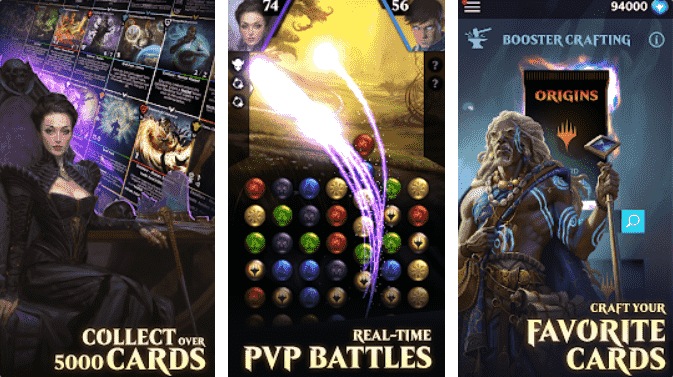 Developed by the same developer behind Magic: Puzzle Quest and the same type of gameplay concept have been used. This time with the match-3 concept, the unique attributes of Marvel superheroes have been combined to create a new type of gameplay. 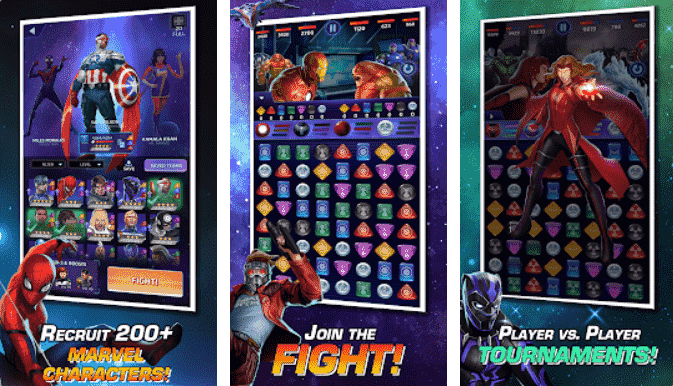 Zookeeper has already over 10 million downloads under its belt. As a Candy Crush alternative Zookeeper Battle already made its name and this article just sufficing it. 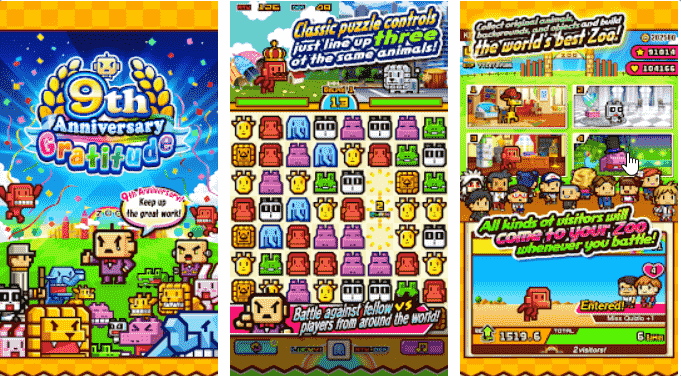 Pros: Free to play, Offers something unique, has sequels, and receives continuous updates.

Cons: Contain annoying ads, getting prizes are very tough, the black & white mode is disorienting for many players. The Zookeeper DX Touch Edition is not free to play.

Jelly Splash is a supercute, mainstream, straightforward Candy Crush alternative. The gameplay is just like any other match-3 game in Jelly Splash.

Triple Town is an old game in the industry, but still, it is one of the best Puzzle games on the Play Store and iOS. Triple Town was capped as Editor’s Choice on Google Play and also it was Runner up, indie game of 2011 on Edge Magazine, and Runner up, social game of 2011 on Gamasutra.com. 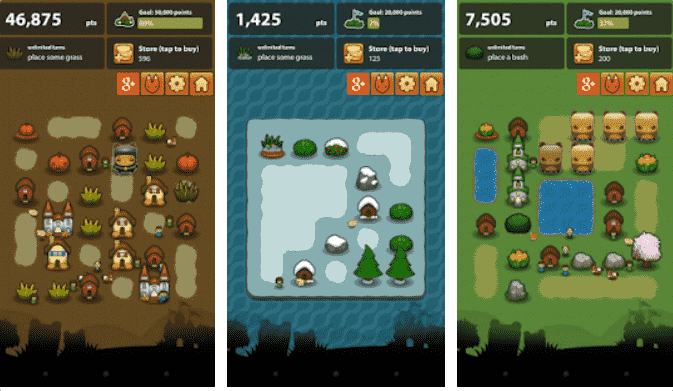 Based and developed by the legendary Pokemon franchise and the game is all about catching the Pokemons. There is no need to introduce anyone to the Pokemons. In Pokemon Shuffle, you will be playing as a Pokemon trainer, but you will not be battling with them. But you will be matching them just like in any other match-3 game.

Pros: Free to play, lots of players, and a huge community of Pokemon fans

SpellSmash is made for kids. This is probably the easiest game to learn and master on this long list. In SpellSmash you will solve puzzles as a wizard in a match-3 genre. Though the game is easy, some stages can throw a challenge to the player. 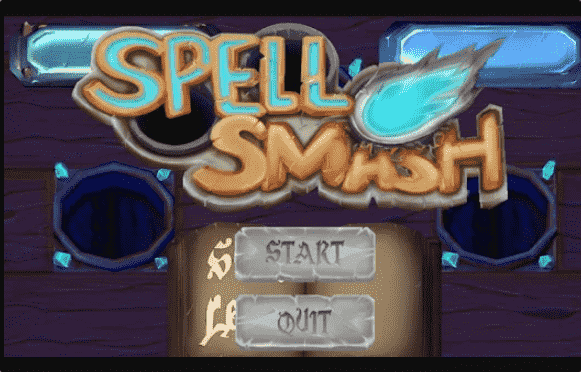 Cons: Contains many ads, available on Android only

Utilizer Deluxe is another unique game on this list. If you are an arcade shooting game lover, but also love Candy Crush, then Utilizer Delux is made for you. Utilizer Delux features an arcade space shooter environment, mixed with a classic match-3 genre. In this game, you can make color block combinations, upgrade your spaceship gears, completer various sectors, and test your gaming skills in survival mode.

Cons: Lots of glitches and bugs are still in the game, contain ads, need updates frequently, no iOS version available, ask for some personal data when launching the game first time.

In this article, I have Summed up all the viable Candy Crush alternatives in one list. Every player has a different kind of taste, that’s why I have mentioned different kinds of games for different types of players. Also when you are looking for an alternative, you must be looking for something unique in that, and in this list, each game has that something unique quotient with it. So, keep gaming and enjoy.