Are you looking for Moviebox alternative? Then here are some best Moviebox like apps to watch movies, TV shows, and videos online. It is a discontinued app which had the ability to stream or download different movies and shows online as soon as they aired, however, it is not up to date anymore. Thus, leaving people into a situation to look alternatives for it.

Note: We are not personally endorsing any of the Moviebox alternatives apps given here and listed just for knowledge purposes… Moreover, some of the below-mentioned alternatives may be illegal in your country, so go any of them at your own risk.

The first Moviebox alternative in our list ist Mobdro which provides hundreds of international TV channels along with different free video streams online from a different source. It is available for Android phones and tablets on its official website in the form of an APK file. The user has to download it manually to install as it is not available on the Google Play store.

Know how to install Mobdro on Android.

After Mordo, the Showbox is another alternative for Moviebox which is free but little different than it. It is more in providing free sources to users to make them watch movies and TV shows/web series. It can stream the videos in HD quality and no registration is required. Compatible with Android and Smart TVs.

When the terrarium TV got shutdown, a new best alternative entertainment app like Moviebox was in search by its users, and Cinema APK is here trying to cope with the requirements of the same. Earlier it was known as Cinema HD or HDMovies.

Just like other apps, no registration is required and available videos on it are free to use… Supports Android 4.1 or later.

If you are willing to spend a little amount per month then nothing is like Netflix, legal, and easily available for all platforms Android, iOS, Windows, Chrome OS, Web, Linux… It has hundreds of amazing web series and movies. It also offers DVD rental-by-mail service.

A User whose goal is just to watch popular American TV channels on Android smartphone or Kodi Media player then go for USTVNOW. It is available as APK as well as a plugin for Kodi Media player. Besides Android and Kodi the user can also install USTVNOW on PC, Roku TV, Firestick to watch channels like HBO, NBC, ABC, CBS, POC, CW TV, FOX, etc.

Livestream features hundreds of broadcasters around the world that means every time you have something to watch whether it is news or just entertainment stuff. Follow your friends and favorite accounts to get notified on our phone or tablet to viewers watching on Facebook, Twitter, Livestream, or any other website. It also supports Chromecast, Roku, or Apple TV.

Ustream is another alternative app like Moviebox where people can watch live videos and broadcast on phones or tablets. Discover upcoming events, broadcast your own video live, manage and re-share your Ustream recorded videos, chatting, and HD Broadcasting. Support phone and tablet.

Mivo Moviebox alternative app has the ability to show TV Online along with it allow users to live. It also shows the latest trending videos and options to share the same. It comes provides more than 50 TV Online both international as well as Indonesian such as ANTV, Trans TV, Trans7, TV One, Metro TV, NET, and other TV channels.

If you are from India then nothing is like Hoststar to watch Indian TV channels shows, movies, sports, and news. Everything on Hoststar is not free and for some channels, movies or some particular shows the user has to signup for its premium account. It is available as an app and web for Android & iOS. Windows, Linux, and macOS users can use its web platform to watch videos.

Popcorn provides is one of the best alternatives to Showbox and other mentioned apps here. It is a multi-platform that has the integration of BitTorrent client that can play videos directly from torrent websites. It is available for Linux, Windows, macOS, Android, and iOS.

Very straight forward application for Android and Apple smartphones to watch hundreds for videos, shows, and movies in HD. Also available for Windows and macOS. 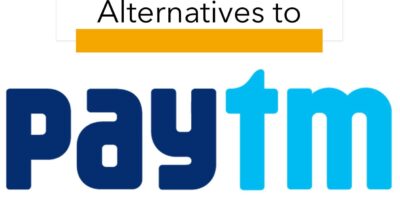