Spotify is undoubtedly one of the best music streaming platforms you can count on. It has a huge library, where you can get almost any music you want to play with just a single tap. The Spotify recommendation feature is something that requires special attention, as you will get sure recommendations once you start using Spotify and let it understand your taste of music. Spotify, just like other streaming services, is available for most major platforms like Android, iOS, web, Chromecast, and other devices. So just subscribe and start playing your favourite music. It’s just a piece of the pie.

So if you have a Chromecast, and want to play your favourite music on the TV, or your music system, you can do that effortlessly just by casting your Spotify player to the TV or speaker connected to the Chromecast. Spotify on Chromecast also shows you the lyrics of the song you are playing, the story behind the track, and other small tidbits of information to take beyond music. That’s cool, to say the least, and it is at least better than useless visualizations on a TV screen. Playing songs from your Spotify to Chromecast is very easy and you just need to set up your Chromecast for that.

So let’s get started with how you can cast your music playback to Chromecast from both your mobile and Spotify player on the web.

Step 1: Open Spotify, on your Android device, and play a song of your likeness. Once the song starts playing tap on the icon to see the list of available devices to play the song on. 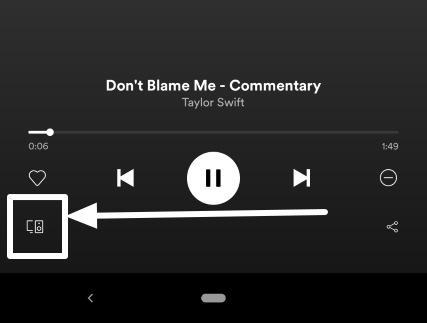 Step 2: Now tap on the TV, where the Chromecast is connected. Your music should start playing right away, and you can now control the playback right from your Android device. 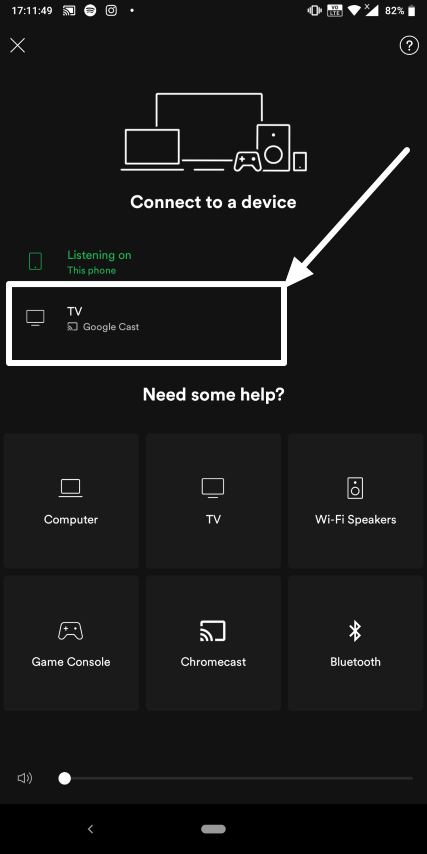 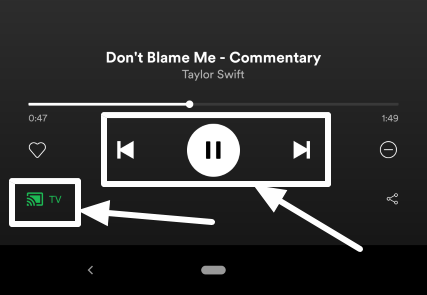 Step 3: If you are playing music from the Spotify web player, you can even play the music right on your TV, by clicking on the available devices icon, and then by choosing the or speaker, where a Chromecast device is connected.

Step 4: It might take some time to show you the list of devices connected, which depends upon your internet speed and the number of smart home devices present. 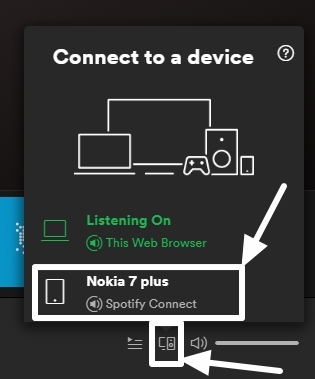 Once that is done, you can control the music playback from the Spotify web player, as well.

Spotify connect should also connect with Chromecast Audio, even though the product is discontinued by Google.

Just in case it isn’t working for you, make sure your Chromecast and the device, where you are using Spotify is one the same Wi-Fi network. The audio quality should be the same as you get on your mobile device, and as per the subscription you have, for your Spotify account.

So that was how to Chromecast Spotify from a PC and an Android device. Do you have any questions in your mind about the process? Feel free to comment the same down below.

How to install and use Synapse, the MacOS Spotlight alternative for Linux

Sound One launches V9 Bluetooth Headphone with Mic in India