Smartphones are incredible devices and even though they are miles away from replacing traditional desktops and laptops, judicious use of such devices can really do wonders. Smartphones however can potentially replace your desktop computers if you aren’t looking for something specific. However, there are some strange limitations most smartphones, especially Android devices have. I am talking about music playback. Most smartphones nowadays come with excellent sound quality and they can be enough to enjoy shows, listen to songs and podcasts, and do a lot more. But the limitation I am talking about is the inability to play music from multiple apps at the same time.

Playing music or sound from multiple apps can seem irrelevant to most users at first glance, but there can be consequences when you might need it, and most pro users may need such a feature regularly. Let’s say, for example, you are listening to your favorite playlist on Spotify, and scrolling across the Facebook or Instagram news feed at the same time. If you come across a pesky video on the news feed, the video may start playing, and the music will be temporarily paused. Even though you can resume the music playback with just a single tap, that small interruption can wreak havoc on your music experience. In regular usage, there can be some, if not several instances when you might need to play music from multiple apps at the same time. So, today I will discuss how do you play music on two apps at the same time on Android.

So, without any further ado let’s get started with how you can enable playing audio from multiple apps at the same time. This can also be useful if, just in case you want to know how to play two audio tracks at the same time android.

Playing sound from multiple apps at the same time on Samsung

Step 1: The first task is to download the ‘Sound Assistant’ from the Galaxy Store. As it is a Samsung-specific app, it is not available on Google Play Store. Just use the link to download.

Step 2: After you have downloaded the app, complete the basic initialization process and you should land on the main user interface of the app.

Step 3: Now just scroll down in the user interface and enable the option that says ‘Multi sound’. 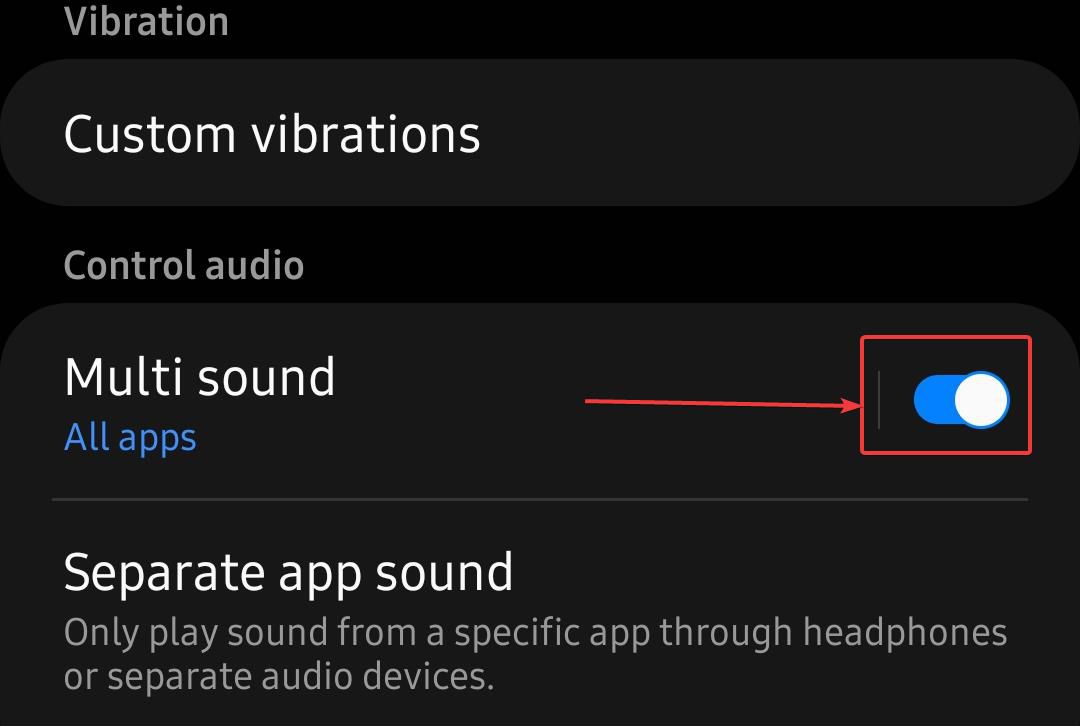 Now you can play music from multiple apps at the same time. Just try it out. If, just in case, the music from the first app pauses, resume the playback, and now you can listen to sounds from two apps at the same time on your Samsung Android. Music might get paused in the case of certain apps like Instagram due to in-app settings, which can be solved with just a single tap. Not just two, you can play sounds from a multitude of apps. Isn’t that cool!

But there’s something even more exciting, in this app, and this will be something you will immediately need once you unlock the ability to play sound from multiple apps at the same time. Kudos to the app developers!

The app also has the ability to control the volume of audio playback from individual apps. For example, you are listening to a song, and at the same time, watching a video tutorial, you can decrease the volume of the app that is playing music for some time to concentrate on the video tutorial without any interruptions.

Controlling the volume of individual apps

Step 1: Open the Sound Assistant app and tap on the option to enable ‘Volume panel theme‘ under the Volume tab. 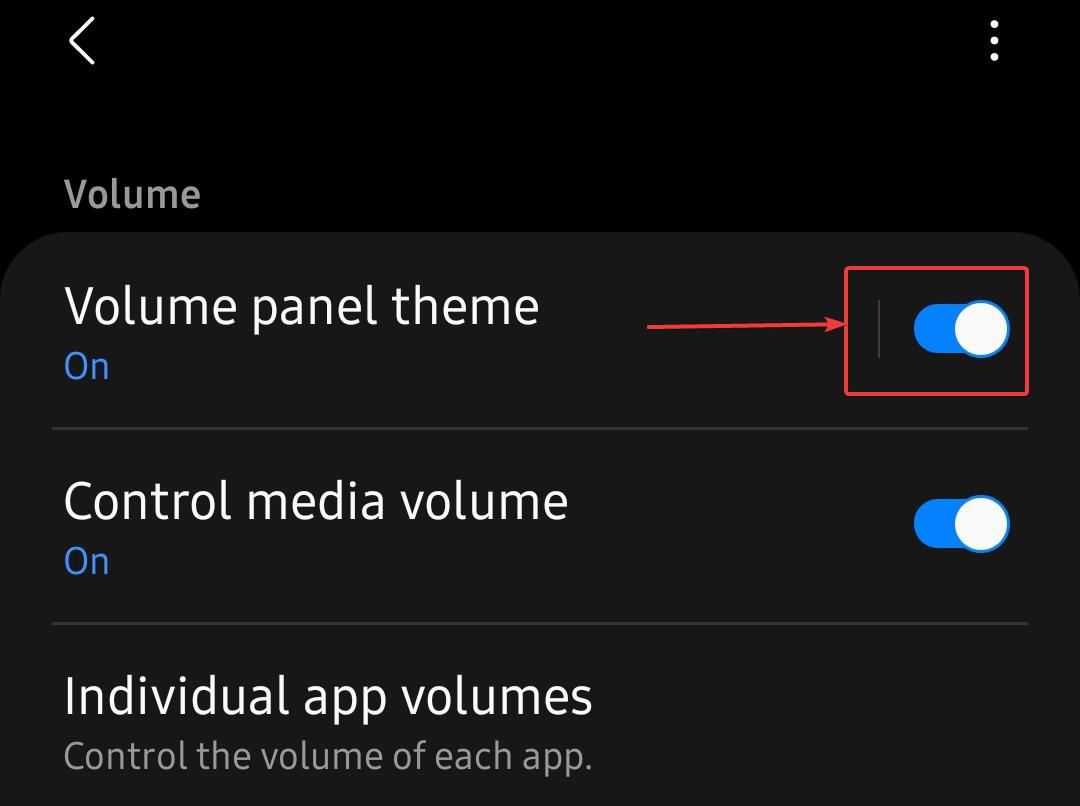 Step 2: Now try playing music from multiple apps and press one of the volume rockers on your Android phone and tap on the arrow button. Otherwise, you can also use the regular slider to quickly increase or decrease the master media volume of your Android device. 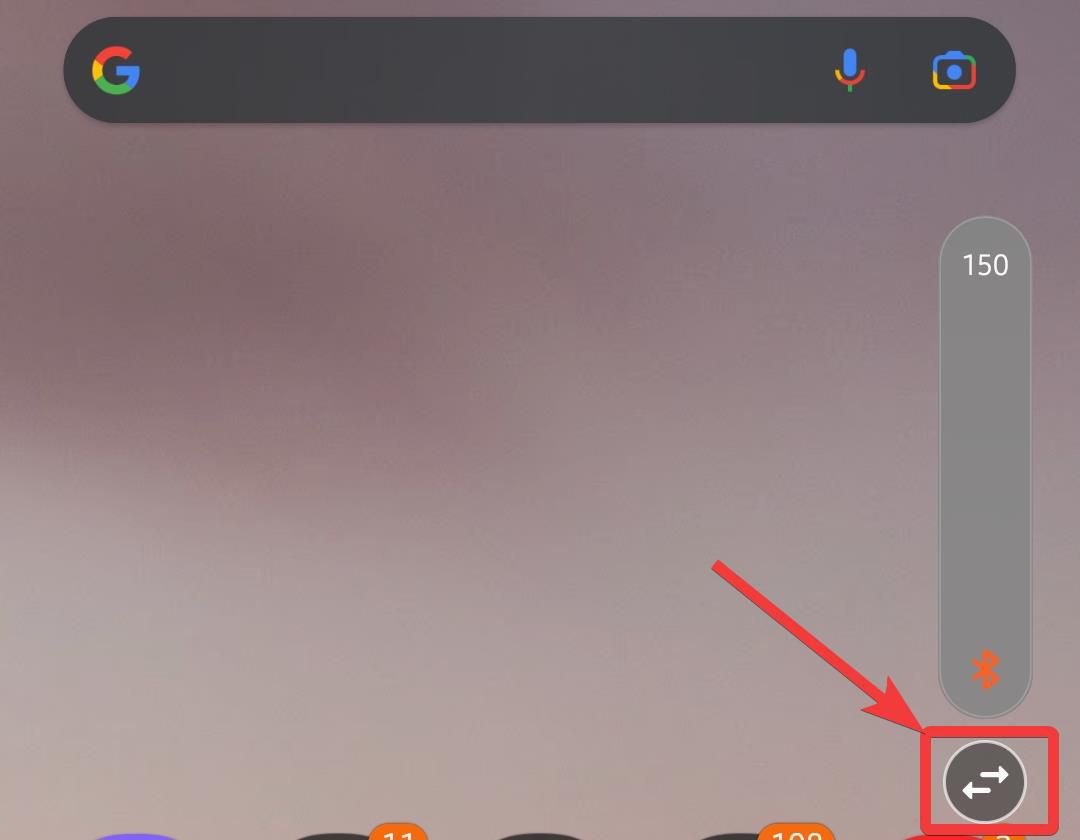 Here you can not only adjust the system volume, ring volume, etc., but you can also adjust the volume of individual apps using the volume slider corresponding to each app on the panel.

Step 3: Besides being able to adjust individual app volumes, and adjust other volume options, you can toggle Live subtitles, switch between media playback devices with the additional buttons on top of the volume panel. 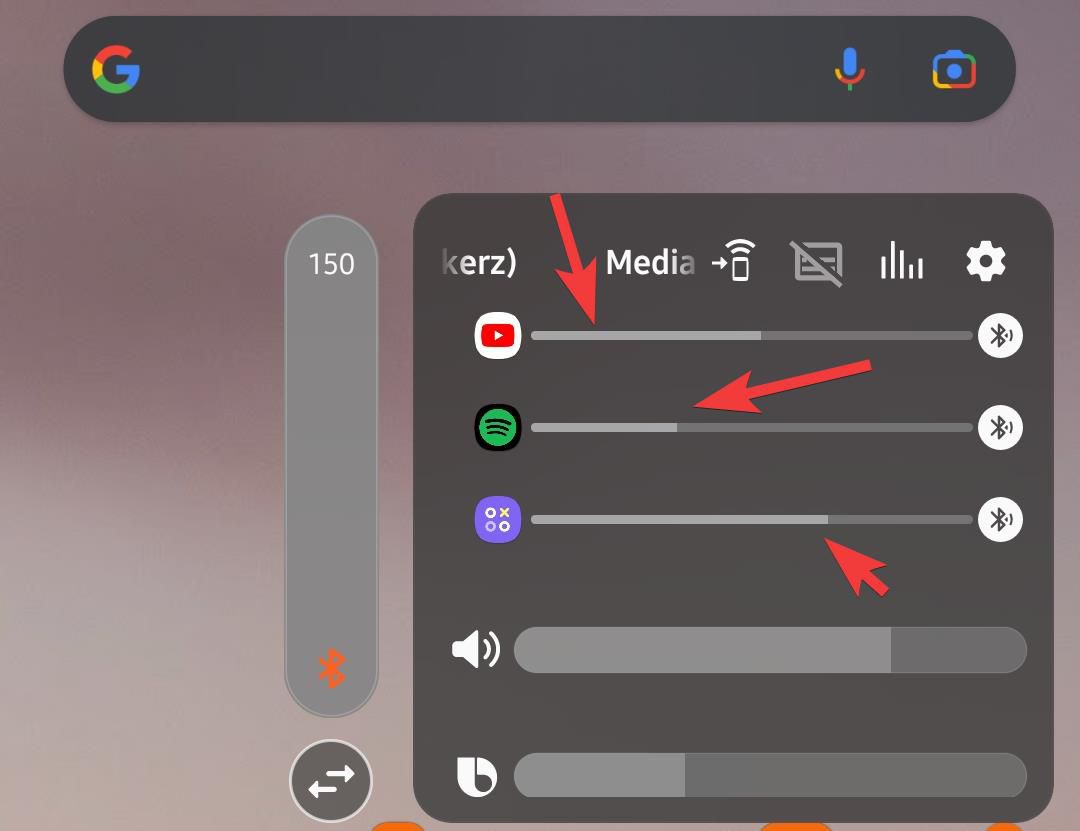 So that was the solution to how do you listen to two apps at once on Android. There are certain apps that can get you to play two audio files simultaneously, but they are not devoid of limitations. In most cases, you can play two offline music files at the same time, but the solution I discussed here applies to all apps, no matter how they play audio.

So that was all about how you can adjust the volume of individual apps on a Samsung Galaxy device with the Sound Assistant app. Do you have any questions? Feel free to comment on the same down below.

Five free FTP clients to use on Windows 10

How to access Gmail in Vivaldi email client in its browser