Linux distros are used by a lot of users nowadays, thanks to the variety of distributions available for users belonging to different profiles. But still, at the end of the days, Linux is the favorite choice among the advanced class of users, like programmers, web and application developers, or so. If you belong to the same class, there are several Linux distributions available for you out there. Kali Linux is the most popular Linux distribution among programmers and penetration testers, and you can install it both on a physical system, or on a virtual machine if you don’t want to dedicate a complete system to run Kali Linux.

Step 1: The first step is to download the virtual machine image of the Samurai Web Testing Framework, and you can download that using this link.

Step 2: After the download is complete, you can find a zipped file, and you have to open to extract the contents. As I am using VMware on Windows, I will have to extract the file in the archive having the name ‘SamuraiWTF3.3.2.zip’.

Step 3: Once you got the extracted contents, a folder will be created, within which, the files will exist. Just open the folder and double-click on the file having the ‘SamuraiWTF3.3.2’, and it will be opened with VMware Workstation or Player, depending upon, which application is set to open ‘.vmx’ files. You can also right-click on the file, and choose to open the file with the preferred application. 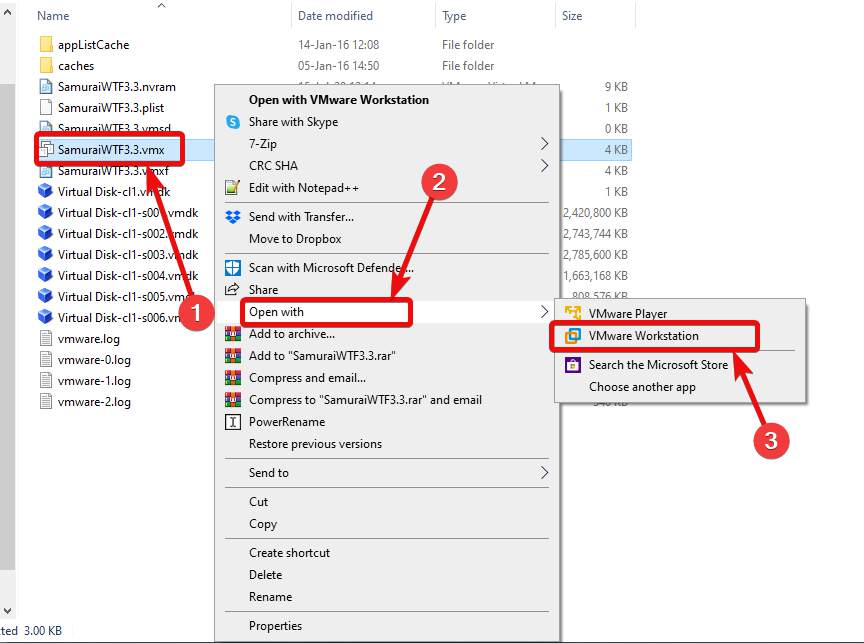 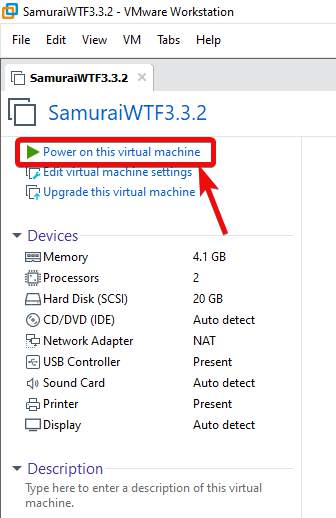 Step 5: Now, the Samurai Web Testing Framework operating system will start booting, and you can start using it right after that. 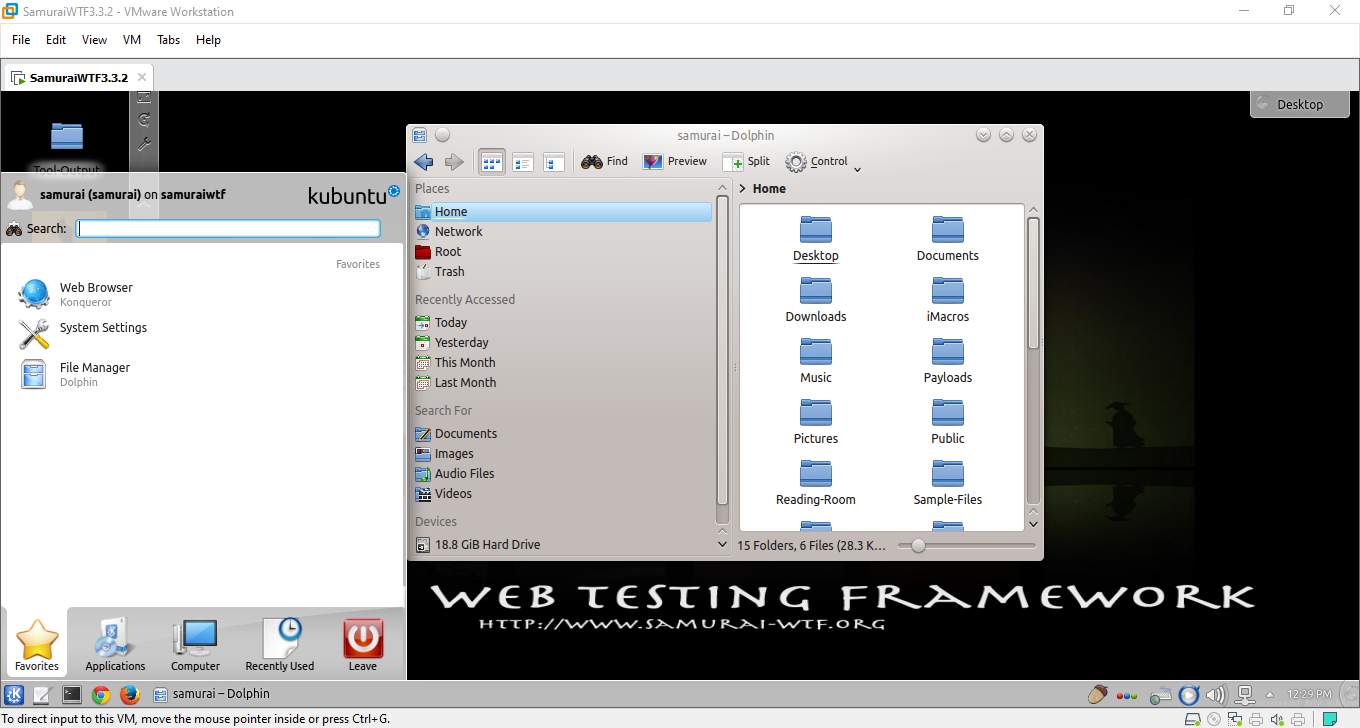 As the virtual machine comes pre-installed with Samurai Web Testing Framework that is based on Kubuntu, you can customize it to your needs. For example, you can create multiple user accounts, assign passwords, download programs from the apt repository or from the Ubuntu Software Center, and do a lot more.

Changing the hardware configuration for the virtual machine

By default, a little more than 4 GB of RAM is assigned to the virtual machine, with two processor cores, and it also comes with around 20 GB of storage, which can, however, be expanded. 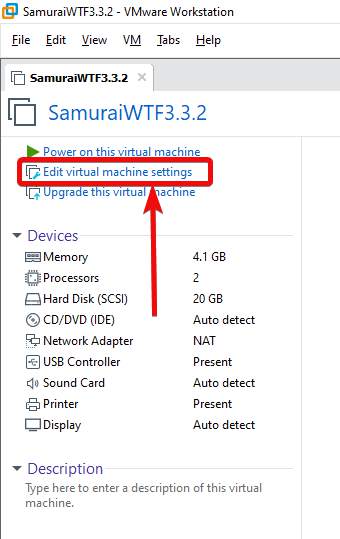 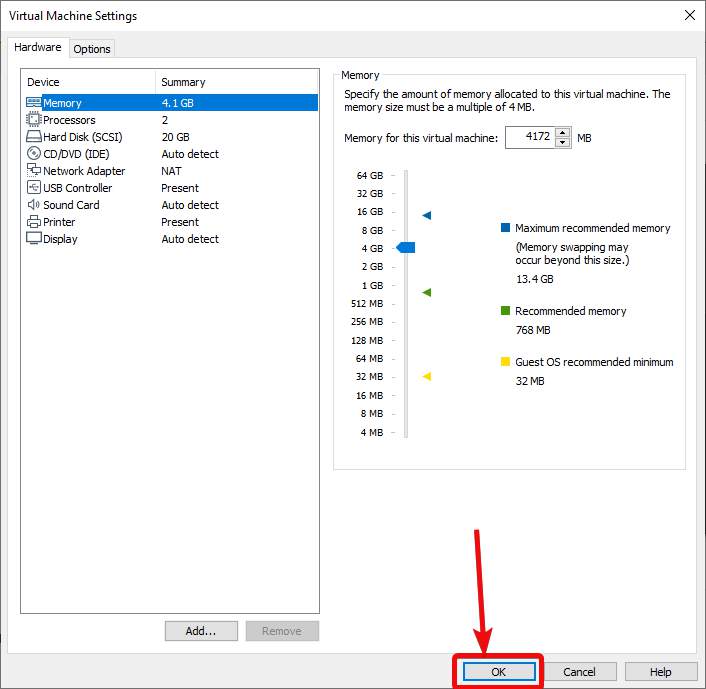 As Samurai Web Testing Framework is based on Ubuntu, you can get a huge set of apps from the repository, making it a great alternative to Kali Linux, and an outstanding Linux distribution altogether. The user interface is also quite simplistic and straightforward, however, the only catch is, which you might already be clear to you is, it is a virtual machine image, and you can’t install it on your PC and boot into it normally. But that’s not a deal-breaker for most users.

So, that was all about, how you can download and get started with Samurai Web Testing Framework on your computer. Do you have any questions? Feel free to comment on the same below.