Windows Insider in the Fast Ring will now receive the new build with the number 18950 from the development branch 20H1. With this new preview, the Windows team introduces, among other things, new features for the “Cut and Sketch” app. This includes the ability to zoom in on images using the keyboard shortcut, as well as a single-window mode. 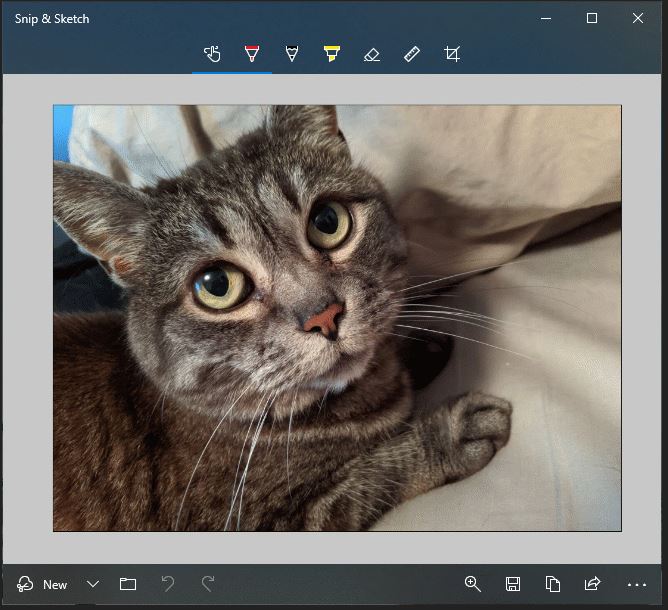 There are also new options for Japanese input recognition. However, these new features do not necessarily appear with any insider: As Microsoft had announced some time ago, new features are only gradually released to insiders to test them more specifically and only after positive feedback and especially the absence of problems for more users to start. That is also true now.

In addition, Sarkar discusses a problem with the new feature that links resetting or updating the PC to a ” cloud download .” This new boot option was already known in advance, but is currently not available, although Microsoft had already integrated the necessary settings into the last builds.

General changes, improvements and corrections for the PC

Insiders may notice some evidence of “cloud download” related to resetting or updating the PC. This feature is not yet available and does not quite work yet.

We have fixed an issue where ctfmon.exe could crash when you clicked the input mode indicator on the taskbar to toggle the Japanese IME between modes.

We have fixed a problem where Clipboard Paste (WIN + V) will not work when using the Bopomofo IME.

We have resolved an issue that caused the Hanja conversion to fail for the updated Korean IME when entering certain apps.

We fixed an issue that could cause the OneNote app to intermittently behave as if the Ctrl key had been pressed, even though it was not.

The known problems remain the same. These include crashes, due to incompatibility with older versions of anti-cheat software, problems with Realtek SD card readers, and the ability to disable Windows tamper protection after the update.

Telefunken which is a German electronic and whose license Indian TV brand Videotex uses for Domestic launches has announced...
Read more

Though smartphones might be the favourite and most popular gadget of the masses we also just cannot...
Read more

Best Good Performance Laptops which you can buy in 2020

Laptops have become both a trend as well as a necessity in today's world. Most of the...
Read more
- Advertisement -

Best AIO Personal Computers which you can purchase in 2020

No doubt that almost every one of us either has a laptop or a computer with us,...
Read more

Among the many steps that you can...
Read more
news

The rapid development in the technology area is compelling...
Read more
How To

One of the most fundamental thing in...
Read more
How To

We all come across files that are a few...
Read more