Hinge, the dating app, which started off on the premise of connecting people with more likeminded individuals through common Facebook friends is now dramatically changing its approach to the sphere. The users of the dating app no longer need to log in with Facebook to enjoy its services. The change will take effect on 5Th June on Android and on June 12th on iOS.

The company is not doing away with the option to log in with Facebook altogether. That option will remain available to the users. What’s new is that they will now be able to login even through their phone numbers. 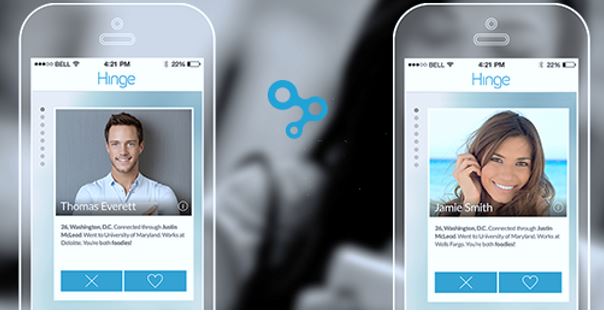 Due to the recent scenario, many people are moving away from Facebook. Consequently, there is an upsurge of the user base of other social media platforms. Resultantly, people are now lately requesting Hinge to do away with the mandatory Facebook login requirement.

Hinge is undoubtedly not the first dating app to change its course in this manner. However, this case is indeed one of its kind. Hinge’s USP was that it connected people who had common friends on Facebook. Now, when it is doing away with that particular requirement, it will overhaul its entire structure altogether. This approach was adopted in the first place because sharing mutual friends build a certain level of trust between people. Online dating will be less scary for people. Moreover, there are more chances of the person being civil to you in person as you two have common connections and this meeting can affect his reputation in the circle.

This same feature made Hinge stand out in the world of dating which was filled with other competitors like Tinder. Tinder doesn’t follow the same approach. As a result, you can see a lot of people whom you are not related to in any manner whatsoever and who are not looking for “real” relationships. Such apps promote the hookup culture of this era.

Hinge focuses much less on a person’s photos as compared to Tinder when it comes to the dating profile. Instead, users attract matches by answering questions on their personality and sharing fun facts about themselves. This promotes a connection on a deeper level much unlike Tinder.  The users can even upload videos on Hinge. The goal is to build a platform where people match with each other not just for the looks but also for the views of the other person and the way he sees the world.

Hinge has always made an effort to make online dating less frustrating for its users. The initiatives range from implementation of anti-ghosting reduction features to an app that allows your friends to take over the conversation on your app (this has been removed).

Hinge has not agreed to share the user number. Thus, the profitability of these features to the company isn’t apparent yet. However, it has revealed that the user base has doubled since the starting of the year. This move which is made by the dating apps in large of doing away with the mandatory Facebook requirement seems intentional rather than coincidental in the light of Facebook’s recent announcement to come up with a dating app of its own. The idea of Facebook dating app in fact when closely analysed looks a lot like Hinge.

The CEO of Hinge has said that it is interesting to note that a company which has saved severe allegations regarding the privacy of its users is now thinking of entering the dating arena. Moreover, the fact that it is trying to copy the crux of Hinge is noteworthy. However, Hinge isn’t much worried about this development because the latest trends reveal that users are now increasingly moving away from Facebook.

The updated Hinge app will put forward three offers for the users – 1) they can choose the old method of logging in with their Facebook profile. 2) they can use their phone numbers for logging in 3) they can use their phone numbers for login but subsequently choose to import selected bio information from their Facebook profile to enrich their feed and reflect their personality in a better manner. After filling in the required bio information, users can go ahead and disconnect from Facebook. They will not lose the bio information that has already been printed.

Hinge doesn’t believe that its decision of moving away from Facebook will have any ill effect on its user base. The central philosophy of Hinge was to humanise the world of dating and move beyond casual and careless swiping. “Friends of friends” was just one means of reaching the goal. Hinge s still committed to the same philosophy and will take all measures to ensure that its users enjoy the best offline dating experience.

Hinge has an attractive overall feature. It is lucrative when you hear of it. If you are a die-hard romantic, you cannot help but get swayed by the idea of a dating app like Hinge. Unfortunately, it is still dwarfed by dating giants like Tinder. Tinder is now expected to have more than 50 million users. It is also planning to come up with a new feature “Places”. Places will aim at linking you with people you have crossed paths with. The user base of the app is likely to expand after it gets this additional feature on board. On the other hand, the user base of Hinge is estimated to be around just 3 million users. Tinder has a worldwide approach while 94% of the users of Hinge belong to the United States of America. There are other rivals in the market include. You can look at Bumble which has a user base of more than 22 million users. Dating market is based on numbers. A platform with more number of users attracts even more. Thus, this move of Hinge to do away with Facebook can cost it a lot in the long run.