According to the report, global shipments in the second quarter of 2018 reached 342 million units, down 1.8% year-on-year. Among them, Huawei surpassed Apple to become the second largest mobile phone manufacturer, and Xiaomi took the lead with a 48.8% year-on-year growth rate. 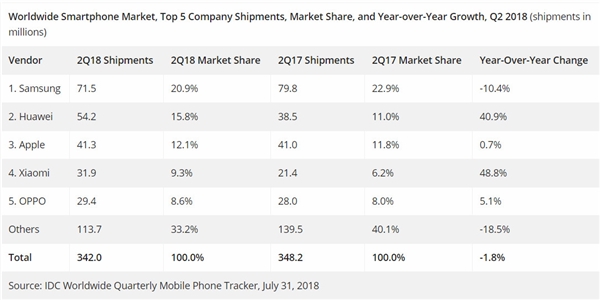 According to the report, in the second quarter of 2018, Samsung’s mobile phone shipments reached 71.5 million units, with a market share of 20.9%, still ranking first. However, compared to the same period last year, it fell by 10.4%.

OPPO ranked fifth. In the second quarter of this year, shipments reached 29.4 million units, with a market share of 8.6%, a year-on-year increase of 5.1%. 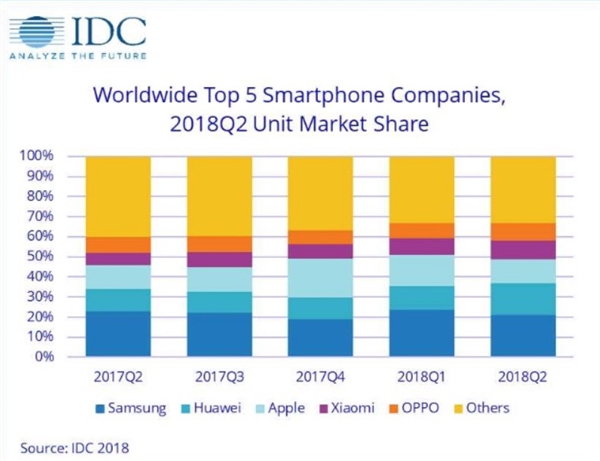 Lenovo to bring its first 5G smartphone with Qualcomm Snapdragon 855