Indian cyber security expert Surya Pratap Singh who is currently the CEO of Aezowie Infotech Services Private Limited (http://aezowie.com) reported a news to us. It is a serious news for MyGov.in users. Surya reported that on 8-12-2018 he opened the startupindia.gov.in website to check the updates but he was little confused to see that there is no option to log in with MyGov which is the primary option for users who have MyGov account to log in on Startup India website of the Indian government.

The similar thing found on official MyGov website (https://www.mygov.in/) of Indian Government as you can see in the images given here. According to cyber expert Surya, not just the login system but currently MyGov have problem in its entire database, the website can’t fetch and show the facts correctly which is a serious security issue because instead of facts or information it is showing the table names of database in this format {{users}} , {{main_data.do.postfix}} , which can be the goldmine for hackers and cybercriminals.

This sudden problem in the MyGov website also affects the official startupindia.gov.in website of the Indian government. Users who log in on Startup India website via MyGov account are not able to log in because it has an integrated login system of MyGov Auth. which provides the login system to MyGov and some other government websites so currently, Startup India removed that login option form startupindia.gov.in website. 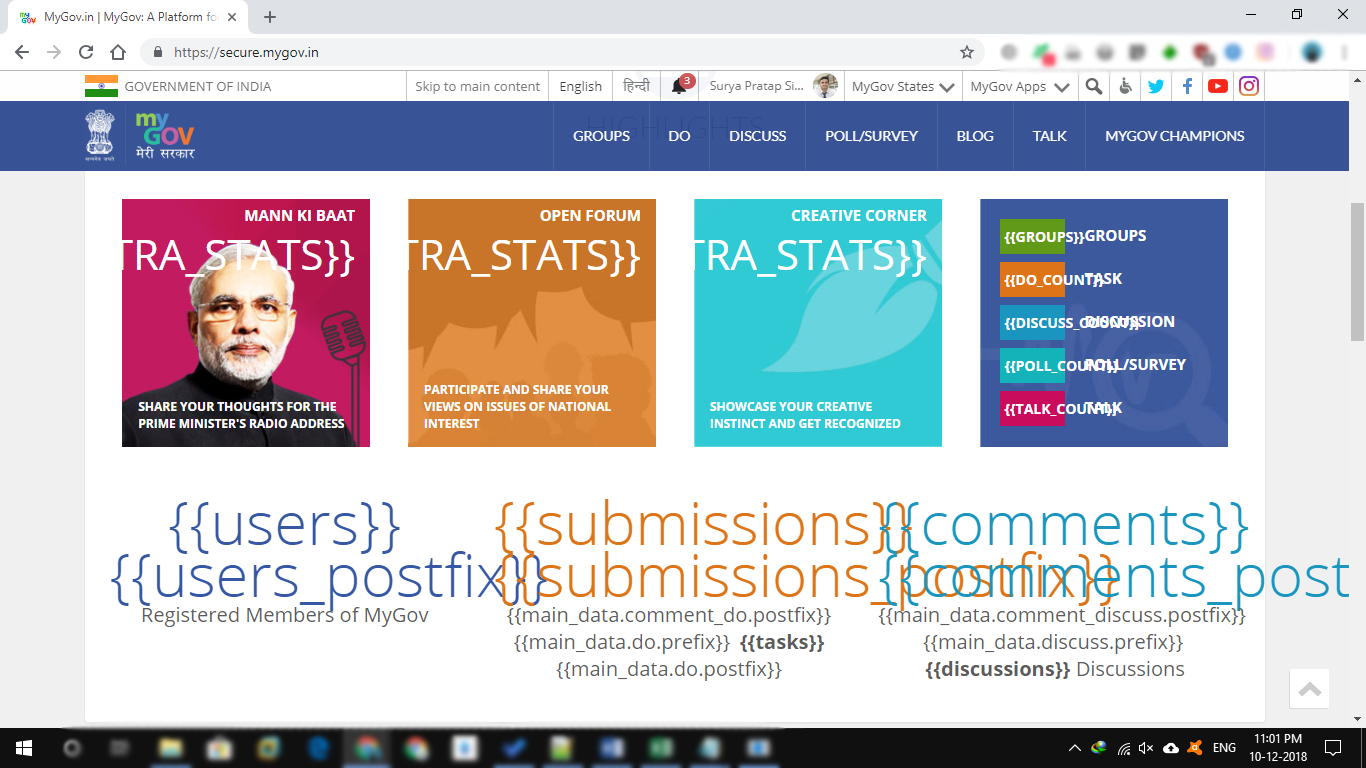 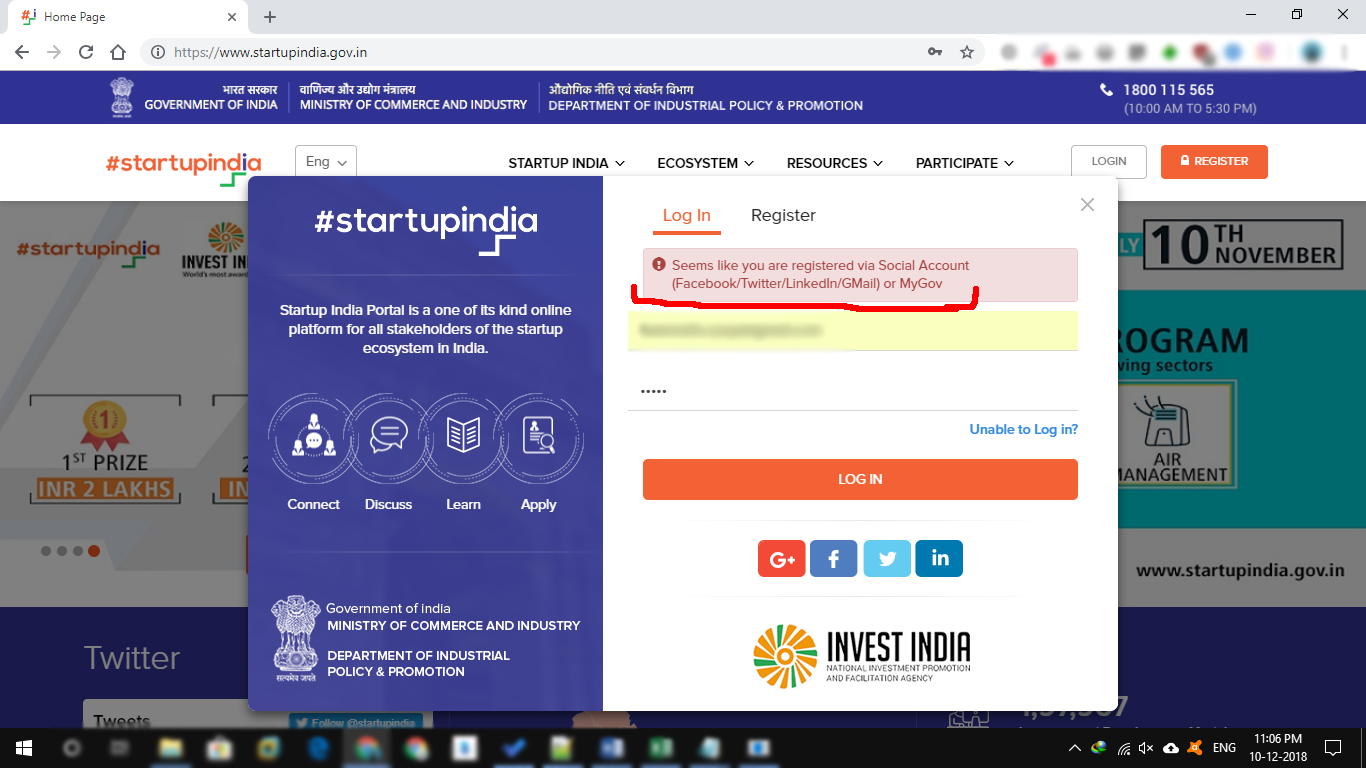 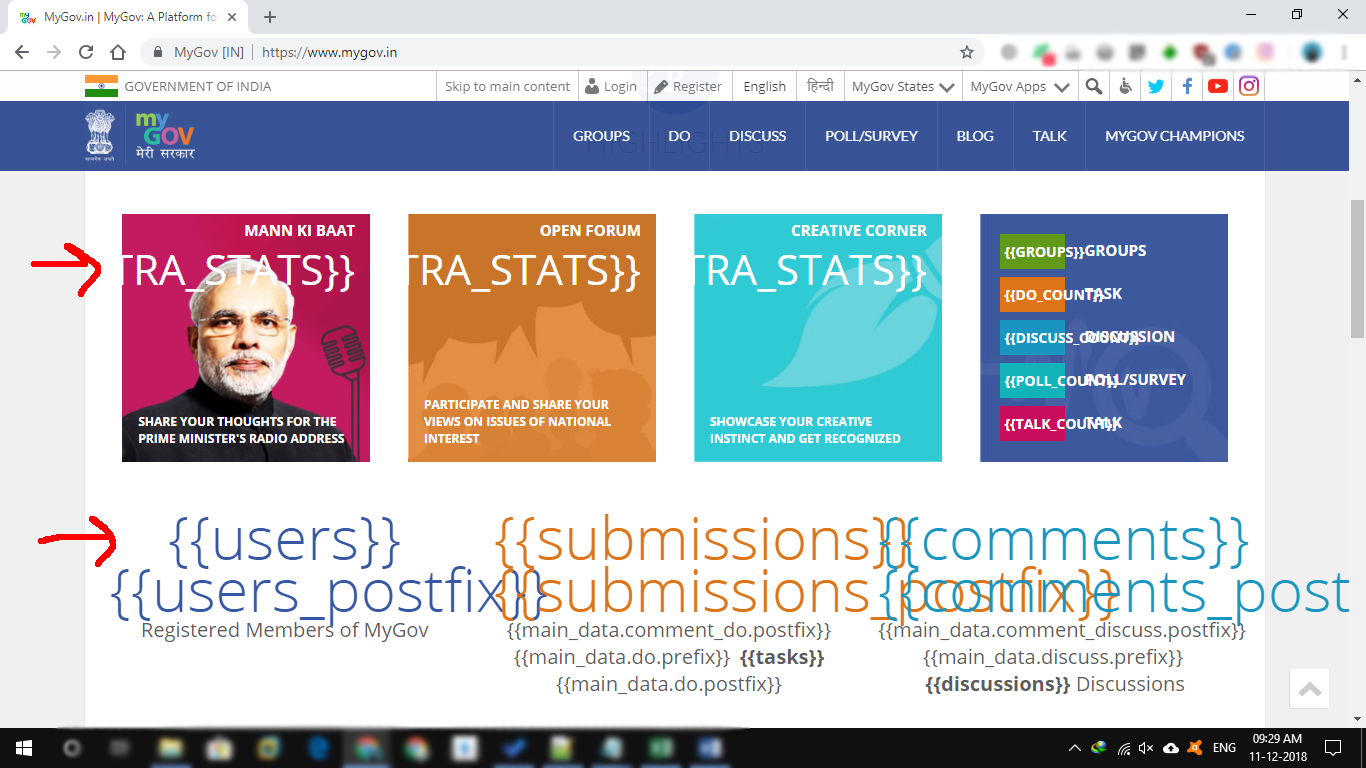 How users can get rid of it:-

Cyber Expert Surya Pratap Singh told that he is watching this problem from 4 days but the government didn’t resolve it yet which is pointing towards some serious issue. Surya advised that users must adopt safety measures and change their passwords immediately. Currently, users can log in to there MyGov accounts via this link – https://secure.mygov.in/user/login