Microsoft’s love for Linux is proliferating day by day, no, I am not saying that. It is clearly visible with the time to time updates which we are getting on Windows 10. First WSL 1 and then WSL 2 with full-fledged Linux kernel and now GPU support along with an ability of WSL 2 to run Linux GUI apps alongside with Windows 10.

Recently the Windows 10 may 2020 update has added the WSL 2 by default for all users and in the coming few months Microsoft is planning to add support for Linux Graphical user interface applications along with those running on command-line. According to the recent post on the official developer blog of Microsoft, where the company has summarized the upcoming Summer 2020 updates. Out of others, two which would quite intrigue the Developers community are GPU and GUI support on WSL.

If we talk about the GPU, as per the post in few past years, adding CUDA and/or Graphic commuting support to WSL was one of the top priorities of the company. Therefore, with the help of few partners and other developing teams, Microsoft has achieved that and soon will start rolling out it on the Windows 10 Insider build’s fast ring for preview.

To use that the users need to ensure that they have installed WSL 2 and correct drivers of GPU. Apart from all this, the preview package of TensorFlow with a DirectML backend will also support native Windows too.

The next big addition will be the running of Linux GUI apps on the Windows Subsystem for Linux.

This upcoming feature will not only be useful for developers but also a standard user who uses both Linux and Windows 10 could get a scope to experience Linux apps without running virtual machines.

I remember once I tried to install a GUI interface over KALI running on WSL, the installation was not the tough part, it was the performance while accessing it using RDP.

Well, I hope when Microsoft natively enables the Linux GUI apps to support WSL, the performance would not be an issue.

So, how this all will work, according to Microsoft, if someone wants to use some apps, say any Linux text editor, Media player, or IDE that meant to work in Linux with GUI, he or she just need to install them on WSL via the command line.

Once installed, the apps will be connected to a Wayland server running inside the WSL that further can be accessed using the RDP (Remote Desktop Protocol) on Windows 10 or server host.

Here is the screenshot which released to show how it will look like once the feature is available on Fast ring to test. 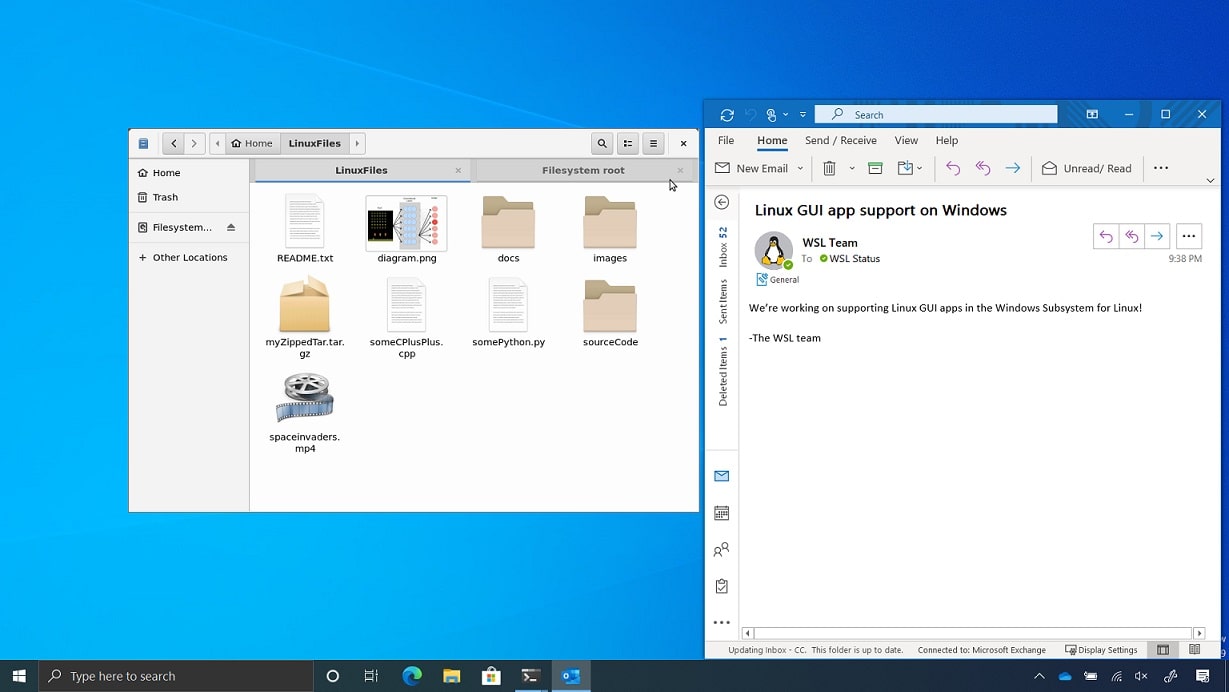 Linux GUI apps running on WSL as a native app

In the above screenshot, we can see the side by side running of GNOME file manager on WSL and Windows 10 Outlook.

The ultimate goal of implementing this feature is to mitigate the hassle of developers of running multiple virtual machines or switching computers to edit, build and run various Linux apps in an optimized environment, visualize data plots in Python, and much more.

Hence, this clearly shows what would be the future of Windows 10, perhaps in the time ahead, we could see a complete amalgamation of open-source Linux and closed source Microsoft Windows to give a unified platform to developers. 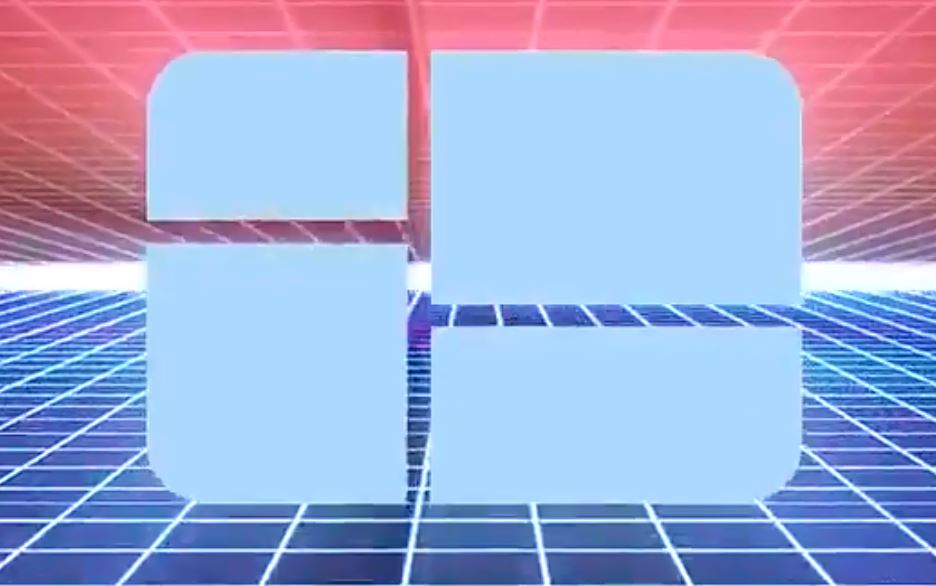 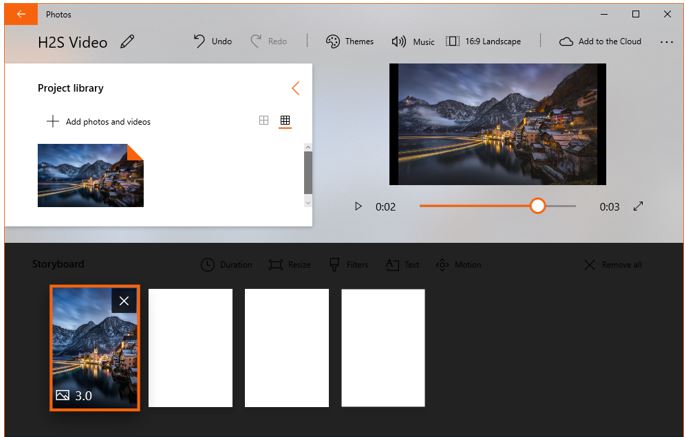