Microsoft has released a new developer update for Windows 10 that is with build number 20185, the fast ring of the Windows Insider Program. Although the updates come on the Dev channel brings lots of bug fixes but with still lot to discover and patch as compared to Beta and Final release.

One of the exciting features the new build 20185 of dev channel brought in to light is the support to Android apps via Your Phone application of Windows 10. Well, this has been done with the exclusive partnership between Samsung and Microsoft. This results in some exciting features for the interaction between smartphones and PC and enables a truly seamless connection between PC and phone. 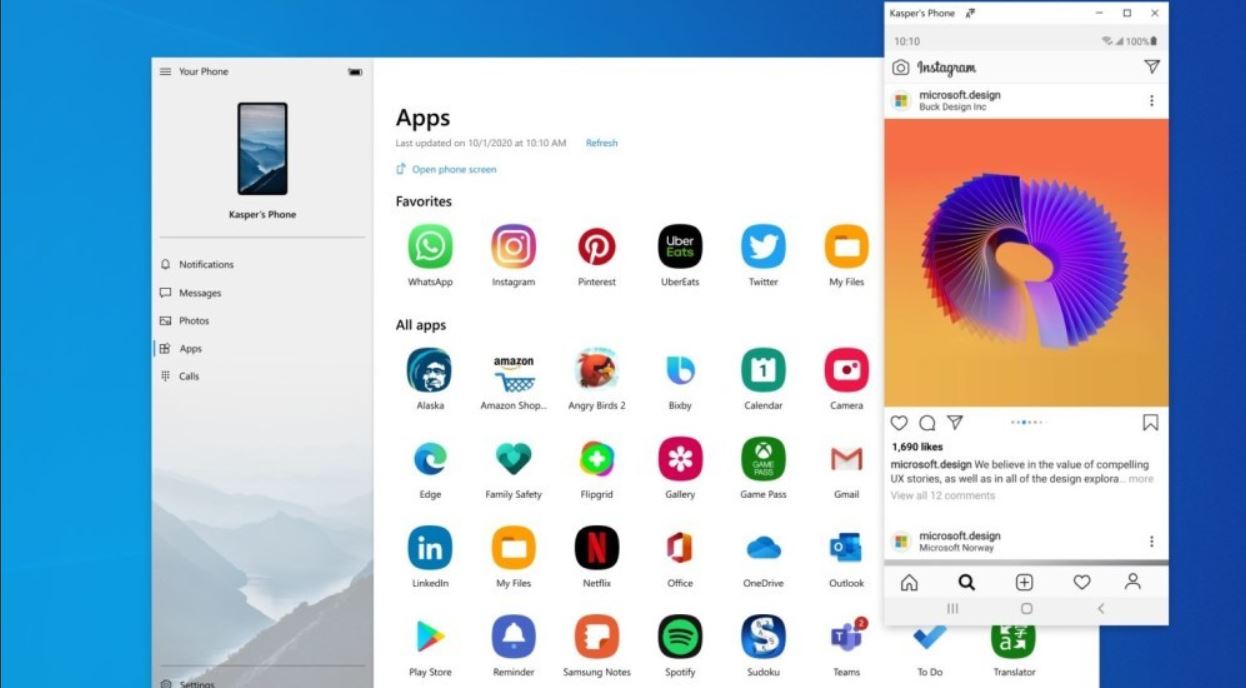 Mobile applications running on the Samsung Android devices can now be used directly on the Windows 10 laptop. To do this, connect your smartphone and PC (“Link to PC“) and then see a list of the available apps on the desktop. For example, click on Whatsapp, a separate window will open with the App on the PC that mirrors the content of the smartphone app.

To use this feature you must have Your Phone app on your Android devices and Windows 10. While Samsung users can use the options given in the notification area for linking the phone with PC as well.

So, with Microsoft “Your Phone” app from Windows 10 and the integration of Link to Windows on selected devices, you can not only receive calls, retrieve notifications, display photos, and messages, but actually start a variety of actions on the smartphone and edit them on the PC or quit. However, some features are Samsung exclusive.

However, the other Samsung smartphones with Android 9.0 or greater and support the new Your Phone apps features with Link to Windows installed are:

Nevertheless, the feature is really cool, however, to experience it currently the user has to be on the new Windows Insider Build 20185. Microsoft has announced that the feature update for Your Phone will gradually start for all Windows Insiders who are in the Dev, Beta, or Version Preview channel.

What is Teachable Machine and why is it getting Popular?