ASUS Zenfone 5Z which was launched in the MWC 2018 finally brought to India,  yesterday by the company. The unique selling proposition of the phone is the bezel-less full-screen display with a small notch at least in comparison with iPhone X.

I said in the headline of this article that the Asus Zenfone 5Z could be better than the earlier this year launched Oneplus 6 because both have the same processor –Snapdragon 845, but with Zenfone 5Z you are getting some extra features which are not in OnePlus 6.

The aggressive pricing of Asus Zenfone 5Z will surely from some way take over the Oneplus 6 limelight but still, it will become too early to comment without performing a full-fledged review of it.

So, after getting a hands-on experience of it during the launch event, here what we think about Asus Zenfone 5Z.

Fron design perspective the Zenfone 5Z looks alike iPhone X. The back and front of the phone cover with 2.5D curved glass which gives it a shimmering shine but there is a dark side of the phone; it is extremely prone to fingerprints or strains. It feels like the company has used some kind of plastic with glass finish to build the handset. The phone has an aluminum body and weighs 165g which really feels so light when you hold it in your hands.

The dual rear camera also appears in the vertical alignments just like iPhone X along with a flashlight.  Opposite to the flash the user will find the fingerprint sensor. You can see the fingerprint marks around the camera lens and sensor clearly visible in the below image. 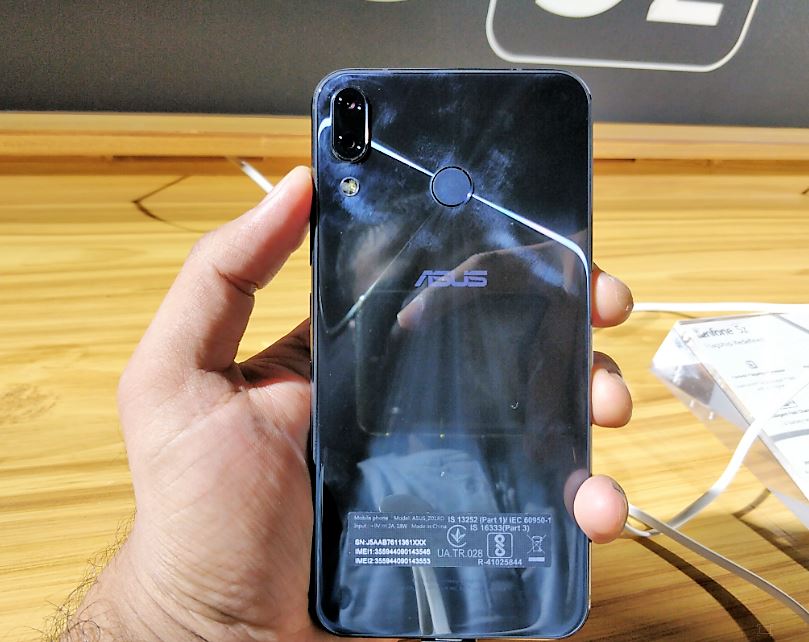 Though it is not an AMOLED display like the OnePlus 6 that doesn’t mean it has lack of something. It is quite bright and color rich. You can see in the image the icons are quite sharp and vibrant. 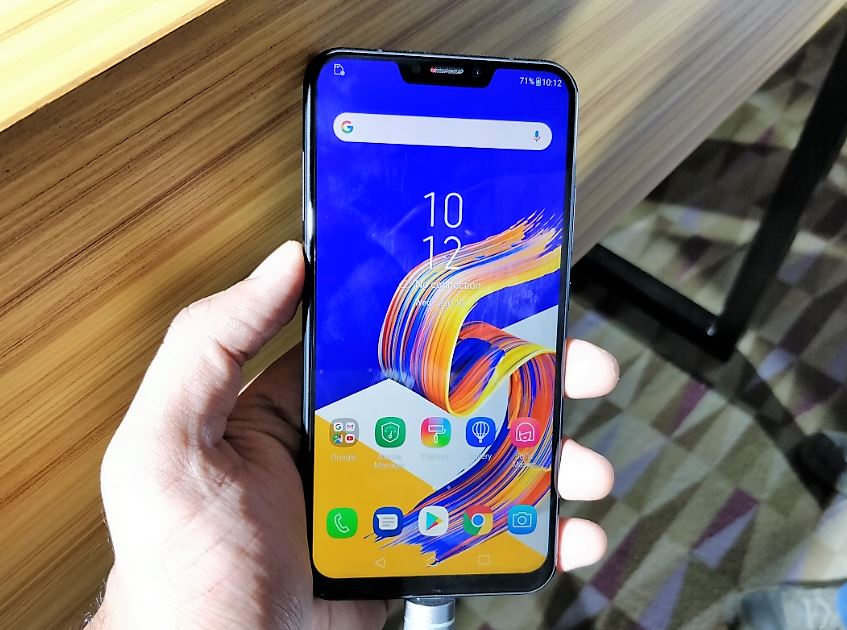 The upper portion of the display has a notch which is small as compared to the iPhone X. However, I am not a big fan of the notch surely you too because it appears like a stained on the bright moon. Well, as of the following smartphone trends the Asus has adopted this notch which comprises ear speaker, sensors, and the front camera of an 8 MP. 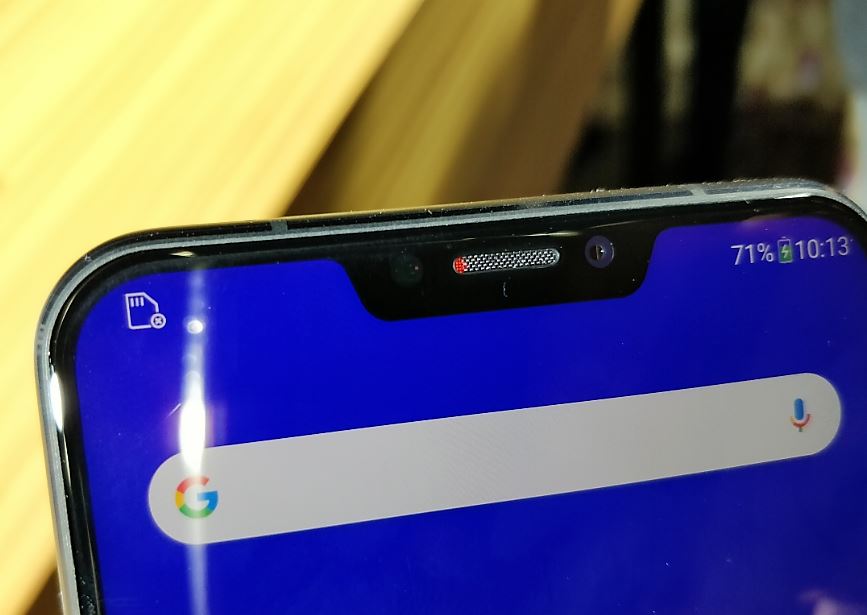 The ZenFone 5Z  in the camera department features an intelligent dual-camera system that adapts and learns, delivering perfect photos every time. It equipped with Sony IMX363 sensor along with 120° wide-angle secondary camera. According to the company, Zenfone 5Z  features are AI enabled those helps the users to enhance the photography. It has 16 Automatic Scene Detection, real-time portrait effects, AI Photo Learning and real-time beautification.

Under the glossy body of the phone, is powered by the Qualcomm Snapdragon 845 Mobile Platform with 10nm, 64-bit octa-core processor, Adreno 630 and Qualcomm Artificial Intelligence Engine (AIE). The core difference between the Asus Zenfone 5Z and OnePlus 6 is the AI Boost.

Asus ZenFobe 5Z  has a 3,300 mAh battery and also comes with QuickCharge 3.0 support. The Asus claimed that with the help of AI they are successfully able to extend the battery lifespan by up to two times. If you have the AI detection mode ON, it will continuously monitor the behavior patterns of your charging. For example, in the hours you are active on phone, most of the time; the AI will detect that behavior and charge the phone fastly using fast charging, however, during the time, let’s say at night when you are sleeping, it will slow down the charging in order to lower battery stress encountered during fast-charging. The charger shipped along the phone is of an 18W and according to the company, it can charge the battery up to 60% in 38 minutes.

The ZenFone 5Z features flagship audio experience too with dual 5-magnet speakers powered by NXP amplifiers to put out stereo sound. It also Hi-Res certified. Unlike most of the flagship smartphone the Zenfone 5Z offer ZenEar Pro headset in the box which is Hi-Res, 3-microphone noise cancellation and DTS Headphone:X capable. To provide best in the headphones the phone also has DTS Headphone:X enhancement that creates a virtual 7.1ch surround sound to any content being played back.

The best part is that the Zenfone 5Z has a Hybrid SIM card tray that can support Dual SIM/ One SIM + MicroSD card:

From the software part, the Asus Zenfone 5Z runs on the Android 8.0 Oreo but not stock. It has a layer of company’s customized user interface called ZenUI which was so cluttery and sluggish in the previous Asus phone. But in our short usage, we found that this time Asus has polished the UI to give a lag-free user experience. It has quite a few useful pre-installed apps. Also, the UI is AI enabled to track the user apps usage behavior and give those apps, a priority so that users don’t need to search again and again for the same app. Overall user interface usability is much better than previous Asus smartphones. 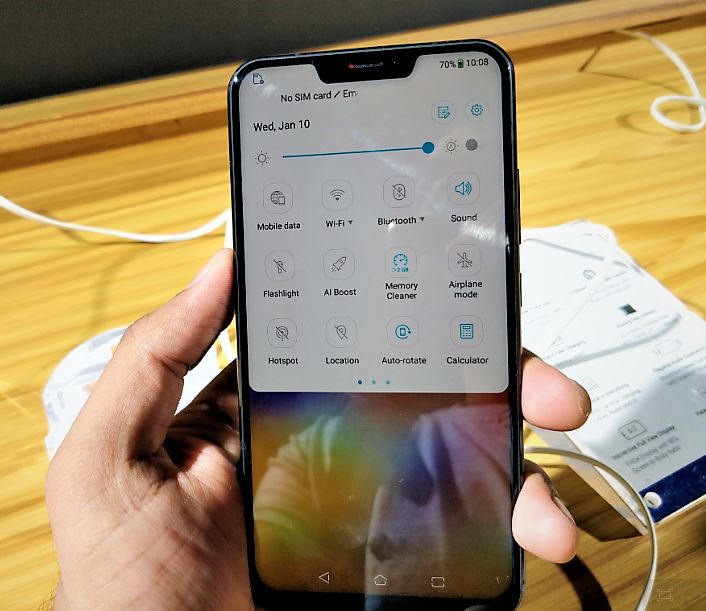 On the basis of our short analysis, we can say the Asus ZenFone 5Z is a value for money product and can become a Oneplus 6 alternative easily. Becuase of the top line CPU, Artifical intelligence, enhanced audio experience, full-screen display expandable inbuilt memory option which is not available in Oneplus 6. Also, the price of the Zenfone 5Z is around 3K less than the Oneplus 6. Also, point to be noted that in the month of the July, Vivo also going to launch the Vivo NEX in India. Now-a-thing which needs to see, how the Oneplus 6 and Asus Zenfone 5Z can save their back from it.

However, no doubt the Zenfone 5Z can be the best alternative to Oneplus but still we need some time to make our verdict a mark on the stone. We will get back to you with a full review of the Asus Zenfone 5Z soon.

How digital online maps turned out to work for you?

ASUS ZenFone 5Z in India: A strong Contender to OnePlus 6