LG K10 (2017) edition is the successor of the LG K10 LTE launched in 2016. The LG K10 priced in India at Rs 13,990 and comes with a safety feature i.e. 112 SOS panic button, the national emergency number. The LG keep promoting its safety feature during the launch of LG K10 (2017) but this is not the only thing which people are looking in a smartphone. Let’s see the detailed LG K10 2017 review to know how this entry level smartphone can perform to grab the consumers attention.

The overall design of LG K10 (2017) looks a lot like the old LG K10 with similar pebble shape design. But there are few elements those are quite different such as the LG backside. This nw smartphone is completely different as compared to the previous one. The LG K10 (2017 has clean premium finish back that looks like metal but it is plastic. Also, the previous model has volume and power button on the back panel while the new LG K10 (2017) only has a power button at the back including camera and single LED flash. The Volume buttons are situated at the left side of the phone. If you talk about the color then instead of the dark black plastic cover which had a coarse finish, the LG K10 ( 2017) comes in three color titanium, gold and black with smooth metal like finish. Also, the power button acts as a fingerprint sensor and safety button. When you press the power button three times it can also triggers an 112 SOS emergency call for your safety. 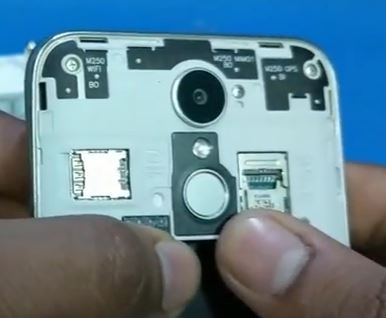 Coming to the front side, the lower portion is almost similar to the previous LG K10 along LG Logo but the upper portion is slightly different with the change in ear speaker. The ear speaker in the previous K10 model waa situated at the edge of the display while in this, it is standard. The Navigation buttons are placed on display so the lower space is completely wasted.  The, LG K10 2017 is 7.9mm thick and weighs 144gm which makes it a lightest big screen phone.

The latest LG K10 runs on LG’s own customized property UI on the top of latest Android 7.0 Nougat. To increase the accessibility and usability of the phone LG offers lots of customization in their phones and in LG K10 too. There are few inbuilt themes and other customization options such as shortcut keys for navigation panel, quick setting panel, home customization. The home customization is the good customization option that LG K10 offers in which we can switch from the app drawer to no app drawer Home. And in the navigation panel, you can add five shortcut keys beside homes, back and recent apps. Moreover, the LG K10 2017 is one of the few entry-level smartphones those comes with Android  7.0.

The LG K10 (2017) uses a 13MP rear camera for day to day mobile photography. The camera is good to use as normal smartphone camera but doesn’t hope much from it. The quality of the images it captured is good and I want to score it 3 out 5 in terms of detailing. If you talk about the color then the colors of images are natural but a little bit washed out and loses in terms of color accuracy. The camera app of the smartphone is very user-friendly and anyone can easily operate it. The front selfie camera is very basic and captures good selfies in an adequate amount of light but in low light it not perform well. Even the rear camera pictures are not so good in low light. Also, one more option is there in front camera is the 120-degree wide-angle selfie feature in which one can wider the area to capture the group selfies.

LG K10 2017 is powered by MediaTek MT6750 octa-core processor coupled with 2GB RAM. It doesn’t use the most powerful processor but easily able to handle day to day normal smartphone tasks easily. While using the phone we found that it is little sluggish or slow during multitasking and switching between the app. We have used it for three weeks and didn’t find any heating issue during charging, camera, YouTube streaming, WhatsApp messenger and playing games and browsing the internet simultaneously. We played Asphalt and Mortal Kombat on it and it was able to handle these high-performance game easily. The phone offers just 16 GB as internal storage but can expand up to 2TB using a microSD card. However, the LG is just boasting off because the 2TB card is not available in the market right now and if it is available then, in reality, nobody is going to show interest in using it. Overall, the performance is good but don’t expect heavy multitasking and gaming. We also used JIO SIM on it to test the VOLTE calling performance and it did well, the voice clarity over the ear speaker was good and if you are music lover then the speaker of this is really good and loud.

It has 2800mAh removable battery smartphone that supports 4G VoLTE. The battery seems to be very low but performs well and can give you a backup of a full day (8 to 10 hours) on normal usage including 4G web browsing.

The LG’s 2017 edition LG K10 is launched at the price of Rs 13,990 and it is a little bit expensive to what it offers. Because lots of phones in the market such as Honor 6X and Coolpad Cool 1 Dual (review) coming around Rs 13000 those offers whole metallic body and high configuration then LG K10 2017. So it becomes a little bit difficult for this phone to compete other smartphones coming around this price range. If this phone available around 9000 or 10000 then it would be the value for money offer. However, if you want a brand, good service and offline availability including removable battery smartphone then LG K102017 is for you. Overall, the phone is good there is no heating issue or any serious problem.