We all are quite excited about the upcoming 5G networks, which is going to be the new standard for mobile-cellular networks. On the other hand, we can also find the 5 GHz band on Wi-Fi networks. So, both 5G and 5 GHz networks are somewhat associated with wireless communication. One is obviously used for cellular communication while the other is used for Wi-Fi communication. Just like the previous generations of cellular networks three and 4G, 5G also comes with a number of new promises that can make networking even better with faster and lower latency connections that will leverage online gaming, VR and all other dream technologies. 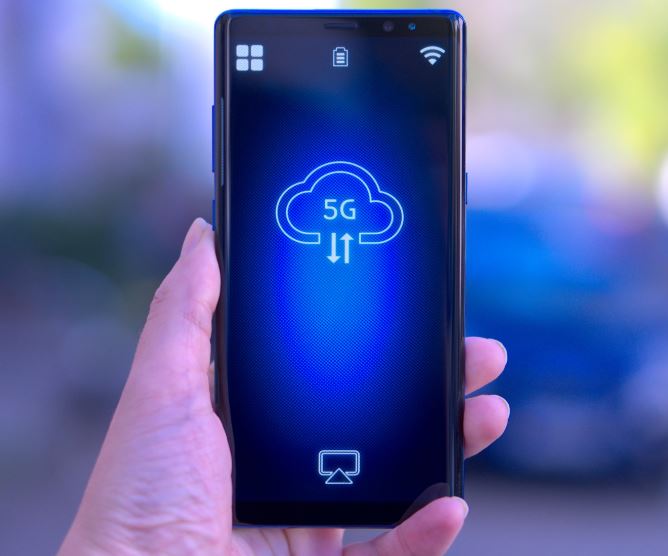 Contents show
5G is the latest cellular network standard at the time of writing this
5 GHz is a Wi-Fi band on consumer Wi-Fi routers
5G Wi-Fi networks: Killing the confusion

As you might already know, 5G is the latest cellular network technology, which will offer connections that will suffer from low latency and you can also enjoy higher speed by connecting multiple devices to the network. 5G hasn’t been rolled out in all the cities of India, however, we can find major parts of India with 5G coverage within the next 1 or 2 years.

You can know more about the advantages of using a 5G network in this story. But to be put in simple words, 5G networks will be better than its predecessors. The telecom service providers also need to improve their underlying architecture to support 5G networks that will use very tiny millimetre waves and there should be more cell towers. The cell towers need to be placed behind every single building or two to make 5G signals travel properly without getting stuck by obstacles.

So, now you can understand, just like 3G and 4G, 5G is the next new standard for communication which will offer more benefits, to be said in simple words.

When it comes to communication using Wi-Fi technology, there are two Wi-Fi bands used, the 2.4 and 5 GHz band. As a number of other devices, including the micro-wave ovens, operate at around 2.4 GHz bands, they are congested and suffer from interference and a number of other problems that degrade the signal quality.

2.4 GHz bands have fewer channels free for communication, as almost all the homes and offices nowadays have Wi-Fi. That said, almost all the Wi-Fi routers have the option to operate at 2.4 GHz today. So, it was the need of the hour to introduce another band for Wi-Fi connections, and the 5 GHz band was the answer, which has more free channels and is also faster than 2.4 GHz networks.

Most wireless routers nowadays come with support for both the bands, the 2.4 and 5 GHz, and they are called dual-band Wi-Fi routers when you see them at stores.

So, now you have understood, 5G is the new cellular network technology, and 5 GHz is a band for Wi-Fi. Then, why some Wi-Fi networks come with the name 5G? Well, you can actually assign any name to your Wi-Fi network, like ‘Fastest 5G Wi-Fi’ or ‘2G Wi-Fi’. That will hardly affect the speeds. But even after keeping away the possibilities of random naming, there can be a few reasons behind a Wi-Fi SSID having the name 5G in it.

First things first! In most cases, the name 5G in a Wi-Fi network name refers to 5 GHz Wi-Fi. As I have mentioned earlier, dual-band Wi-Fi routers have support for both the 2.4 GHz and 5 GHz, and most users enable broadcast of two Wi-Fi networks, the 5 GHz, for newer devices, whereas the 2.4 GHz is used for connection with older devices. If both the Wi-Fi networks are having the same name, 5G in the Wi-Fi network name is simply used as the abbreviation of 5 GHz to better understand, which is the 5 GHz network, at the time of connecting to the Wi-Fi. Even though the name might confuse most people, it isn’t meant to confuse people.

Some Wi-Fi networks, especially those given by certain OEM or cellular network providers also have their Wi-Fi devices, JioFi 4G Hotspot, in India, for example. In the coming days, most cities will have 5G coverages, and the portable Wi-Fi hotspots that will be launched then can come with the term ‘5G’ in their network names. In that case, that doesn’t necessarily mean it is using the 5 GHz Wi-Fi network. Most portable Wi-Fi hotspots might actually be relying on 2.4 GHz Wi-Fi network, despite using 5G to connect to the cellular networks. The 5G is simply to brag the underlying connection, which is 5G cellular networks to connect to the internet. This could have been 4G Wi-Fi, 3G Wi-Fi, to just show off, those portable Wi-Fi hotspots are using 4G, 3G, or even 5G to connect to the internet.

It doesn’t take a lot of hard work to change the name of your Wi-Fi network, as long as you know how to do it on your wireless router. 5G is a cellular network technology, and 5 GHz is one of the two bands, used in wireless Wi-Fi routers meant for consumers.

I hope, all your confusion is removed now. Do you have any questions? Feel free to comment on the same below.