With every new generation of cellular networks, we get something new, and if not that, we at least get better connectivity and speeds. With more devices getting connected to the internet, basically everything you can think of, we need something capable enough to power all the devices and keep them connected for a fruitful outcome. 5G, or the fifth generation cellular network technology is the one capable of that, which is just around the corner, and we should be able to enjoy full-fledged 5G very soon. So if you are excited about 5G, we will see, why it is a really big deal, and the challenges, mobile operators will face, implementing the new 5G technology.

5G networks will undoubtedly offer better speeds and more reliability, but that is accomplished with a whole new technology, which is way different from the currently existing 4G networks, which basically means, the mobile service providers will need completely new infrastructure to make the dream of 5G come true. The 5G network is the gateway to the next generation technology which will make self-driving cars, remote surgeries, zero-latency gaming, and everything else, we consider fantasy today, a reality. 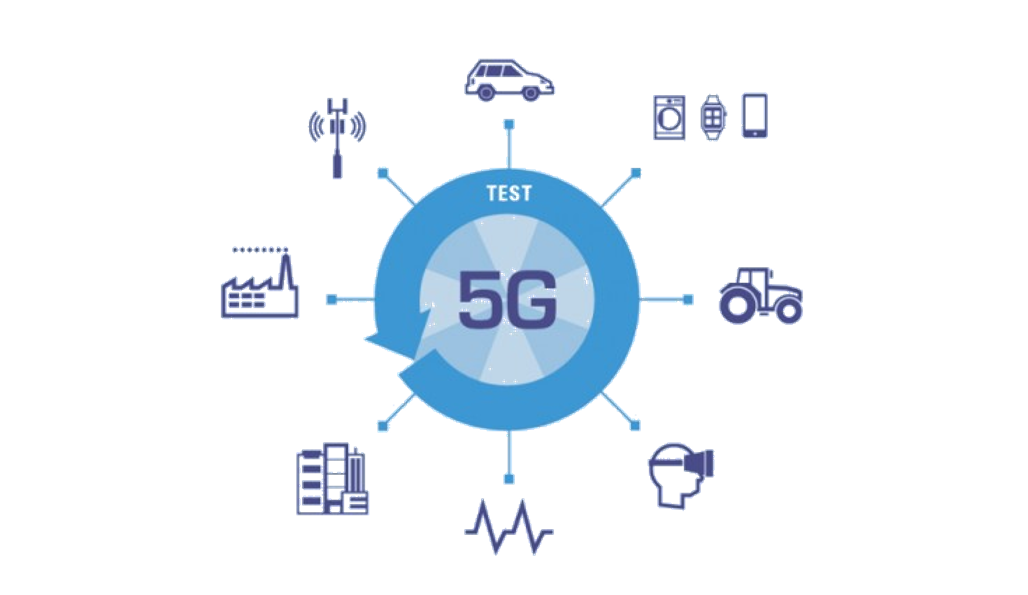 So let’s peep into the benefits of 5G technology, which will be followed by, how exactly it will be accomplished, and ultimately the challenges, the mobile service providers will face, implementing this revolutionary technology. Lets’ see some of its features:

As I already said, with every new generation of cellular technology, we all get the scope to enjoy better speeds, 5G technology isn’t an exception, as well. Breathtaking speeds are the first among the many characteristics of 5G networks. The 5G network speeds can reach as high as 10 gigabits per seconds theoretically, which is 100 times faster than the preceding 4G technology.

Though these are theoretical speeds the actual speeds you will get will depend upon the carrier network, and how well they get over the limitations of implementing a 5G cellular network technology. However, it will be way faster than 4G and you can drive your imaginations crazy with the ability to download an 8K movie in seconds, which is impressive, to say the least.

I know there’s nothing called zero latency, but what 5G will do is, will take you closest to what we call zero latency. The interval between sending a request and getting a relevant reply to it is called latency, add the lower it is, the better the service that we get.

The latency on 5G networks will be way less than 4G, networks, which will lead to reaction times even faster than that of human beings. This will eventually open up a lot of avenues for new technologies. Stream games like you are playing it on your local computer and enjoy VR in its full glory.

Remote surgeries can also be a reality, where doctors and surgeons can perform surgeries on patients in remote countries in real-time, which can be a grand panacea when time and distance is the gap between life and death.

But getting better speeds, lower latency, and reliable connections isn’t possible with the existing infrastructure. So let’s find out what is going to happen behind the scenes to make 5G to reality.

Necessity being the mother of invention, 5G technology will connect more devices, making interconnected IoT devices a reality, but that requires a separate spectrum that can accommodate more devices. This brings the first building block of 5G, or the 5G network basics, i.e millimetre waves.

Every single electronic device we use, send and receive wireless signals in the radio frequency spectrum within the range of 2.4 to 6 GHz. With more devices including the microwave ovens and every other device using the same frequency, this range is getting congested.

Just consider the spectrum to be a lane that is congested with hundreds of vehicles for some occasion. But if there is an extra lane, this problem can be mitigated, and that is what millimetre waves will do.

5G will be using the radio frequency spectrum between 6 and 300 GHz, and this will be accomplished using millimetre waves instead of centimetre waves used in cellular network technologies preceding 5G. With such short 5G wavelengths, more traffic can be packed into the spectrum, and no interference is an additional benefit of the extremely short millimetre waves.

But millimetre waves cannot travel long, and can easily be absorbed by trees, clouds, buildings, etc., and just like every cloud has a silver lining, a new technology, the smart cell technology will be used to get around this issue.

Our cell towers use high power transceivers to send and receive radio signals to long distances within a range of 10 miles or so. But the millimetre waves can’t travel such long distances and the smart cell technology is used, where low powered cell towers will be implemented to cover 40 to 50 times lower range than that of conventional base stations or cellular towers.

The low powered cell towers will be installed on lamp posts, signal posts, buildings, etc. to boost the signals within very small areas of around 1000 feet or so. With smart cell technology, the millimetre wave signals will not drop every now and then if the user goes behind a building, tree or any other potential obstacle to receive signals of such very small wavelengths.

MIMO stands for Multiple Input Multiple Output. The conventional 4G cellular network towers use multiple ports to handle the complete cellular traffic. Massive MIMO is an implementation of the same MIMO technology with some additional ports, almost 20 times more than that of 4G base stations to handle additional cellular traffic, which obviously comes from additional IoT devices and everything else, even faster.

But these base stations transmit the signal in all the directions within a specified range, which eventually leads to interference. Talking about 5G, the interference will be terrific with so many devices connected to the same base station. This problem will be resolved by the 4th building block of 5G, the beamforming technology.

Instead of sending the signal in all the directions around the base station, beamforming will transmit the signals precisely in a single direction, i.e in the direction the device implementing some special signal processing algorithms, which will not only reduce interference but will also increase the efficiency of signal transmission.

Beamforming will actually find, where exactly the signals are coming from, analyze the time intervals, and use the special signal processing algorithms to triangulate the location when multiple users are connected to the same base station or smart cell.

Due to reciprocity, the base stations cannot handle the movement of cellular signals in both directions at the same time. To get the job done, two different frequencies are used to send and receive signals in two different directions. But with full duplex in 5G cellular network technology, full duplex communication will be handled in a different way. Full duplex in 5G cellular network technology will be handled with extremely fast switches made from silicon transistors to switch directions in no time.

The challenged in implementing 5G technology

All the building blocks of 5G aren’t up to the mark yet. But the researchers are still working on all the single elements to make 5G a revolutionary technology in the coming years. But there are challenges in implementing this revolutionary 5G cellular technology. The researchers will work around the limitations undoubtedly, but let’s find out a few of the challenges, the service providers will face.

Some local communities don’t allow setting up of smaller base stations aka. Smart cells in their places, maybe because they are afraid of the 5G technology dangers or the health risks associated with 5G radiation. Most think, 5G radiation can be a reason behind cancer, which though isn’t testified by FCC, though they still need to carry out additional research.

Due to the very short coverage of 5G signals, installation of base stations in localities is rudimentary, and it will take time for most cell service providers to provide 5G signals at least in the densely populated cities, if not in the smaller towns and villages.

5G network in the world. When is it coming?

But when is 5G network coming! Good news is, it is already there. In spite of all the limitations, Shanghai is the first Chinese city to roll out the 5G network, along with some parts of Chicago and Minneapolis by Verizon. Not only that, AT&T, the American cellular service provider has around 19 cities with 5G coverage.

We can enjoy the benefits of a 5G network in India by 2020 or 2021. If you are planning to a flagship 5G phone and jump on the upcoming bandwagon, just wait! 5G smartphones will cost you a fortune right now if you compare it with the smartphones without the support for 5G networks.

5G networks will even have additional lanes to support parallel data transmission, but those lanes, as well, will get congested very soon, with more devices getting connected to the internet every single day when we might need to think of new cellular technology.

5G networks will be capable enough to replace the high-speed home internet connections, though it will all depend upon the tariff plans the cellular network service providers will offer the services at.

So that was all about the details of 5G technology, you should know right now. Hope the information was useful for you. Do you have anything else to say? Feel free to comment the same down below.