Mobile phones, or better, smartphones are part of our lives nowadays. Apart from making calls, we all use our smartphones for entertainment, gaming, surfing the web, ordering food, booking transport and carrying out every other sort of task quite easily with just a few taps right on our palm. A smartphone is no less than a magic wand on our palm these days. We all know, smartphones do all the wonders by communicating to our home Wi-Fi or the mobile networks using low-powered electromagnetic waves. But, there are people, who fear that the electromagnetic waves that are emitted or received can cause serious damage to our body. 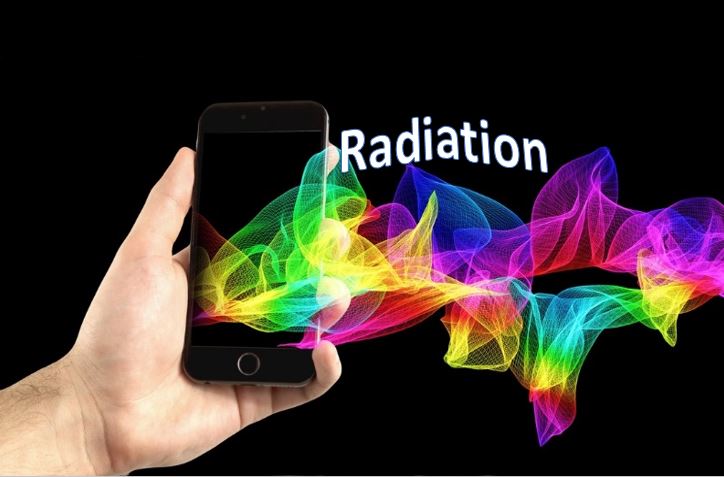 Can the radiation cause serious long-term problems? Let’s find out

There is no doubt when communication is taking place using electromagnetic waves, there will be some sort of radiation that is allowing the magic to happen. But, as of now, there is no evidence that radiation from smartphones or other mobile devices can cause any sort of serious health hazards, and there isn’t a lot of scientific evidence to back it up. So, today I will talk about why smartphone radiation is not harmful to us, how it is different from the actually harmful forms of radiation, and ultimately, whether mobile phones have some other form of a health hazard, which isn’t directly associated with electromagnetic radiation.

Before I talk about, whether radiation from mobile devices has any health hazards anyway, we will have to look at the electromagnetic spectrum that will give us some definite information about the different types of electromagnetic waves, their frequencies, and wavelengths, and finally, what types of radiation are truly harmful to human or other living beings.

Talking about the electromagnetic spectrum, the radio waves have the maximum wavelength, which ranges between 1 meter and even 1,000 meters and 1 Kilometer, and even more. As the frequency of the electromagnetic waves has an inverse relation with the wavelength, the frequency of the radio waves lies somewhere between a few KiloHertz and around 3 MHz. Coming to microwaves, they have wavelengths between 1 mm and a few centimetres. It is the same frequency that is used to heat food, as microwaves can create a lot of heat when it is concentrated within a very small volume.

Next up in the spectrum is infrared waves, the wavelength of which lies between 1 millimetre and somewhat close to 1 micrometre. These are the same types of waves, which are used in the TV or other remotes. The next in the electromagnetic spectrum is visible light, and depending upon the colour of the visible light, the wavelength can lie anywhere between a little close to 1 micrometre and around 100 nanometers.

All the next types of waves in the electromagnetic spectrum that have a wavelength less than that of visible light, like UV rays, followed by X-rays and Gamma rays have very low wavelengths and very high frequencies. Due to the extremely high frequencies of the EM waves spectrum beyond visible light, those waves can break chemical bonds, and thus, the radiation caused by such extremely high frequencies are called ionizing radiation. When human beings or any other living being is exposed to ionizing radiation, it can break the chemical bonds within the DNA, which can lead to genetic mutation, and eventually cancer.

Thus, ionizing radiation that has very high frequencies is undoubtedly harmful to us. The radiation from nuclear particles lies in this range, and that is the reason why nuclear radiations are potentially harmful and continuous exposure could cause cancer or serious long-term health issues. The frequency of the ionizing radiation can lie in the range of Picohertz or PHz to around a few Exohertz or EHz. All the electromagnetic waves that have frequencies below visible light are called non-ionizing radiation as they cannot rip electrons out of the atoms or they don’t have the ability to break chemical bonds.

The spectrum used in mobile phones and cell towers

But as I just said, even the EM waves which do not emit ionizing radiation can cause heat when the radiation is confined within a very limited space. The same can thus, cause burn to humans or other living tissues. That said, all the countries across the world have set limits on the radiation by mobile phones and cell towers to reduce the heat. The FCC or Federal Communications Commission has set the limit to 1.6 Watt per Kg or W/Kg. This is far less than the radiation that could cause skin buttering.

You can see the SAR value of your mobile phone either in the settings or by dialling ‘*#07#’, and you will see that the SAR or Specific Absorption Rate value is far less than that of 1.6 W/Kg, or the maximum SAR value in your country, which is also 1.6 W/Kg in India.

I am pretty sure, most users worry about one and only health hazards of using mobile phones, and that is cancer. It isn’t yet proved the radiation by mobile devices can cause cancer or any other long-term health effects, and thus, hopefully, you got your answer. If that was the case, visible light would have resulted in cancer for decades.

Well, there isn’t any evidence that shows mobile phones could cause cancer. Let me give you a little more information that invariably supports my statement.

For the last 20 years, there has been an exponential increase in the use of mobile phones. But we didn’t observe an exponential increase in the number of cancer cases or any other disease. If mobile phones really caused some long-lasting impact on human health, that should have shown some negative impact on human health through some disease. But as of now, there isn’t any such evidence or data that shows us any link between the increase of mobile phone usage and any particular disease.

Try to use your mobile only when you need it, or use some sort of app or mental trick that can help you cope with addiction for mobiles or better smartphones.

I think it is clear to you now, that the use of smartphones will not have any long-lasting major impact on your overall health. Do you have any questions? Feel free to comment on the same below.

What is a Payment Bank?