The internet is the place, where one can get most things mankind wants. But it is also not free from threats. We come to know about data breaches every now and then, and if you are really concerned about your privacy online, there are several tools in your hand. While a group of people is concerned about privacy, there is yet another group of people, who want to access geo-locked content, and just like everything else, you can find specific tools on the internet to accomplish your mission. When it comes to privacy and getting over geo-restrictions, VPN is a great option most users go for. While others use VPN to get over geo-restrictions.

While VPN and Proxy seem to be similar tools to most users, there are several differences, when it comes to how these services are implemented, and how exactly these services work. However, technically speaking, in both cases, you connect to a remote computer and that remote computer eventually connects you to the desired server to help you get a certain service, or access the internet. So, today I will talk about the differences between a VPN and a proxy. I will emphasize on the pros and cons of both VPNs and proxies, and finally, which is going to be the best mate for your requirements, considering all the pros and cons.

So, without any further delay, let’s get started with the differences between a VPN and a proxy, by first talking about how exactly they work. 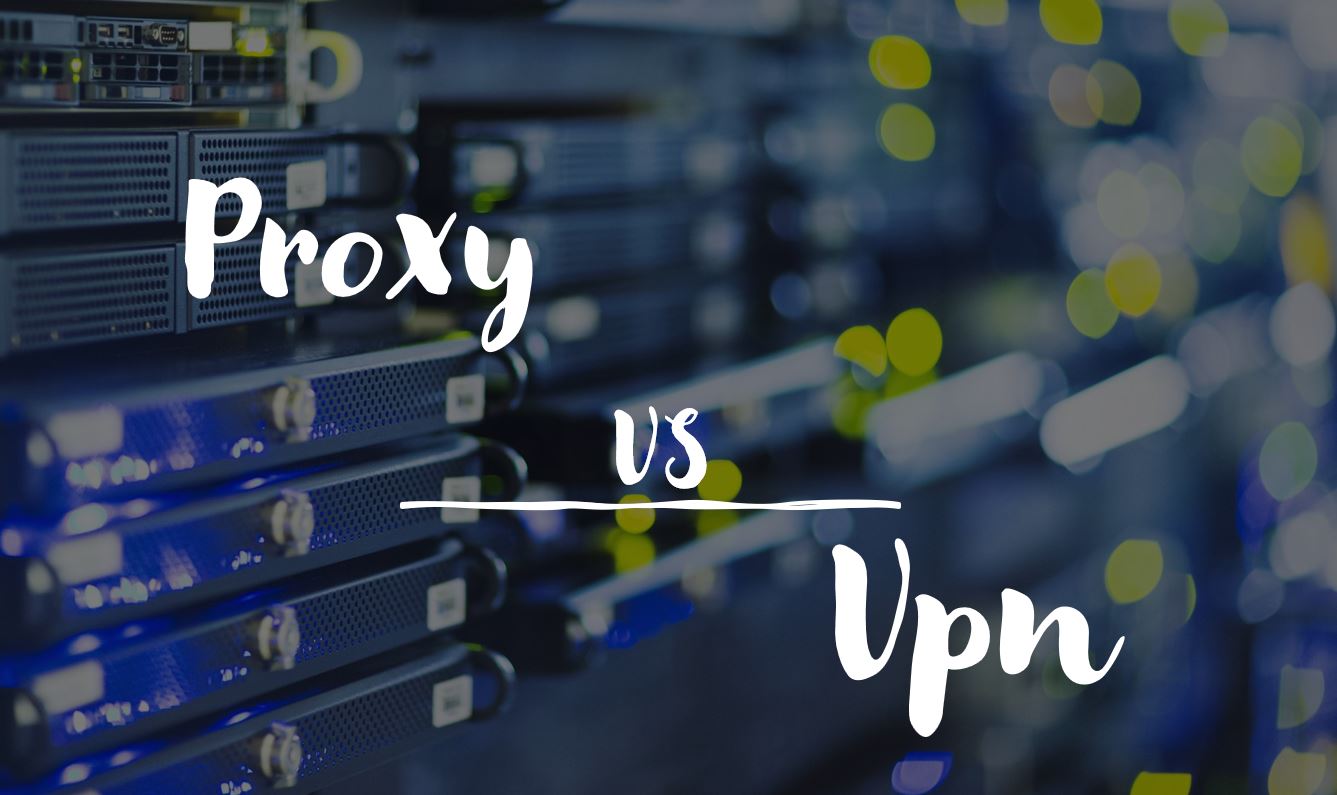 HTTP or Hyper-Text Transfer Protocol proxy is a proxy that can only be useful while you are surfing the internet using your regular web browser. The traffic will be routed through the HTTP proxy and it can only be useful if you are trying to access different websites to trick the host server into thinking that you are somebody else, or even to access geo-restricted content.

If you want to access any web service through a proxy server that is not general web traffic, SOCKS proxy can be used. For example, if you are playing any game, using some video streaming application, doing file transfer through the FTP protocol, or you are doing anything else that is different from general web traffic, SOCKS proxy can be used. Even though SOCKS proxies can be useful to access several types of web traffic, these proxies are relatively slower than HTTP proxies as these proxies have to handle more load compared to that of HTTP proxies that are basically used for regular web traffic.

These are local proxies that are set up at an organization level, like in a school, university, or office to keep track of what the users are up to on the networks. These transparent proxies are set up to maintain a log of the user’s browsing habits, and the users are not supposed to be aware of the presence of such proxies. These proxies are also often set up by parents to keep track of what their kids are doing on the internet and monitor their online habits.

So, basically there are three different types of proxies and hope you have got an idea of how proxies work.

Just like how a proxy works, a VPN also routes your traffic through a remote server just like in the case of proxies, however, there are several differences. The biggest difference lies in the fact that the traffic is encrypted on your system using the VPN client which is eventually sent to the  VPN server which then connects you to the host server that you have requested. Just like the case of a proxy, a VPN connection will also assign a new IP address, such that the host server considers it to be coming from a geographical location, different from where you are.

As the web traffic is encrypted at your end, your ISP will not be able to see the web traffic, and thus, they cant have an idea of what you are doing on the internet. Additionally, government agencies, will also not be able to track what you are doing online if you are using a VPN connection. Last but not least, a VPN connection also encrypts the traffic from your complete system rather than from individual applications, and that eventually adds an additional level of security for all types of web traffic that leaves and enters your system.

Differences between proxy and VPN

Now that you have got an idea of how proxies and VPN work, let’s have a look at the difference between a proxy and a VPN when it comes to several other aspects taken into consideration.

When it comes to security and privacy, a VPN connection encrypts the traffic until it reaches the VPN server to prevent your web traffic from being tracked by your ISP, government surveillance systems, and the bad guy sitting outside your network. However, in the case of proxies, no such additional encryption takes place. It means, if you are sending out sensitive data, you should better be careful. If you are transacting in plain text, the proxy server as well as your ISP can see the web traffic. So, a proxy server is not trustworthy in that case. That said you should always try to find out proxies that are not notorious for collecting user data, and you should better visit websites having HTTPS while using a proxy server. That way, the proxy server will not see the content of the data packets.

As I have already discussed, a proxy works on an application level, which means it can cater to specific applications, and not on the complete web traffic that leaves and reaches your system. There are several applications, which can’t be configured to use a proxy, and in such situations, using the VPN seems to be the sole alternative available. However, a VPN works at the operating system level that encrypts all your web traffic. A VPN works for all web traffic that leaves your system, and the same happens for all the incoming web traffic.

As a proxy just acts as a middleman between your system and the host server, it is comparatively faster than that of VPN connections. As the VPN client needs to encrypt the packets before it leaves your system for the VPN server, and it also needs to decrypt the packets after it reaches your system, the overall speed declines. However, that is an ideal case scenario. Things can be exactly the opposite if the proxy server is not maintained properly, and you are using a premium VPN service that offers great speed and as reduced latency as possible. There are numerous ways you can speed up a VPN connection, which I will be discussing later someday.

Why you can use proxy network services for free, VPN connections are available in both free and paid models, however, it is always advisable to use paid VPN services if you are looking for better performance while accessing the internet. Even though there are free VPN connections, they usually have limited bandwidth, and the servers are not located everywhere in the world. That might result in slow internet speeds in the case of free VPN networks. So, you should choose VPNs wisely, and make sure it offers low latency, say, if you want to play online games.

If you are using a proxy, it is not going to put a significant load on your system as your system just routes the data to a server, which a system will even normally do while you surf the internet. However, in the case of using a VPN, your system has to do an extra task of encrypting and decrypting the web traffic when the packets leave and arrive on your system respectively. So you need a fairly powerful system for VPN to work, and at the same time, you should get good internet speeds.

Which one should you use?

Now, to the most important question. Which one should you choose between a VPN and a proxy? The answer to this question totally depends on what exactly you need. The function of a proxy is fundamentally limited to swapping the IP address, and it is only through that, you can access geo-restricted content or surf the web. It doesn’t offer any sort of extra security like encryption.

However, if you are looking for additional security, a VPN connection is all that you need. But, if security is your first priority, you should choose a VPN that has a no-log policy. You should peep into the VPN’s privacy policy, and you can also read reviews online to find out, which one is going to be the best VPN as per your needs.

It all boils down to all your specific requirements, and why exactly you want to use a VPN or a proxy when you are online

So, that was all about the differences between proxy and VPN. Do you have any questions? Feel free to comment on the same below.

Dr. Disrespect is Coming Back after Twitch Ban, Rumors