The coming decade will see massive breakthroughs in the domain of technology, and I, along with all the tech enthusiasts are pretty excited about it. We will depend more on technology in the coming decade, and that said, we should use the technologies more responsibly only for our good, without harming others. But there are some bad guys who keep finding vulnerabilities in systems and keep no stone unturned to exploit them unless a patch is released to fix that. In the coming decade, we are stepping into the AI age, and just like most other gadgets, they too, are and will be vulnerable to those bad guys.

But, unlike getting your computer or mobile hacked, with hackers hacking our smart home, drones, or other new gadgets, the consequences can be more serious, and if not that, it is going to be different from getting the computers or mobile devices hacked. So today, we will look into what will be the possible targets of hackers in the coming decade. Hold your breath! Some consequences can be scary, and can also be interesting at the same time. All that I will talk about is my personal opinion, however, the reality can be better, provided, the manufacturers safeguard the gadgets with the best security standards from time to time.

So, without any further delay, let’s get started with, what kind of emerging technologies the hackers could target, in the coming decade.

Smart gadgets are yet to earn popularity, and by the next decade, we can see smart gadgets to be the building block of our smart homes, and once they are used by the mass, that can be a meaty target for the hackers. A smart gadget can be made to behave abnormally if hacked and depending upon the individual gadget, the consequences can be funny by switching on your light remotely at midnight, or as scary as hacking the temperature sensor in your smart geyser to not stop the heating element from functioning, even after reaching the set temperature. I don’t think I need to elaborate on, what the consequences can be if something of that sort happens.

Your privacy can also be compromised if the output from your CCTV is intercepted. The smart gadget manufacturers thus should keep no stone unturned to deliver security updates to the smart home gadgets so that they can be kept at bay from the bad guys in the tech world. A smart hub, which is used to control multiple devices with voice, needs more security as if the hub is compromised, it means, the complete home can be at risk. When everything including lights, fans, CCTV cameras, geysers, and other elements will go smart to offer us more convenience, the same, if hacked in mass, can be no less than a catastrophe.

As you might have understood from the consequences of hacking a smart gadget, the consequence can be equally bad, or even worse, if you are excited about your new smart kitchen. Being excited is not the sin that you have to pay for here, but there is a very thin line between delicious food and poison. If you add extra green chilli, that will not be a poison. But just imagine what consequences it can lead to if sugar is added while preparing food for a person suffering from last stage diabetes, or much salt to food cooked for a person suffering from high blood pressure.

Similarly, if you have food allergies, hacking a smart kitchen to feed you items that you can’t bear can also be life-threatening. Certain preparations, if not cooked with care, or, if certain prohibited ingredients are added, can also turn the food to poison. So, yes, a smart kitchen can be used as a lethal weapon against you, and neither you nor the manufacturers of such cool gadgets should take it lightly.

A smart city can be hacked by hackers after finding vulnerabilities to exploit the system, or it can also be carried out by terrorists by gaining access to the control system. Whatever may it be, depending upon the motive of the grey team, the consequences of hacking a smart city can be funny, which can be a piece of hot breaking news for the news channels, to an act that can disrupt the activities in a city, or cause other grave problems.

Do you think human drivers being careless and over-speeding on the streets is the biggest reason for accidents? Do you think autonomous, self-driving cars can be the solution? No! Self-driving cars run on the streets by sensing other cars in the vicinity, by using GPS and other data from other sensors to make decisions while running on the streets. The sensors can be fed with wrong data, and as they do not require any human intervention they can be hacked to cause serious accidents, which can be life-threatening, not only for the rider, but also for the other cars, and normal people on the streets.

The same goes for flying cars, which are yet to be observed in the sky. For proper movements, flying cars too, need to be controlled in the air, and that will be controlled by a set of computers, where the movement of the flying cars can be tracked to send the necessary information to the pilots for a safe and symmetric movement. You can compare it with the air-traffic control system in case of commercial and fighter jets. As there isn’t any standard yet that governs the movement of the flying cars, they are also equally vulnerable to attackers, and once any such unwanted thing occurs, it can be risky for both the fliers and the people on the land.

From smart bands to smartwatches these days, all are wearables. Most wearables today can connect to the internet either by conventional ways or through the mobile devices they are paired with. By wearables, we mean smart bands and smartwatches, which just track our everyday activities to display information on the number of calories burnt, the number of steps walked, etc. If such wearables are hacked, the information about your daily activities can just be wrongly displayed, which might not bother most people.

But with more wearables in the coming decade, which can range from smart rings to smart clothes, with even more sensors, hackers can track our movements to understand our habits and create targeted attacks. It can even set reminders at certain hours of the day, when you might be sleeping, or taking some rest, or anything of that sort, to simply disturb you. As wearables are supposed to be worn all through the day, the attackers can remotely turn on the microphone to listen to our conversations, or they can even get payment details while making a payment using the highly convenient NFC technology. There can be innumerable, and trust me, some judicious ways, wearables can be hacked, and yes, we have to use them responsibly.

The next government census in India will be conducted in 2021, and in the years to come, even in other countries, the census can be conducted online, and if the census data isn’t stored at a secure place, chances are, it will be hacked, or the data can be modified. What it can lead to! The government policies are introduced by having a look at the census, and if the policies are made, based on incorrect census data, it can harm the economy, on a large scale, and common people will be victims, as they will not get the services that they deserve.

Even though modifying the government census will make the hackers popular, the same can also be politically sponsored. I do not want to dive more into politics here, but what I mean is, just like most other things, government census, can be hacked by finding some exploits. Thus, such important data like government census should be kept at a safe place with military-grade protection, at least. The data in the census is crucial for the development of a nation, and it should, in no way be compromised, may it be India, or any other country.

We see drones for the purpose of surveillance, but in the coming decade, these marvellous pieces of tech will be used for a plethora of commercial purposes, for delivering food, medicines, normal goods, and also by the army. The drones that will be used by the military for defence purposes will, however, be protected with the latest security standards, most other drones will still be vulnerable. If multiple drones are attacked at the same time by an individual hacker or a group, it can be a frustrating situation, not to mention, it will no longer be able to carry out the task it is meant to do.

Multiple drones, when compromised, and is targeted by hackers, can be configured to cause lethal accidents, and if not that, they can create real chaos in a city which no one will ever like. Yes, drones have a lot of potentials, but if hacked, it can be equally frustrating and can be harmful at the same time for the people living underneath it. If it collides with any aerial object, maybe a flying car or a helicopter, that can also lead to serious consequences.

Nuclear explosions and weapons are scary. I mean, to me, those are the scariest things on earth. Getting killed by radiation is one of the most painful forms of death. Sorry, for scaring you! But, it is undeniable, there are countries that possess nuclear weapons. However, due to diplomatic terms, we can hardly find any country detonating nuclear weapons to weaken its enemy. Firing a nuclear weapon can lead to an apocalypse, and that is the last resort for any country. If something of that sort happens, everybody will have to pay for such an incident.

Even though the government of any country will hardly detonate nuclear weapons, the terrorist groups are uncontrollable. If by anyway, they get control over the nuclear warheads, the world will have to restore to its factory mode. Yes, nuclear weapons are powerful, and if they are in the wrong hands, anything can happen, and it is beyond the imagination of most.

Sorry for scaring you with the consequences, if the new technologies, which we will likely count on, in the next decade, are hacked. Maybe nothing happens. Even though hackers always try to look for vulnerabilities in systems, it is also our responsibility to use gadgets with care. Did I forgot to mention, the manufacturers also play a crucial role? It shouldn’t be that a company will stop its product supporting after a point of time.

The manufacturers should keep after-sales support at the first place, to ensure they are protected from the latest threats and should keep supporting the gadgets for a long time, at least for gadgets, that are considered long-term investments, like air-conditioners, geysers, etc. There should be newer standards that should govern smart gadgets, and other technologies to prevent the companies and corporate bigwigs play the game of monopoly, making us vulnerable after investing thousands of dollars to get the newest gadget of the next decade.

So, that was my list of top 10 technologies that can be hacked, or will be targeted by hackers, in the next decade. Do you have anything to say? Feel free to comment on the same below. 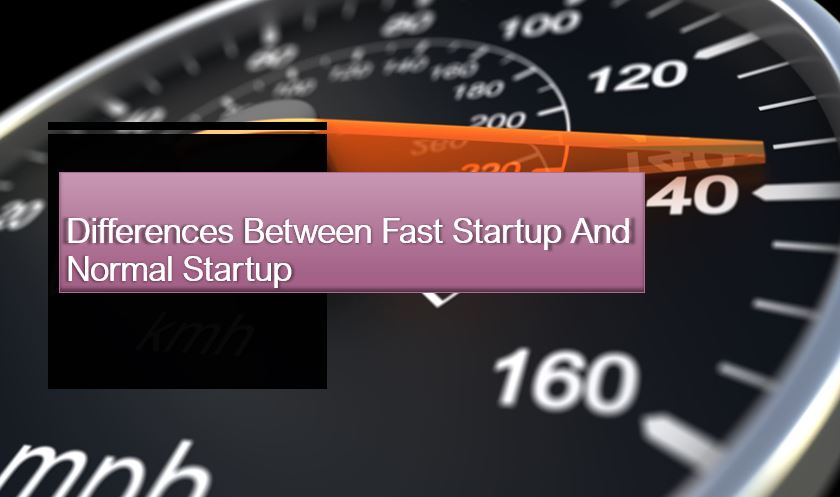 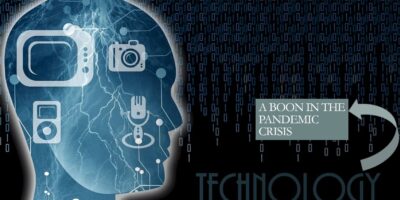 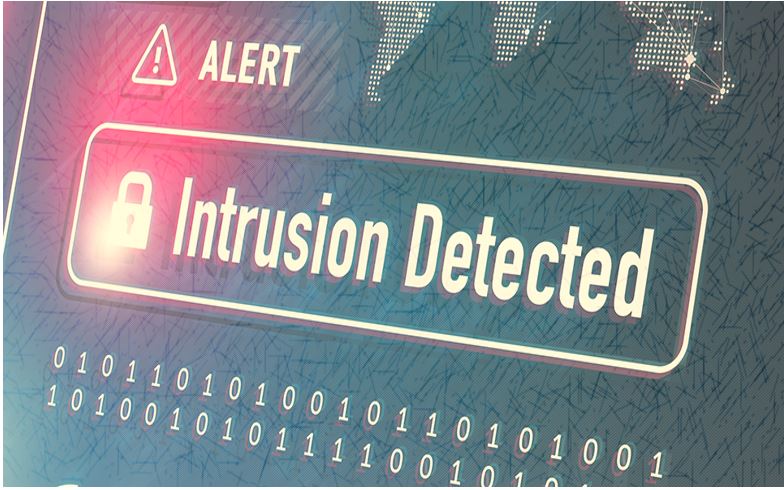 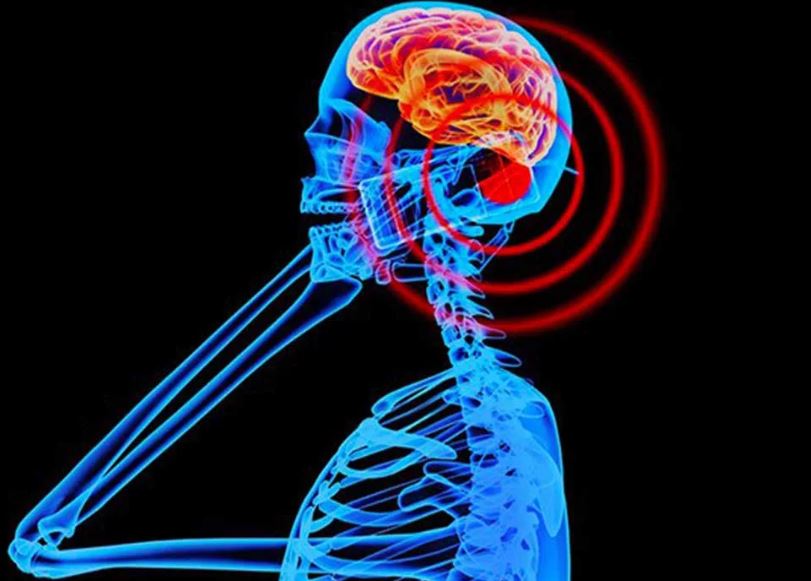