We always desire to run Windows programs on Linux operating systems such as Ubuntu, Linux Mint, Fedora and more. It is because of a wide range of Windows applications that are not available for Linux Distros. It is another reason why people refrain themselves to switch from Windows to Linux OS.

However, if you are not a big fan of Windows OS and want to learn Linux curves without compromising or giving up your crucial Windows applications then there are few best ways to run Windows applications on Linux, which is obviously a thing a Linux operating system user should know about.

Trivia: One thing is to be noted that recently, the Microsoft has announced that they are about to integrate full-blown Linux kernel to Windows 10 which means in future you don’t need to be switched to Linux from Windows 10 for learning the Linux apps or commands. However, for Windows 7, it still would not be possible.

On this Page show
How to Run Windows EXE files on Linux such as Ubuntu
Wine for Linux
Play on Linux
Crossover for Linux, MacOS & ChromeOS
Q4Wine- Qt GUI for Wine
Wineskin for Mac
Winebottler

How to Run Windows EXE files on Linux such as Ubuntu

WineHQ is the best way to run Windows programs on Linux operating systems. It a cross-platform application which is available for Linux (Ubuntu, Debian, Fedora, OpenSUSE, Slackware), MacOS, FreeBSD and Android OS. Wine is an acronym that stands for Wine Is Not an Emulator, in lieu of being an emulator, it is a free and open-source compatibility layer that uses API conversion technology layer to runs Windows applications on a variety of POSIX-compliant operating systems such as Linux, Mac OSX, and BSD.

As said, it uses API conversion technology, thus, it makes a Linux-compatible function corresponding to Windows to call a DLL to run a Windows program. Wine release is completely open source and is distributed free of charge. (Based on LGPL release: GNU Wide General Public License).  What we think that the true meaning of Wine should be the abbreviation of Windows Environment- WinE.

Well! now we know that Wine is not a Windows emulator so, it doesn’t run any kind of virtual machine or emulator to run Windows application which makes it more efficient and gives good integration capability with Linux OS.

Wine fully supports binary loading of Windows executables (.exe and DLL). Wine has a very robust and powerful built-in debugger that, in addition to supporting standard debugging features, is also customizable for debugging Windows binaries running on Linux. It is one of the best tools to run Windows software indeed, there are a lot of uncertainties when installing and running Windows applications in Wine, and sooner or later. So, there is no surety that all Windows applications will work on Linux using Wine, few glitches in some high-end applications are always there.

Playonlinux is a nice alternative to WineHQ for Linux to run Windows apps on Linux.  It is also free and open source program, thus, we don’t need to buy any kind of license to use Play on Linux. There are numerous apps and games of Windows that are supported by it.

To run windows program it uses a Wine compatibility layer and provides a graphical user interface at the front for user convenience. PlayonLinux has been written in Python language and it provides wrapper shell scripts to specify the configuration of Wine for any particular software. 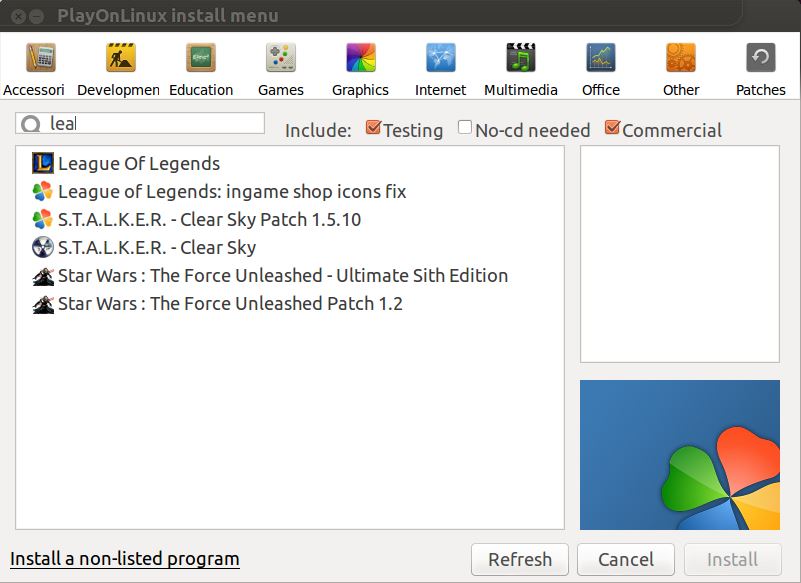 Apart from Linux, it can be used on MacOS and FreeBSD to run programs like Adobe Acrobat Reader DC, Microsoft Office 2016, Age Of Empires III, Assassin’s Creed Revelations and more. However, there is no surety that it will run the one too which you want to be on Linux. Thus, see the complete PlayOn Linux Windows app supported list- here.

Besides PlayonLinux, it also offers PlayonMac to run windows apps on MacOS.

Crossover is a best alternative to WineHQ and PlayOnLinux to run Windows app on Linux, MacOS and ChromeOS. However, unfortunately, it is not an open source program and users have to shell out some to use it. The crossover developed by CodeWeavers under a proprietary license to make Linux and Mac OS X operating systems Windows program compatible. 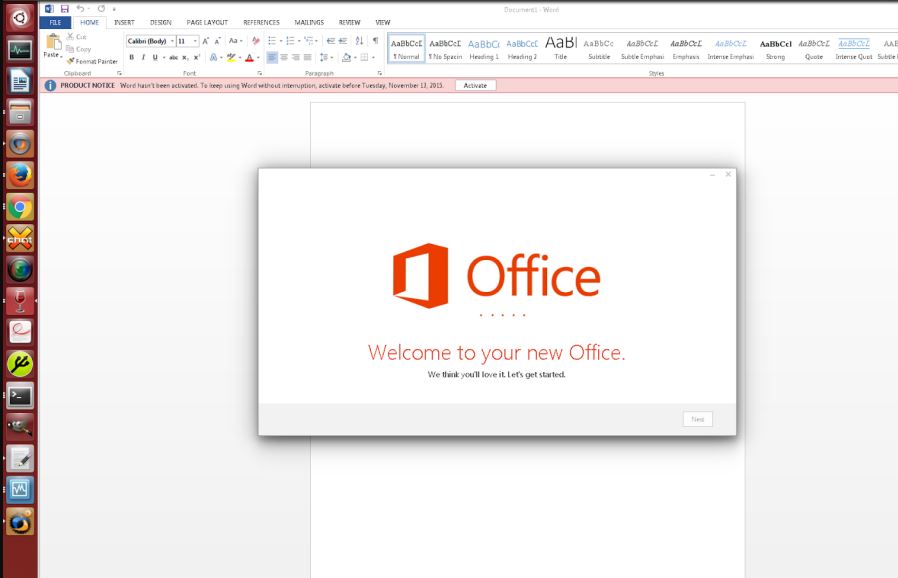 Besides Linux, you can download it from Google Play store on your ChromeOS running Notebook.

With CrossOver Mac, we can launch Windows applications directly from the dock, seamlessly integrate with your Mac and Linux system functions for cross-platform copy-and-paste and file interworking.

Well! being a paid software its support to run windows programs on Linux or MacOS will also be good. One year license cost of Crossover is $15.95 USD.

No doubt, the CrossOver is really a strong contender in this list, however, still, if you are looking for CrossOver free & best alternative then Wine and PlayOnLinux always come in mind, first.

Q4Wine is a Qt GUI for the Wine compatibility layer. Means the work of this tool is to provide an easy to use graphical user interface to manage Wine prefixes and its installed applications. Q4Wine is available for on Linux, FreeBSD and OS X platforms. 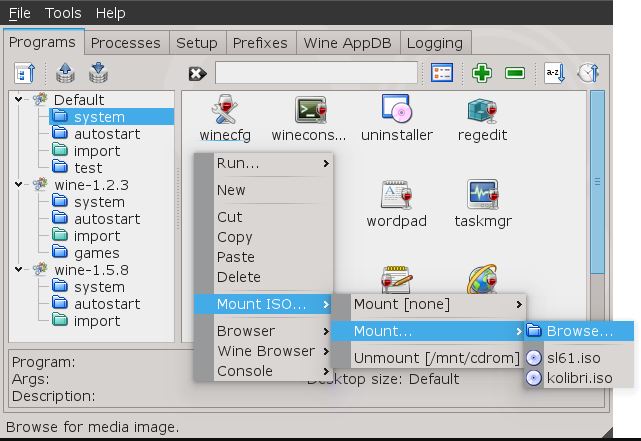 Wineskin is a tool to run Windows programs but only for Mac OS X. It is a porting tool that ports Windows application to normal Mac apps and works as a wrapper around the Windows software. It is free to use and currently works on OS X 10.6 Snow Leopard, OS X 10.7 Lion, OS X 10.8 Mountain Lion, OS X 10.9 Mavericks and OS X 10.10 Yosemite.

Winebottler is another tool that dedicated to run Windows-based programs on MacOS only. It builds using the open source tool Wine and it works as packager which ports the Windows application by packaging them to MacOS compatible. For example, some audio player is only meant for Windows, then you can use WineBottler to pack it for MacOS. 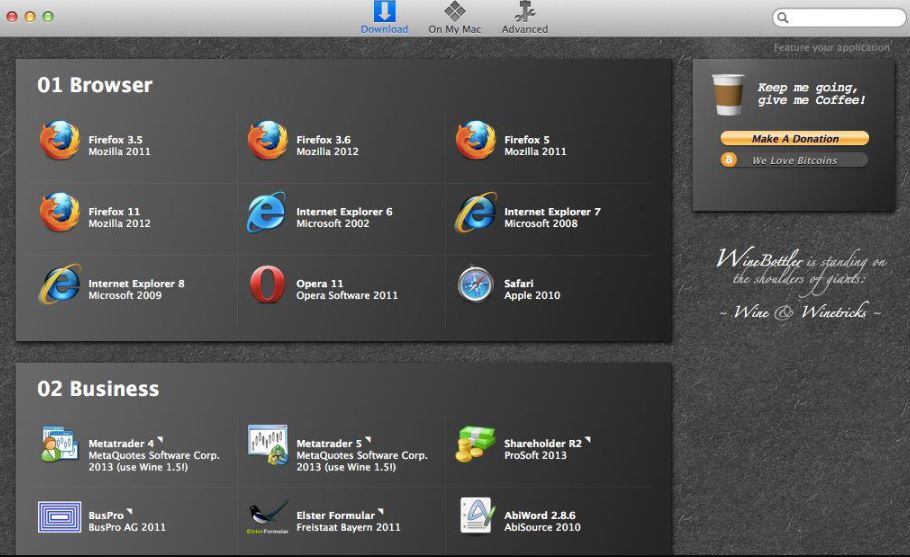 It is a very handy tool which with one click uses a script to configure, download and install Windows EXE app for MacOS. However, it is true for each and every application, as every software has its own shortcomings.

How to show real-time network speed on your Android device