The Turing test was invented by Alan Messon Turing, which means that the tester is separated from the testee (one person and one machine) by some devices (such as a keyboard). The tester asks questions at will.
After multiple tests, if more than 30% of the testers are unable to determine whether the testee is a human or a machine, then the machine passes the test and is considered to have human intelligence. The word Turing test comes from a paper written in the 1950 book “Computers and Intelligence” by Alan Messon Turing, a pioneer in computer science and cryptography. This British mathematician and logician are regarded as the father of computer science. 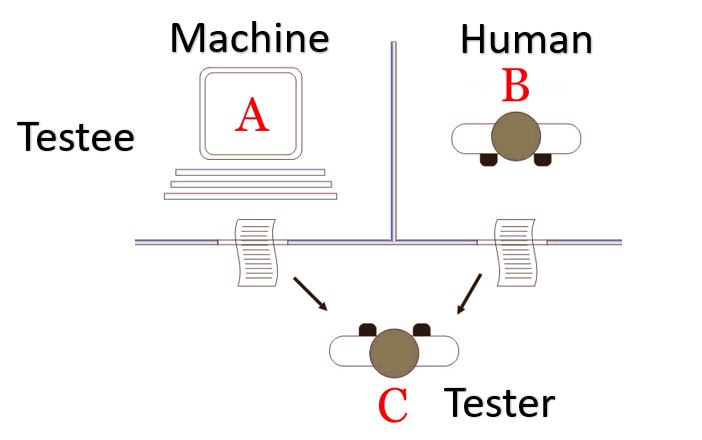 In 1931, Alan Turing entered King’s College of Cambridge University and graduated from Princeton University to pursue his Ph.D. In 1936, Turing cast a paper in the authoritative mathematics magazine in London entitled “On the application of digital computing in decision-making problems.” In this groundbreaking paper, Turing gave a rigorous mathematical definition of “computability” and proposed the idea of the famous “Turing Machine”.

The “Turing Machine” is not a specific machine, but a thought model that can make a very simple but highly computational computing device for calculating all imaginable computable functions. “Turing machine” and “von Neumann machine” are the same name, and are always included in the history of computer development.

In October 1950, Turing published another paper entitled “Can the Machine Think?” and became an epoch-making work. It is also this article that won the title of “Father of Artificial Intelligence” for Turing. Turing further predicted that by 2000, humans should be able to use 10GB of computer equipment to create artificial intelligence that can fool 30% of adults in a five-minute question and answer session. However, we are far behind this prediction.

Turing test: Turing proposed a way to test whether a machine has human intelligence or not.

Alan Turing gave a definition on the issue of intelligence from the perspective of behaviorism, and thus proposed a hypothesis: a person who, in the absence of contact with the other party, conducts a series of questions and answers with the other party in a special way, if for a long time, he could not judge whether the other person is a person or a computer based on these questions. Then, he can think that this computer has the same intelligence as the same person, which means, that computer can think. This is the foundation of the famous “Turing Testing”.

In order to eliminate the prejudice in the human mind, Turing designed an ” imitation game ” that is the Turing test: the human tester in the distance judges the response of the two entities to various questions raised by the two entities within a specified period of time. It is a human or a computer. Through a series of such tests, the degree of success of computer intelligence can be measured from the probability that a computer is misjudged as a person.
Turing predicts that at the end of the 20th century, computers will surely pass the “Turing test.”

CES 2019: Areas of Technology improvements that could grab attention this year

How to Insert watermark in Excel: Picture or Text