NPM is the package manager for Node.js to install and build different applications; while the Node.js is the framework or you can say a base to the built application using Node javascript. It can be installed on Windows, Linux, MacOS and FreeBSD. Also available as a Node.js Docker image.

Node.js offers the creation of modules that developers or its users can install separately to extend the functions of the applications. For example, Grunt module which is JavaScript Task Runner can be installed using the NPM package manager for Node.js applications.

How to install NPM & Node.js on Windows?

The first step to install the NPM is to obtain the Node.js executable file contains Node libraries for Windows 10/8/7. Go to Node official website; as we are installing the NPM & Node.js on Windows, needless to say, click on the Windows Installer (.msi). It offers both 32-bit and 64-bit version, depending on your system selects and downloads the same. 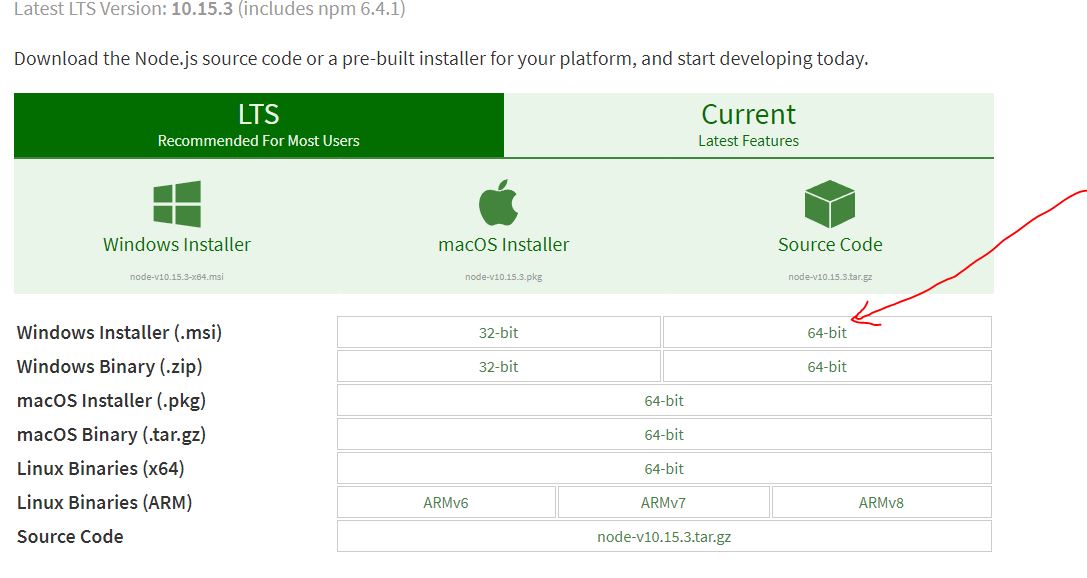 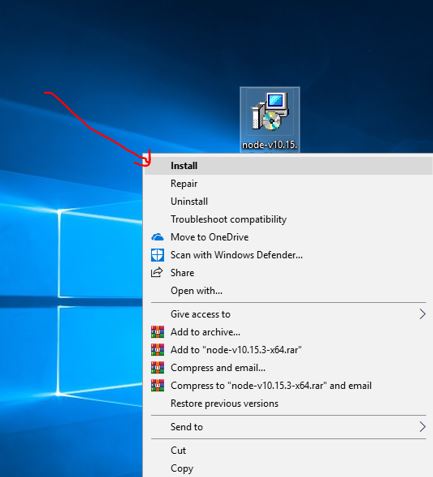 As soon as you get the first screen of NPM and Node.js wizard click on the Next button. 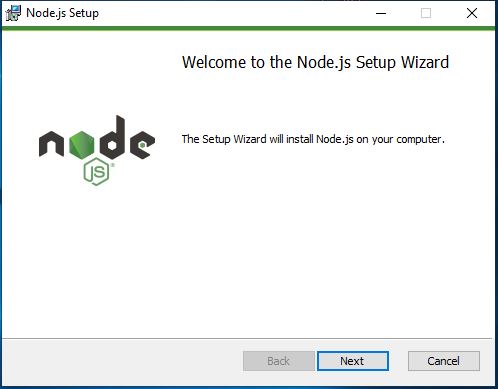 Check the box given for “I accept the terms in the License Agreement” and then click on the Next button. 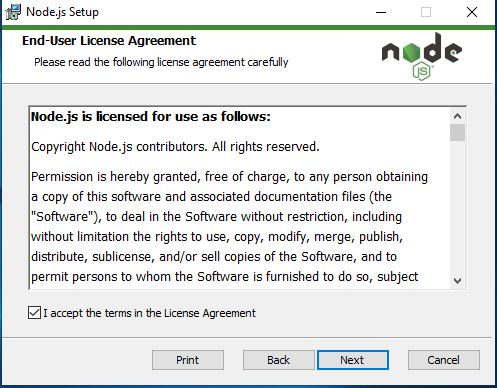 At this point in the setup wizard, it will give you a provision to change the installation folder path for Nodejs, in case you want. Otherwise, leave the default one as it is and click on the Next button. 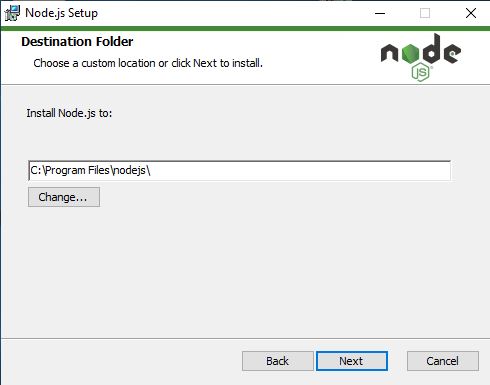 All the packages that are going to be installed on Windows along with Nodejs will show at this step and one of them is NPM package manager. Leave everything as default and just click on the Next button. 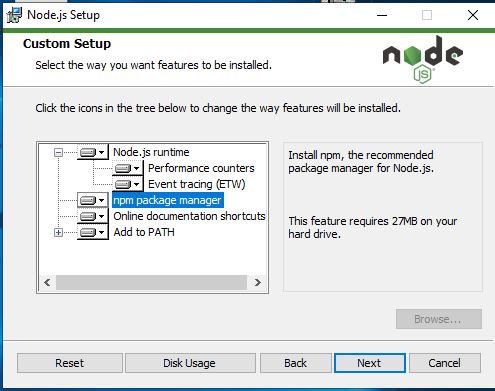 Everything has been set up now, what you have to do just click on the Install button. 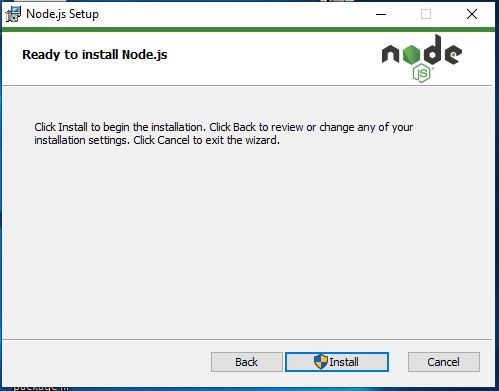 You can check or confirm the NPM installation along with Node.js using either Command prompt or PowerShell. The command is:

Furthermore, to use the NPM for some package installation you can use it as in the following way:

for example, here we want to install Angular CLI using the NPM package manager on Windows for Node.js app development. So, the command is: 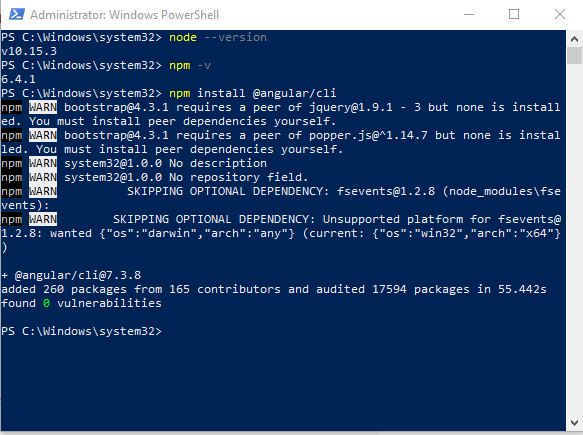 To list all versions fo NPM you can use :

To install some old or specific version of NPM use this command:

For example, we want to install npm 5.8.0 then the command will be:

It is recommended not to upgrade unless and until the stable version Node has not been released. However, here are the commands to upgrade NPM and Nodee.js to the latest version on Windows.

First, update or upgrade the NPM to the latest version:

Then upgrade node to the latest available version, As you can see we got the latest beta version 11 in the following screenshot.