Recently, the Acer has announced a new server that named “Altos R880 F4 GPU server“. The server was initially showcased at the GTC Taiwan 2018.  The Unique selling proposition of the Altos R880 is, it can host up to eight NVIDIA Tesla V100 32GB SXM2 GPU accelerators, where every GPU pair includes one PCIe slot for high-speed interconnect. 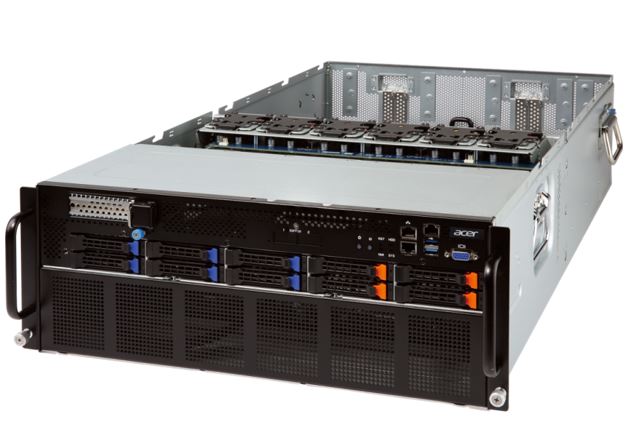 According to the Acer, their both Altos R880 and R480 F4 processors are designed to provide optimized performance and hardware-enhanced security.

Ubuntu 20.04 Server is the latest addition in the Long term server distro, released by the Canonical team. In this tutorial, we will see...
Read more
Tools

If you have a lot of files on your server it is an elementary task to keep an eye on it from time to...
Read more
news

Internet is the best means through which the rumours, fakes news, as well as the news leak, come in front very fast. This time...
Read more

Rajkumar Mauryahttp://www.how2shout.com
He’s always been passionate about technology and writing on the subject since 2014. He has a keen interest in all kinds of technologies, from consumer-tech to enterprise solutions. You can contact the author at-- raj@how2shout.com

If you have got a lot of time or some free time in your hand, reading some articles can...
Read more

NAS vs. Cloud Storage- Which one to opt and when is what useful?

In the modern world, NAS and Cloud storage in broadway is the same thing, because the core function of...
Read more

No doubt that social media is a very essential and must-have tool for almost each and every one of...
Read more

The huge content creation of images, videos, documents and other files from different digital devices increases the demand for...
Read more
- Advertisement -

8 Problems and challenges of digital education in India

Everything is going online these days and education is...
Read more
news

Impact of COVID-19 On Technology Startups in India, 45% are about to collapse

The merciless virus from Wuhan has so far been...
Read more
news

Coronavirus already has impacted the growth and revenue of...
Read more