The latest IDC data shows that in the first quarter of 2019, India’s smartphone market shipments reached 32.1 million units, an increase of 7.1% year-on-year. Among them, Xiaomi ranked first with 9.8 million units of shipments, with a market share of 30.6%. 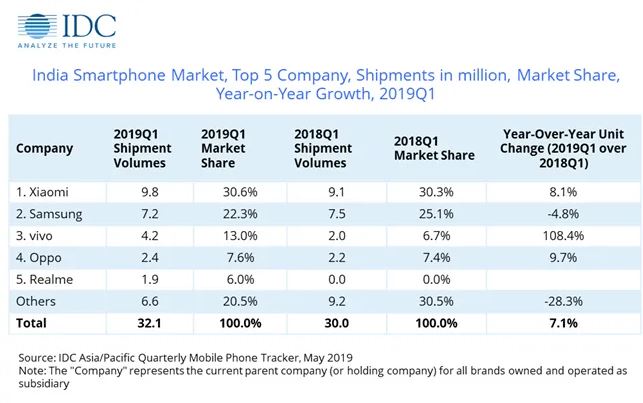 China’s smartphone brand shipments in India increased by 20%, the main credit is the sales of brands such as Vivo, RealMe and OPPO. India is the fastest growing smartphone market in the world, and Chinese mobile phones are popular with the price of the people, as well as self-portraits and large screens.

Some analysts have pointed out that the Indian market is rapidly spreading to mid-range price brands for high-end mobile phones. In the coming quarters, this trend will continue to lead to fierce competition in the mid-range market.