Google somewhere is lacking behind in terms of design that utterly proved with earlier launched Pixel 3XL, well indeed they are doing well in the camera department but the rest of is missing.

The irony is that the Google Pixel devices are very popular among leaks products; last time the same had happened with Pixel 3Xl devices, everything was in the media even before its launch and something similar appears this time too.  Well! these leaks are from Pricebaba and OnLeaks.

In Pixel 3XL there was significant Notch on display that became a subject to attract a lot of criticism and mockery. Perhaps, the successor Pixel 4 could save Google slightly from such embarrassments. We are saying this on the basis of Google pixel 4 design render leaks that have given us a glimpse of this upcoming phone.

In the above image, it appears, the Pixel 4 would not be completely Notchless because the front side of the phone shows the placement of an earpiece speaker. That apparently suggests that a notch on the forehead is to be expected with this device as well – or that Google places it on one edge at the top. 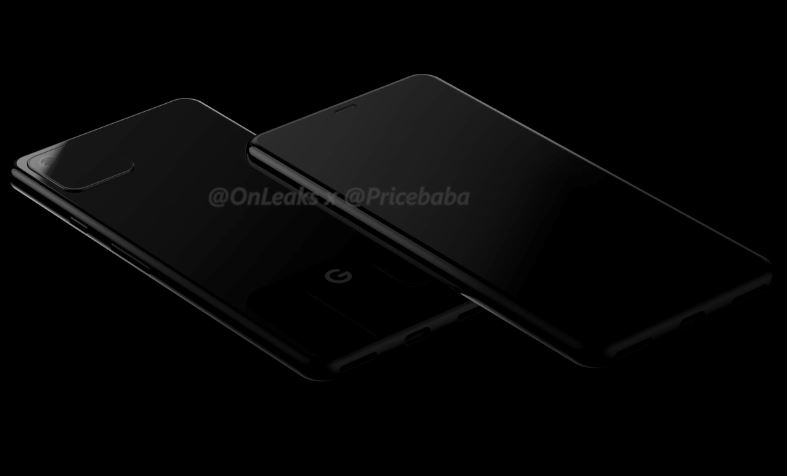 If you look at the back side of the camera then this early prototype blueprint, shows, the rear camera would be in a square design, just as this is expected in the upcoming iPhone. That would be a big change: For the first time, Google Pixel 4 could bring more than one camera sensor on the back. We can expect three cameras at least in this square.

Furthermore, it hard to say right now what would be the placement of the front camera because it seems unclear from the leaked pictures, it could be pop-up or a punch hole camera.

Also, strikingly absence of fingerprint sensor on the back side of the smartphone gestures that this time Google will place it under the display or perhaps use 3D face unlock module.

The speakers at the bottom along with USB Type-C ports show this time Google will drop front speakers. About specifications, according to rumours, it would have Qualcomm Snapdragon 855 SoC, 6GB of RAM and latest Android Q  OS.

Well! a lot yet to be known, at this juncture everything is just a rumour and speculation, however, we have some idea at least what could be the next in Google Pixel 4.

Google Maps soon will warn you if your Taxi shows discordance