How Successful was Digital India, so far?

Digital India was one of the key initiatives taken by the current party in power in India. With the next Lok Sabha elections just around the corner, it becomes imperative to understand the implementation of the policies which the BJP will put forward as the basis of winning, the next elections. In this light, this article shall discuss how prosperous was the Digital India movement.

Firstly, if you are still not aware what Digital India is all about, let me clarify it for you. Launched by the Government of India in 2015, Digital India has three interconnected goals – 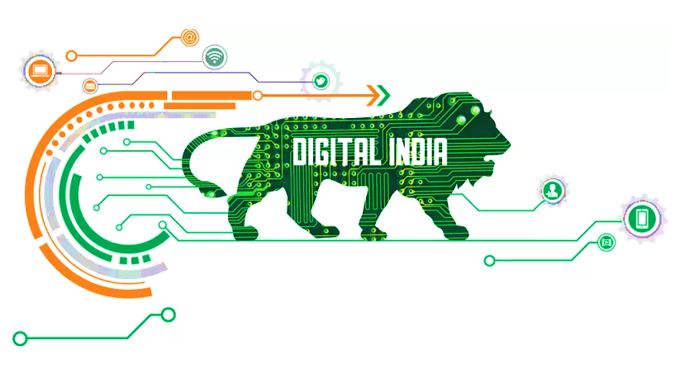 Through this initiative, India jumped 11 positions in the UN e-governance index since 2014. Moreover, there was also an increase in the number of e-governance transactions conducted every day. The Party in power is also actively utilizing the social media platforms to connect with the people in a better manner and foster effective communication. All the ministers in the Central cabinet handle active social media accounts and solve the problems of the general public through them. Lok Sabha is said to be the mirror of the nation. Keeping this in mind, PM Narendra Modi has even made it effortless people to let the government know about their issues and opinions through the Narendra Modi app. However, despite much efforts, India’s state as compared to rest of the countries is still dismal. India is currently at the 107th position. Thus, there is much more to do, and Modi government needs to come up with more innovative ideas to boost the productivity in this sphere.

DigiLocker which enables people to share their documents safely through the electronic media has become very popular owing to the vast scale promotions by the government. As of 2017, there are over 72.66 lakh registered users of this facility

Mr. Modi has also been on the forefront of encouraging cashless transactions. The digital payments are safe and secure and moreover free from hassle. Bharat Interface for Money App(BHIM) was launched in 2016 and has already gained much popularity in this sphere with cashless transactions growing by a whopping 20 times since its launch. Moreover, to free the payer from the shackles of his smartphone at all times, BHIM Aadhar was also launched for digital payments at merchant outlets. This concept was comparatively new for a developing country like India. To enhance the blanket coverage of this initiative and to boost the use of the app, the Government of India also conducted digital payment awareness campaigns. There was active participation of people in this regard. As many as 2.04 crore individuals registered for the nation-wide campaigns.

Owing to the vast developments that were taking place in the country, there was a growing need to educate people digitally so that they do not fall behind. Rural areas, in particular, felt the urging need. The Pradhan Mantri Gramin Saksharta Abhiyan was an ambitious project under the umbrella of Government of India which aimed at educating six crore people. As of 2015, 82.7 lakh people were able to benefit from this plan. The number of digital aware citizens is directly proportional to the need for more advanced e-governance platforms for the enlightened citizens of the country to share their views and opinions. With the view to bridge this gap between demand and supply, “Umang” app was launched to encourage mobile governance.

In line with the very first objective of this campaign, i.e. providing free and high-speed wifi to every citizen of the country, free public wi-fi hotspots were installed in several places.

Digitalization also gives rise to specific concerns regarding the safety of the individuals benefitting from this. Looking at the global scenario, issues revolving around securing the privacy of the individuals and shielding them against harassment and exploitation of any kind should be the priority. To look after these concerns and rest the anxiousness of the citizens of the country, National Cyber Coordination Centre has been operational since 2017. It is the backbone of Digital India and has been working incessantly towards ensuring the protection of the ethical aspect of the campaign.

The picture appears rosy till now. However, the success of democracy in a country can be judged by the success of the election system. For successful elections, people need to be well aware of the options available to them and the downfalls of re-electing the party in power. Such an understanding can be developed only by going beyond the ambitious manifestos and promises of the government and analyzing the situation at ground level.

Talking about Digital India, though efforts have been made and the nation has progressed, there is still a long way to go to match up to global standards. The increased digital transactions can also be due to the policy of demonetization. Moreover, there is still a vast digital gap that the government needs to abridge by the earliest. Furthermore, the people of a country tend to keep in sync with the global trends at large.

How to check Indian driving licence number or status online

Are you worried about your driving license status or just want to know the information/details related to any Driving license number such as name...
Read more
news

Recently with the inauguration of the Noida Metro project, it becomes the first Indian metro that has implemented Aurionpro's Automated Fare Collection (AFC) system based...
Read more
news

Since COVID-19 workers and company partners are compelled to...
Read more
Technology

All of us know that technology has brought a...
Read more
Technology

When it comes to portable computers both laptops and...
Read more
Technology

Why you shouldn’t root your Android handset in 2020?

Everybody wants to get the most out of their...
Read more