Technology has made its way into the lives of human beings in the form of great wonder. In fact, one of the biggest inventions that human beings have ever witnessed is surely the technological advancement that has come in the form of wireless modes of communication. During the initial days of Civilization, communication was conducted through letters and the entire process was manual. With time telephonic methods of communication came into the scenario and finally the revolution in the field of Technology was brought by the use of wireless methods. This was in fact possible owing to an up-gradation of electromagnetism.

If we dig into the history of technologies we will get to know that the internet is quite a new technology that is still on the platform of improvement. Luckily in a span of just 20 years the internet has worked its wonders and has transformed from a rather miniature version of the web to a globally surrounding network. The concept of the internet or the World Wide Web (as it is formally called) started with the ARPANET or the Advanced Research Projects Agency in 1967.

This system of the net could only link four university computers. With time internet service providers increased and so did its intricacy. Nowadays a touch of the fingertips can enable us to access the internet and get an idea of what exactly is going on throughout the entire world. 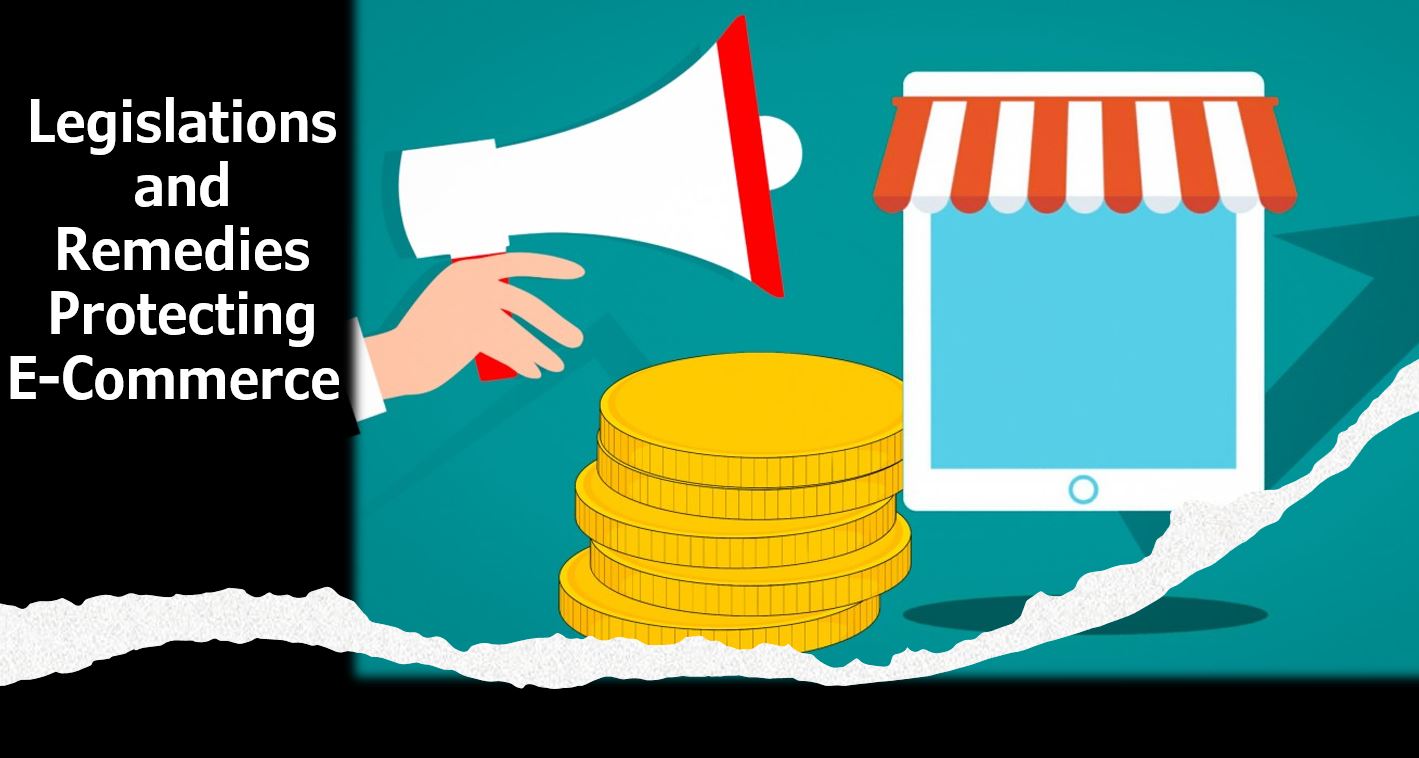 Amidst the pandemic, people are restricted to their houses. From binge-watching movies to ordering exquisite platters, the internet is being used in various ways. From conducting educational meetings to social gatherings, official meetings, family gatherings, and the like there is an increasing demand for internet service in every household. In fact, it has been found out via several surveys that the traditional social media sites are now becoming obscure and there is a high demand for newer technologies that will help in conducting house parties, playing games together, and whatnot.

Apps like Zoom and Google classroom have been found out to be having the highest demand among all the apps. Not only for the number of members who can join but also because of the multifarious facilities of enhancing greater interactions among members it has the maximum number of users. In addition, they are comparatively cost-effective as well.

CNBC has conducted a survey and has found out that there has been traffic in the internet usage system and a 50% increase in users has been observed. Recently a hike has been observed among the users of online trading and shopping sites. Purchasing products online was already a trending trait among people around the globe. With the pandemic, people have become more prone to online shopping.

To understand the statistics of the increase of online shopping in 2020 a survey was conducted by the New York Times as well as Forbes. It was found out that more than 2 trillion dollars versus old by organizations such as Amazon and Alibaba. Not only the exotic products but also the groceries have been purchased largely Vaya online shopping sites and the grocery sale has doubled just in a span of seven months. According to a survey was conducted in March 2020 it has been found out that more than 42 % of the US population for changing their groceries online once every week. More than 45% of Indians have purchased their groceries online from Amazon.

The highest online purchase rate is of products such as hand sanitizer gloves and masks full stop the sale of these products increased by 800 people in a span of 2 weeks followed by medicines related to flu cold and pain that increased by 200 percent. Amazon India has witnessed a 50% increase in its new sellers and Flipkart has witnessed a 90% increase. In fact, the online shopping sites are witnessing a sharp recovery and they are also hiring at a much greater pace full stop for instance Big Basket has already hired around 12000 staff to meet the rising demand while Amazon has announced that it has increased 50,000 of its position in the delivery network in order to suffice the increasing demand of the daily customers. Another survey has provided that a total of 3 million shipments are being sent daily the equity shares of these online companies have increased was clearly and few of the companies also recorded a 90% increase.

It is a rather well-known theory that when a particular service provider is being used multiple times it sometimes leads to disadvantageous situations or fraudulent activities. Similarly, online shopping sites as well provide their users with numerous facilities and products- both indigenous as well as foreign goods. It is also beneficial for elderly people especially in times of pandemic because they are not required to go outside and shop rather they are offered a variety of options and facilities by modes of online shopping may it be groceries, medicines, textiles, and the like. But at the same time, the number of fraud which has been recorded and informed against the online shopping sites surfaces the number of test cases occurring every year.

India has special legislation framed to protect its customers from consumer-related frauds and cheating. This is termed as the Consumer protection act. It was originally passed in 1986 and has been amended numerous times. As of recently, it has been amended in 2019 and several important provisions have been inculcated thereafter. A special feature of this act is that the provisions in relation to e-commerce have also been introducing in order to protect customers in this globalized and technically upgraded world.

It may often arise in the minds of consumers as to when and under what circumstances can they file a consumer-related complaint before the Court of law. Section 2(1) (r) of the CPA, 1986 enumerate the concept of unfair trade practices. Numerous cases have been decided by various courts in order to include what exactly constitutes unfair trade practices. Generally, UTP forms the basis upon which complaints can be filed before the court of law.

The CPA, 1986 was the first act to deal only with the protection of consumers. It also protected the sellers in case of fraudulent complaints. Since the concept of UTP and consumers are defined under this act, any aggrieved consumer if has suffered a loss pertaining to the product that has been bought can file a complaint before the consumer courts. Categorization has been made with regards to where the consumer can file a complaint based on the value of compensation which has been demanded by the aggrieved consumer. Complaints can be filed before the District Forum or State Commission or National Commission.

In case of an appeal, the same hierarchy can be followed and in case of an appeal from the National Commission, the same will lie before the Supreme Court. Generally, legal counsel is required for the purpose of filing a suit in the form of a special complaint mentioning the details of the reason behind the complaint. One can also consult a Consumer Grievance Redressal Forum which helps consumers in filing and formulating petition at nominal charges. The Consumer Rights Protection Council is one such non-governmental organization that helps aggrieved consumers to file cases without the help of legal counsels.

One of the most common forms of offenses are committed with respect to online trading is the hacking of a particular account or data theft for offenses related to financial frauds. All these categories of crimes are covered under section 46 IT Act. An application can be filed under sections 43 44 and 45 of the IT Act and this application is to be presented before the adjudicating officer. This remedy is mainly available for victims of financial fraud. Data privacy violation is an extremely common cybercrime, and for the protection of the same cybersecurity is provided by the IT Department of every site.

For instance, a particular online trading forum has more than a hundred accounts and this account belongs to one customer eat. The accounts not only contain the details about the transactions that have taken place by a particular customer but at the same time may also contain the links of banks and credit points that have been utilized by the customer during the time of shopping. These details are protected by introducing the concerned sections under the IT act.

The CP Act was introduced in 1986 when the online mode of transaction and trade was not much in practice. The system of online trading and shopping has become much more prominent in the 21st century.  Especially in the post corona period, it is next to impossible to conduct livelihood without online forums.

When it comes to E-Commerce there are several factors involved and for this reason, new legislations are introduced in order to provide required remedies in case of fraud, cheating, and misrepresentation in online modes. The IT Act 2000 was the first law on e-commerce in India and it gave effect to the UNCITRAL model on Electronic Commerce 1996. The IT act gave legal recognition and validity to the form of e-commerce and e-transaction. While dealing with the legality of online trade and transaction, both the CPA rules as well as the IT act has to be dealt with. With the new modes of e-commerce, complaints can now be filed in online modes as well.

Generally, a grievance officer is appointed under this act who is required to make the primary redressal of the complaints. The contact details of the concerned grievance officer are published on the portal itself. Generally, this concerned officer is to be contacted or a mail is to be sent to the official mail-id.  The complaints must be addressed within 48 hours of its filing and remedies must be provided within a month of the same.

The provisions including punishments and penalties for fraud in e-commerce are not exhaustive in nature. Each and every day new rules, regulations, and laws are being enacted. The system of trading is inevitable and so is e-trading. Every individual is a buyer if not a seller. In order to control this mass population, laws are required to be affixed so as to prevent corruptive practices from creeping into the system. But for the purpose of the correct implementation of the laws, it is the duty of every customer and seller to be aware of the legislation along with correct execution of the same by judicial and quasi-judicial bodies. Only then can a transparent system devoid of any lacunae be established in the trading sector.

How to automatic login Windows 10 without entering password after boot

How to change the default Google Chrome browser download location for Android?