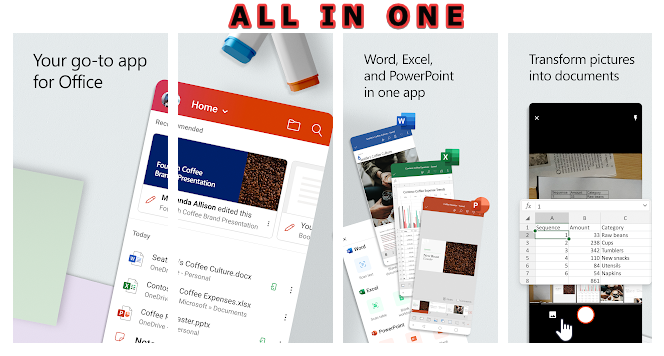 The only problem with the app at present is, the app is only available in portrait mode, and it is not currently optimized for tablets. With the Microsoft Office app, you can access and edit all your office documents on your handset and OneDrive right within the app. Optionally, you can also edit a single document, spreadsheet or presentation at the same time with your colleagues or other users with an Office 365 subscription. Even with the availability of the one-stop Microsoft Office app on Android, the individual Office apps, namely the Microsoft Word, Excel and PowerPoint apps still remain on the Google Play Store. Those apps will likely remain on the Store unless all the features of the individual are not inherited to the Microsoft Office app.

It is far better to have one single Office app, as it not only saves space on handsets with limited storage, it also makes things more convenient to deal with, for the end-users. While Microsoft brought all the individual functionalities under one single app, Google did just the opposite a couple of years ago, and before that, it was possible to open and edit the Google Drive files within one single app. Google has individual apps for every single service like Google Docs, Google Sheets, Google Slides, Google Keep Notes and more. Google Drive is the service of choice for most users who want to edit and save files directly on the go, and I just wish, Google too, follow Microsoft’s footsteps, to at least bring Docs, Sheets, and Slides in one apo. It is yet to see, what Google actually does.

So, that was a small news update, and if you want all the useful services under one app, and you don’t have any problems using OneDrive, just give the all-in-one Microsoft Office app, a try. Do you have anything to say? Feel free to comment on the same below.

How To Use MS Office for Free using web browser