The news has been aired all the way among the mobile game lovers that the PC title from Electronics Arts “Apex Legends” is coming to Mobile now. The game will be supported in both the Android and iOS mobile platforms. At PC platform the game is having its 4th season going on right now and the updates and rumours are stating that the Mobile version would be released by the end of this season or with the start of the next season.

For those who do not know, Apex Legends is also a Battle Royale game like PUBG, but it features different gameplay aesthetics and a 60-player match. Apex Legends consists of three-game mode i.e. Solo, Duos and 3-man squad. 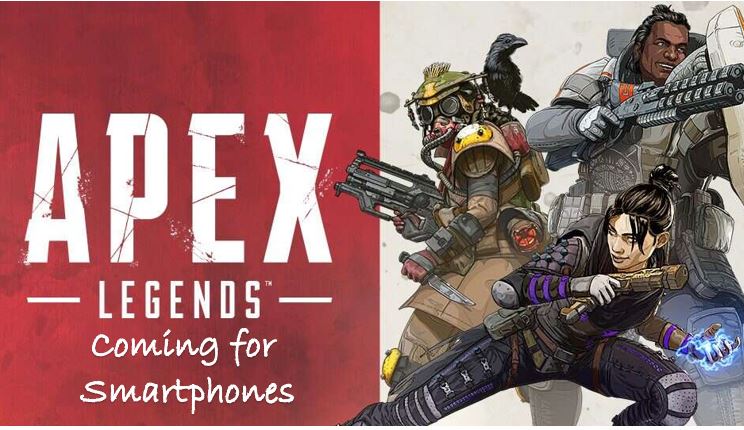 Contents show
Why Apex is coming to Mobile platform?
Main Competitors
The News looming around
Other Updates about Apex Legends Mobile
Why EA is working with Tencent?

Why Apex is coming to Mobile platform?

If you are aware of the gaming trend since 2018, mobile games have become a mainstream gaming platform in various regions around the world. Many of the AAA publishers are pushing their titles from PC towards the Mobile platform so that they can grab a larger market. Therefore, while in case of EA was quite step backwards in this lineup, it is no surprise why they, at last, took a stand to explore the mobile gaming market in full scale.

It will join a heated contest with PUBG Mobile and Fortnite, who are already established on the platform. Though PUBG Mobile is available for all the Android and iOS devices, Fortnite is not like that, as Fortnite is available in all iOS and some selected Android devices. So, the main competition is going to be PUBG Mobile. One more thing is you can not play Fortnite Mobile in pc via using an Emulator, but PUBG Mobile Emulator market is so huge that it is even bigger than the PUBG PC market, and the Apex Legends Mobile is going to be emulator supported, so yes again the main competition here is the PUBG Mobile.

The News looming around

According to EA’s official news, they confirmed the existence of the game so it is no fake nuisance at all about Apex Legends Mobile. The time of the release has not been confirmed yet, but EA said that Apex Legends Mobile would be coming up with the upcoming seasons of Apex Legends PC at 2020. So, we can expect the release to take place with the end of Season 4 or start with the Season 5. There is one more thing to wait for, and that is E3 conference, where EA may announce the exact date of the product launch with some gameplay video showcasing. However, there are a lot more speculations are going around, and according to some of them, the game release could happen even before the E3 2020 date, which is going to take place from 9th June 2020 to 11th June 2020.

Other Updates about Apex Legends Mobile

Why EA is working with Tencent?