It has been less than five years since OnePlus inception and has created a very good reputation and place in between the eons old brands. It is all because of the quality of the product and mouth to mouth publicity strategy of the OnePlus. In India, which one of the important market in the world in terms of smartphone selling not behind to adopt it.

As we well acquainted with the strategy of Oneplus of launching two flagship phones in a year. One with greater technology upgrades available particular in that year of launch while the second one will possess the minute upgrade then the former flagship of that year. For example, OnePlus 5 and OnePlus 5T or OnePlus 6 and recently launched OnePlus 6T. And in this article, we will talk about this latest OnePlus 6T to find out whether the existing user should upgrade or not.

As I said, One plus has already released its 6th version upgraded as Oneplus 6T, as the flagship for the second half of this year to early next year; with the addition of water-drop notch screen and under-screen fingerprint sensor. Let’s see what other changes have this model brought?

One plus 6T uses a 6.41-inch Optic AMOLED screen with an aspect ratio of 19.5:9. In addition to the default adjustment of the default color mode, sRGB and P3, this screen has also passed the anti-Blu-ray certification of the international certification body VDE.

It’s worth pondering that the size of the body has not changed as compared to One plus 6, but 6T holds a slightly larger screen then 6. From 5.5 inches to 6.41 inches now. This is possible by thining the top and bottom of the phone. Moreover, the bottom chin, which is narrower than the previous one, and the large angle at the bottom of the inner and outer arcs also make the bottom more round and round to increase the experience of holding the phone upon previous one. But the back side of the Oneplus 6T will definitely break your heart because of its extremely prone to fingerprint and stains nature due to the glass, especially in black or other dark variants.

As seen above, the top of the Oneplus 6T has a notch design which is not something unique or innovative Oppo and Vivo already have a couple of smartphones with the same design, and why not, somewhere all these three companies connected to each other. So, except for the slightly larger screen, there is nothing innovative. Yes, for Oneplus 6 users, it would not feel good, when they see their phone’s notch is bigger than this but still it is not enough compelling for them to upgrade. Let’s move further and see apart from design what else can attract the existing customer of Oneplus. Also because of the water drop notch, there is no notification LED which could be considered as a con by some people.

The right side of the OnePlus 6T still retains a unique three-stage switch added; a toggle switch can adjust the phone in three modes: ringing, mute and vibration.

The bottom is symmetrical speaker opening and a C-port charging hole. Also, you will notice this time the disappearance of the 3.5mm headphone jack. Yes, it is not anymore there because of a waterproof and dustproof upgrade. 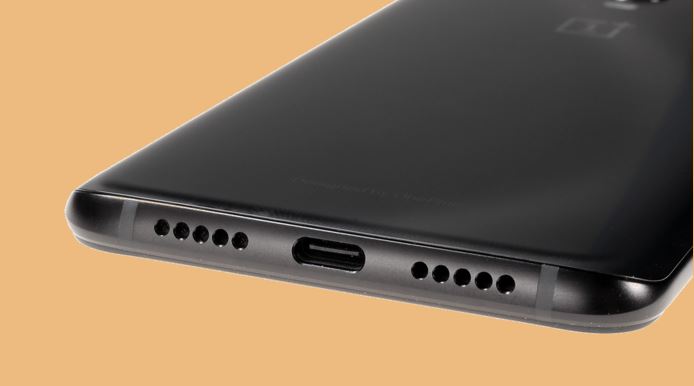 One plus 6T supports dual Nano-SIM cards, and the entire system comes standard with the global 4G+ band. It supports 38 frequency bands which means can use in more than 200 countries and regions around the world to enjoy the local 4G+ network, same like Oneplus 6. 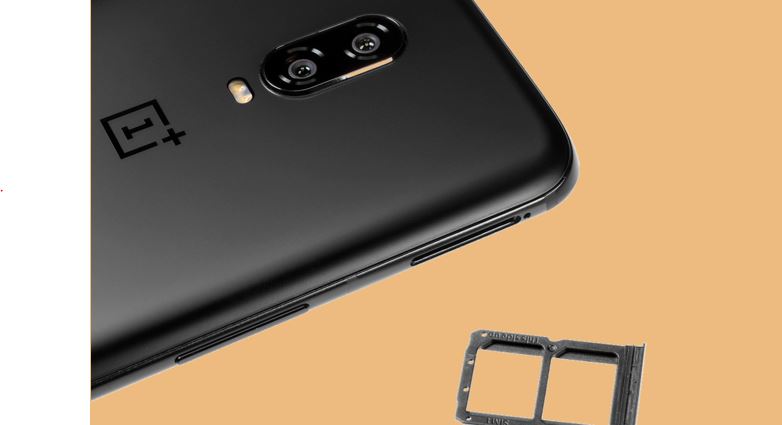 Yes, here you are getting the benefit of waterproofing and dust protection but still not convenience the user like me of Oneplus 5 to upgrade my phone to Oneplus 6T. Because I don’t swim or bath with my phone. However, if you talk about splashes my existing phone can easily bear that.

Performance has always been the highlight of the Oneplus mobile phones. The Snapdragon 8 series processor has become a label of the mobile phone. Of course, One plus 6T is no exception.

One plus 6T uses the Snapdragon 845 mobile platform that we already know. The CPU performance is 30% higher than the previous Snapdragon 835, and the power consumption is reduced by 10%.

The GPU performance is 30% higher than the previous generation, and the power consumption is reduced by 30%. But, yes but, point to noted that from last two generation of the Oneplus phone I mean OnePlus 5, 5T & 6 all use the same Snapdragon 845.

At the same time, the 6T is equipped with 128/256GB UFS2.1 dual-channel high-speed flash memory, which has large and fast storage space. Up to 8GB of LPDDR4X four-channel memory processing frequency up to 4266MHz.

In the Geekbench test which is a cross-platform CPU performance test tool that accurately reflects the single core and multi-core performance of the device CPU. The test load simulates real-life application design, and the results are more meaningful. It can also measure the computing performance of GPU graphics.

The single core score can reflect the pros and cons of the CPU architecture design and the operating frequency. Multi-core scores reflect the efficiency of multiple CPU cores working at the same time.

GeekBench focuses on the single-core and multi-core capabilities of the CPU part. At this point, adding 6T is of course no different from other models of the same 845 platform, so by processor wise no need to upgrade to Oneplus 6T. However, the previous OnePlus 6 was better in terms of the Geekbench score on average.

The biggest change in the Oneplus 6T is the display fingerprint sensor, which is till now, the fastest onscreen fingerprint sensor available in the market. The Oneplus users those have the previous generation One plus with front or rear on body fingerprint sensor will not find any difference regarding phone unlocking speed. This feature can compel few to upgrade to 6T, those just want to show off the technology advancement among their friends.

The night vision is generally in pieces, but it is moving towards restoring the real night scene. Yet, the OnePlus 6T is not invincible over its own predecessor Oneplus 6 and some other phones like Google pixel 3.

In addition, the front lens also supports EIS electronic image stabilization, and filters can be added later in the gallery, and some of them are available.

The other benefit which the user can see in the one plus 6T is the increase in the battery power, it upgraded from 3200mAh to 3700mAh with a support of dash charging with a proprietary OnePlus charger of  5V4A low-voltage and high-current flash charging. It charged the 90% of battery in one hour. In terms of the charging, the previous model and this one are same.

The battery of the Oneplus 6T could give you roughly 9 to 10 hours of video watching over 70% brightness and 50% volume.

Verdict: Whether to Upgrade or not

One plus 6T as a plus 6 upgrade of the same generation, the key changes are the larger screen ratio with the water drop notch screen, on-screen fingerprints, and 3700mAh large battery. Yes, in terms of the innovation wise you can’t see much but the OnePlus always maintains its legacy that reflects in their every device from both hardware and software.  Yes, it gives fresh experience over the OnePlus 6 (like fingerprint sensor)  but upgrading is not worth at this point in time. Yes, the fingerprint something new but wait for the next version where you get it more brushed and matured. Even, if you are not a OnePlus user and planning to buy the OnePlus 6T then wait for few months because in next model of the OnePlus you will get upgraded processor and a complete bunch of up to date experience. However, if you are in the middle of some situation where you have to buy a new phone they can buy some budget phone like Asus Zenfone Max pro and wait for the Next OnePlus flagship. Let me know what are your thoughts on this…

What is the difference between cloud storage and cloud backup?

What is Face Recognition technology?