Where are the aliens? One night more than 60 years ago, physicist Enrico Fermi looked up at the starry sky and asked, “Where are people?” He asked the aliens. Later, this problem was called “Fermi Paradox”, expounding the contradiction between the overestimation of the existence of extraterrestrial civilization and the lack of relevant evidence.

Now, scientists know that there are millions or even billions of planets in the universe that are suitable for life. Then, in the long history of mankind, why didn’t any alien life cross the interstellar space and come to the earth to say hello? Maybe just because the universe is too big, it is not easy to come over. It is also possible that aliens deliberately ignore us. It is even more likely that every growing civilization is destined to destroy itself irreparably. Or, there may be some more strange reasons for this. The following are the nine conjectures scientists have put forward to answer Fermi’s paradox. 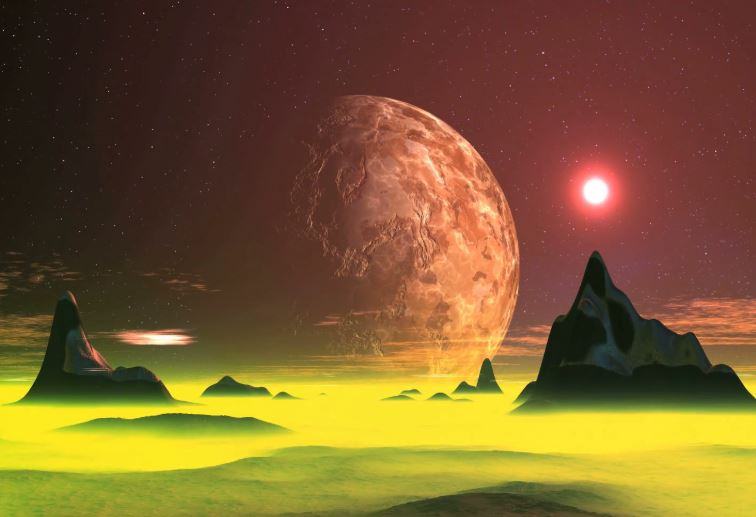 On this Page show
1. Aliens hide in the ocean under the ice
2. Aliens are trapped in “Super Earth”
3. We found the wrong place (because all aliens are robots)
4. We have found aliens (but we are not aware of it because of distractions)
5. Humans will kill all aliens (or have already killed)
6. Aliens have triggered climate change (and therefore perished)
7. Aliens have not evolved fast enough (and then died)
8. Dark energy separates us
9. Can’t think of it! We are actually aliens

1. Aliens hide in the ocean under the ice

If you want to talk to aliens, we may need some practical icebreakers. On some frozen planets, aliens may live in the mysterious ocean under the ice.

Astronomers say that in our solar system, subsurface oceans of liquid water exist on multiple moons and are likely to be common in the Milky Way. NASA physicist Alan Stern believes that these mysterious water worlds may provide the perfect place for life evolution, even if the environment on these planets is very harsh. He said: “The impact and the sun flare, the nearby supernova explosion, and the orbit, whether there is a magnetic layer, and whether there is a toxic atmosphere, all of which are irrelevant for underground life.”

It may be good for the aliens, but it also means that we can never find them through the observation of the telescope. Can you expect them to contact us? Think more… Stern said that these lives are too deep, and we can’t even expect them to know the existence of the sky and the universe.

2. Aliens are trapped in “Super Earth”

In astronomy, “super-earth” refers to a class of planets that are about 2.5 to 10 times the mass of the Earth. Studies have shown that many of these planets have suitable conditions for the presence of liquid water. This means that extraterrestrial life may also evolve over many super-globals in the universe.

Unfortunately, we may never be able to meet these aliens. According to a study in April 2018, when a planet is 10 times the mass of the Earth, its gravity will be 2.4 times that of Earth’s gravity. It is almost impossible to overcome this gravity and complete rocket launch and space travel…

“On larger planets, the cost of space flight will increase exponentially,” said researcher Michael Shipk, a researcher at the Gonnieberg Observatory in Germany. “These aliens are somehow imprisoned on his own planet.”

3. We found the wrong place (because all aliens are robots)

Humans invented radio receivers around 1900, and the first computer appeared in 1945, and today’s mass-produced handheld devices can perform billions of calculations per second. The full development of artificial intelligence may be at hand, and futurist Seth Shostak says this is enough to call us the reason for searching for intelligent aliens. Simply put, we should look for robots, not small green people.

“Any invention of the radio has enabled us to hear about their (exotic) society in the next few centuries and has certainly invented their successors,” Shostak held in San Francisco in 2016 at Dent:Space. The meeting said, “I think this is very important because the replacement is actually a machine.”

Shostak said that a truly advanced alien society may consist entirely of super-smart robots, and our search for aliens should take this into account. Instead of putting our resources on finding other niche planets, perhaps you should look for places that appeal to robots. For example, places with a lot of energy, such as the galaxy center. “We are looking for life similar to ourselves,” Shostak said. “But I don’t know if most of the intelligent life in the universe is like this.”

4. We have found aliens (but we are not aware of it because of distractions)

Thanks to pop culture, the word “alien” may give you a ghostly big bald image in your mind. This is great for Hollywood, but earlier this year, a team of Spanish psychologists pointed out that these preconceived Es. T. The image may hinder us from searching for aliens.

In a small study, the researchers asked 137 people to look at pictures of other planets and look for signs of shape in the picture. There are a few pictures that hide a little man wearing a gorilla coat. When looking for an alien image that fits their imagination, only 30% of the participants noticed the villain.

The researchers write that in real situations, aliens may not be like apes; they may not even be detected by light and sound waves. So what can this study tell us? Basically, our own imagination and attention limit our search for aliens. If we don’t learn to expand the reference frame, we may miss the extraterrestrial wisdom life in front of us.

5. Humans will kill all aliens (or have already killed)

The closer we are to finding aliens, the closer they are to being destroyed by us. Theoretical physicist Alexander Berezin said that this is very likely to happen.

His idea is this: Any civilization that can be explored outside the parent galaxies must be on the path of unrestricted growth and expansion. As we know on Earth, this expansion often comes at the expense of smaller creatures that are on the road. Berezin said that when we finally encounter alien life (assuming we really noticed it), this “take me first” way of thinking is likely to be popular.

“If the first lives of StarCraft are necessary to clear all competitors for their own expansion, what should we do?” Berezin wrote in an article published on the pre-printed website arXiv.org in March this year. “I am not saying that highly developed civilizations will consciously eliminate other forms of life. The most likely scenario is that they will not notice at all, just as construction workers destroy anthills while building houses, they lack the motivation to protect them. “Of course, in this case, whether humans are bulldozers or anthills remains to be seen.

When the population consumes more resources than the planet can provide, the disaster is not far off. We can clearly understand this from the climate change crisis that is taking place on Earth. So, is it possible that an advanced, over-consumption alien society will encounter the same problem?

According to astrophysicist Adam Frank, this is not only possible but highly likely. Earlier this year, Frank ran a series of mathematical models that simulate how an imaginary alien civilization rises and declines as planet resources become energy. The bad news is that in four scenarios, three have experienced social breakdowns and most of the population has died. Only when the alien society encounters problems early and then quickly shifts to sustainable energy can it be finally saved. This means that if aliens exist, they are very likely to self-destruct the planet before meeting us.

“In the space and time, there will be winners and losers. The former can try to see what is happening and find a solution. The latter can’t unite and their civilization will fall on the roadside,” Frank. Say, “The question is, what kind of class do we want to be?”

7. Aliens have not evolved fast enough (and then died)

This reason is in the category of “aliens are already dead.” The universe may be filled with habitable planets, but this does not guarantee that they exist for enough time to allow life to evolve. According to a paper published by the Australian National University in 2016, wet rock planets like Earth are very unstable in the early stages of formation; if any alien life wants to evolve on such a planet, they have only a very limited window period ( About a few hundred million years to develop).

“In the early stages of the heat pulse, freezing, volatile material changes and (greenhouse gas) escaping, maintaining life on a wet rock planet in a habitable zone may be like trying to ride on a buffalo’s back – most life will fail,” the study author wrote. “The reason why life may be rare in the universe is not that it is difficult to get started, but because it is difficult to maintain a viable environment in the first billion years.”

The universe is expanding. The speed is slow but there is no doubt that the galaxies are moving away from each other, and the distant stars will be more and dimmer in our view. It all comes down to the pulling of a mysterious intangible material that scientists call dark energy. Scientists speculate that in the next few trillions of years, dark energy will spread the universe to the extent that the Earth cannot see the glare of other galaxies other than the nearest galaxies. This is a terrible concept: if we can’t explore the universe as much as possible before, then there may never be a chance to do such an investigation.

Dan Hooper, an astrophysicist at the Fermi National Accelerator Laboratory in the United States, wrote in a paper published earlier this year: “Stars will not only become unobservable but will be completely inaccessible.” “This means that we have strict deadlines for finding and meeting any alien species.” In order to keep up with the dark energy, we must expand our civilization as much as possible before other galaxies are far away from us.

9. Can’t think of it! We are actually aliens

Going out of the house, you will see a lot of aliens. Delivery courier? Alien; next door neighbor? Noisy aliens; your parents and brothers and sisters? Aliens are aliens.

This statement stems from an astrobiology hypothesis, the genus theory, also known as the “the sowing of the universe.” In short, this hypothesis holds that most of the life we see on Earth today is not from the Earth, but the result of “seeding” just like the planet’s life with other planets from asteroids hundreds of millions of years ago…

Supporters of the hypothesis have come up from different angles, with octopus, slow-moving animals and humans being developed from “seeds” from other parts of the galaxy. Regrettably, there is no evidence to support these claims. An important rebuttal is that if living organisms carrying human DNA evolve on other nearby planets, why can’t we find human traces anywhere outside the Earth? Even if this hypothesis proves to be reasonable, it still does not help us to answer Fermi’s question: Where are the aliens?

How to capture long exposure shots on all smartphones?

Japanese Space Elevator could take tourists to space by 2050

9 Hypothesis, Why Aliens haven’t found yet by humans?