As CentOS is not the option available to use on Windows Subsystem for Linux using the official Microsoft Store, hence here is the alternative. We can install Oracle Linux on WSL 1 or 2 on either Windows 11 or 10 using the tutorial given here.

Oracle Linux is one-to-one RedHat binary compatible, available to download, use and install free of cost. However, if you don’t need a VirtualBox or dedicated virtual machine to experience; it is available to use as Windows Subsystem for Linux. Oracle Linux combines the fundamental building blocks of modern IT infrastructure: operating system, containers, and virtualization into one integrated offering. Oracle Linux provides the reliability, scalability, security, and performance to run demanding SaaS, PaaS, and traditional enterprise workloads.

Version 7 Update 9 of the Oracle Linux enterprise operating system, which was released in March 2021, is now available to all users of Windows 11 and Windows 10 via the Microsoft Store as a free download for the Windows subsystem for Linux (WSL). It is primarily the Linux software developers who benefit from this.

However, meanwhile, Microsoft has also made Oracle Linux available in the current version 8.5 for the Windows Subsystem for Linux in the Microsoft Store. But while doing this article, version 8 was currently not available to install.

For those who yet don’t know about the WSL- Windows subsystem for Linux, it is a Linux implementation by Microsoft to run Linux distro apps. It is available in two versions WSL 1 and WSL 2, the latter version needs a Virtual machine because it also supports the graphical applications of Linux.

The first thing which we need to have is the WSL, for that enable it, if not already. Go to the Search box and type – Turn  Windows features on or off. As the option appears for it, click to open the same.

On the opened window, scroll down and select the box given for the Windows subsystem for Linux. And then click the OK button. After that restart your system to apply the changes. 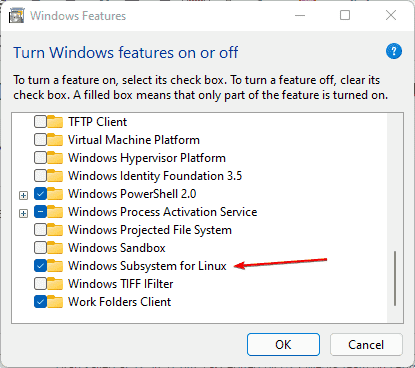 The next thing we need is the Oracle Linux WSL distro app, for that open Microsoft Store on Windows 10 or 11 and in the search box type – Oracle Linux. Alternatively, you can use these links- Oracle Linux 7.9 WSL or Oracle Linux 8 WSL. 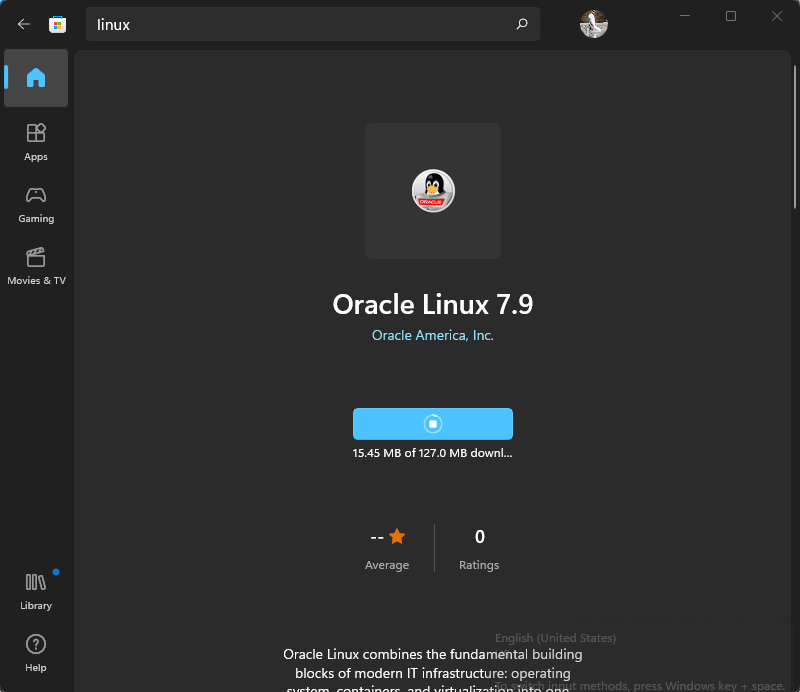 Once the downloading is completed, go to the search box of your Window and search for Oracle Linux. As its icon appears, click to run the same. 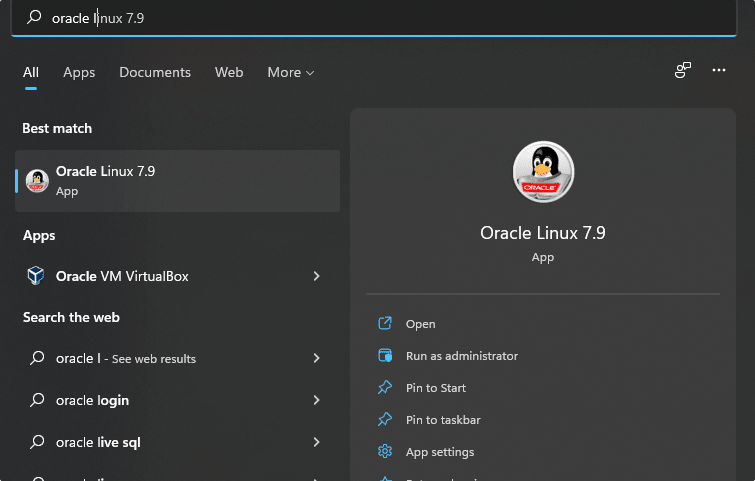 As we run the application, it will start extracting and installing the files required to run Oracle Linux on Windows 10 or 11 WSL. Once done, the same setup will ask you to set a username and password to create a new user account with sudo rights on your newly installed Linux distro.

Well, the first thing we should start with is to make sure the system base is up to date. And that we can easily do using the in-built package manager.

In the future, due to some reason, you are required to either Reset, Repair, or completely remove the Oracle Linux WSL app, then we can do that as well. Again in the search box type – Oracle Linux and select the “App Settings” option. 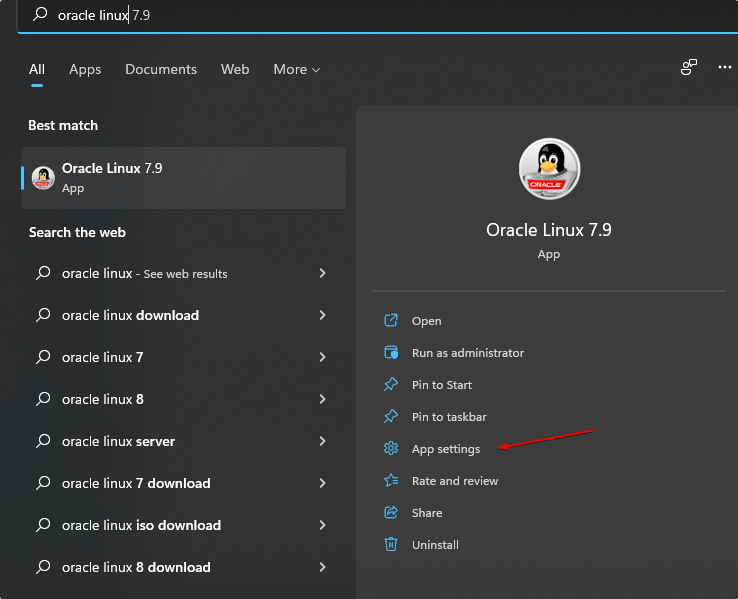 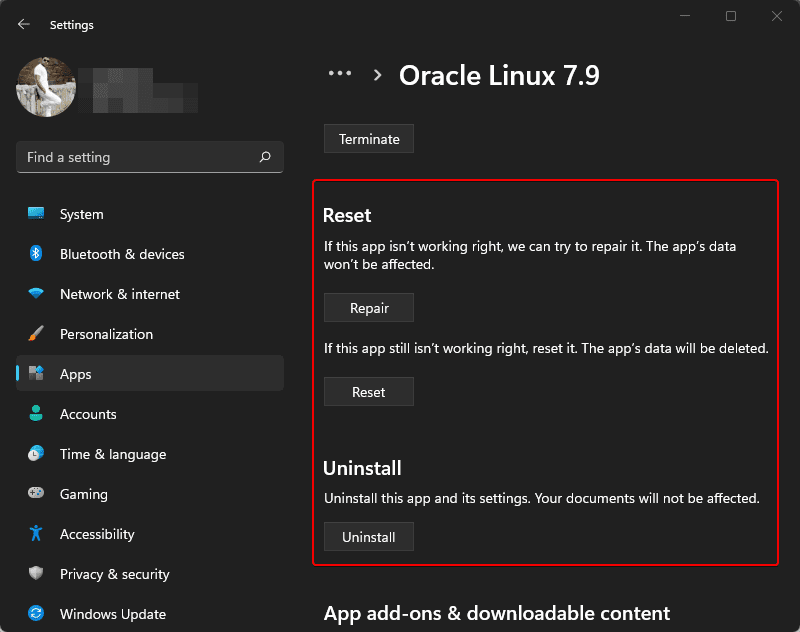 • How to download Oracle Linux to install on VirtualBox
• What is Oracle Linux? And where to Download it
• Install Ubuntu 20.04 WSL on Windows 11

An Interaction with Mr. Ashok Pandey, Founder & CEO at Innovsol