With word on the runway from British Airways’ cabin crew that there had been a rise in the number of independent female passengers, the airline has released the Global Solo Travel Study into the who, what and why of the trend across the world, and to understand which locations are the most tempting for true escapism.

The BA Global Solo Travel Study of almost 9,000 18-64-year olds across the UK, US, France, India, Germany, Italy, Brazil and China found that over 50 percent of women have taken a holiday by themselves, with 75 percent of women planning a solo trip in the next few years.

Almost 47 percent of Indian women said that they have traveled alone, for at least 2 – 5 times and 30 percent of Indian travelers intend to travel in the next 2-3 months. A maximum number of solo travelers in India are between the age of 18 – 25. According to the survey, Indian travelers hopped/skipped continents the most with 37 percent have traveled solo to Europe and 33 percent exploring the UAE and the Middle East. 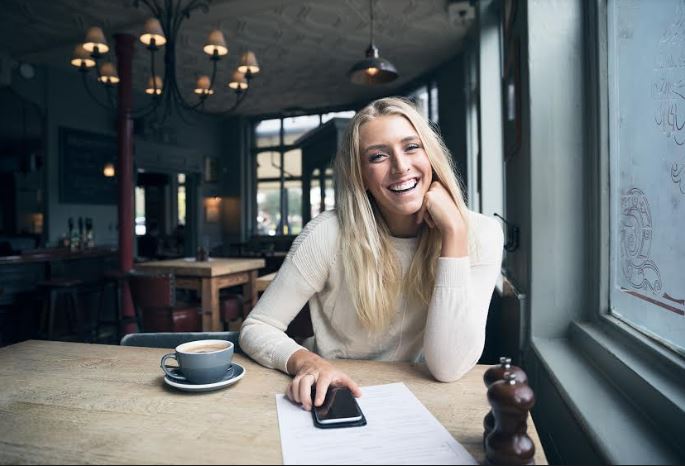 The British Airways Solo Travel Study also unpacked the reasons why passengers were choosing to head out alone. More than half of our global respondents (55 percent) choose to travel alone due to the feeling of freedom and independence, being able to choose your destination, what you eat and what you do. Holidaymakers from India are the most open, with over 50 percent also prioritizing meeting new people and having unique experiences.

Travel blogger and organize of solo travel trips for single female traveler Zanna Van Dijk comments “It is undoubtedly that modern travel has changed. What women are looking for with time to themselves is to explore, discover and uncover. We are no longer bound by traditional family holiday concepts or stigma around heading out alone. I organize trips for solo travelers who are looking to push themselves. Meet like-minded individuals that they wouldn’t otherwise. I love nothing more than heading to Kenya, Thailand, and Bali where travel is easy and yet there is still so much to be explored.”

The most adventurous? Italy 63 percent of women 18-65 have explored another country alone, followed by Germany at 60 percent. The least inclined to venture overseas with only 16 percent, were women from the US. However, this looks to change with 62 percent currently planning their getaway in the next few years.

Most chose to head into the sunset alone for new experiences do so for one week, with over 50 percent globally choosing a short haul trip overseas. However over 30.5million women in surveyed markets have headed off on long trips of over 6 months, equipped with nothing but a rucksack and an open mind. German travelers go solo the most often, with one in 5 have treated themselves to a solo trip over 10 times. The nation most willing to travel long distance is China, with almost 50 percent flying over 11 hours for their last international experience.

In the spirit of the short haul pick-me-up, 67 percent of solo travelers globally choose to explore the wonders of their own continent.

Over 51 percent of the travelers in both the US and China had also toured Europe ‘toute seule’. Those looking to part from the crowd for an original solo holiday can fly on British Airways routes to Dubai, as other than Indian voyagers, the UAE and the Middle East is the path least explored for solo journeys, with under 10 percent having visited.

British Airways’ Managing Director for BA Holidays, said: “At British Airways our 16,000 incredible cabin crew operate more than 800 flights a day to over 200 destinations. They are travel experts, they often spot new trends and most importantly they understand the needs of our customers. What kept coming back to us through the research we’ve done and anecdotally from our crew was the rise in so many adventurous female passengers choosing to experience long and short haul destinations on their own terms” said Claire Bentley, Managing Director of British Airways Holidays. “With our extensive global route network, and with new destinations launching all the time, we hope that together with the information and tips included in our BA Global Solo Travel Study we can enable and inspire adventurous solo travelers to continue exploring without limit.”

Maybe Interesting to you:

How to check Indian driving licence number or status online

Are you worried about your driving license status or just want to know the information/details related to any Driving license number such as name...
Read more
apps

Moving to a new city when work decides to take a leap is when the real task of ‘moving in’ begins. There are certain...
Read more
science

In his book "Brief Answers to the Big Questions," Stephen Hawking said: "If someone applies for a research fund to study time travel, such...
Read more

Rajkumar Mauryahttps://www.how2shout.com
He’s always been passionate about technology and writing on the subject since 2014. He has a keen interest in all kinds of technologies, from consumer-tech to enterprise solutions. You can contact the author at-- raj@how2shout.com

Soon, Linux GUI apps will be supported by WSL officially

Remove China Apps: Why this app is in trend and what it does?

Soon, Linux GUI apps will be supported by WSL officially

Remove China Apps: Why this app is in trend and what it does?

In the latest press release by Asus, the company...
Read more
news

It is again the time Windows 10 is here...
Read more