It has been a very long time people are looking for a way to run Vmware Workstation and Hyper-V together on the same Windows 10 machine. However, it was not possible earlier these two to run at once on a single machine, we have to turn off Hyper-v, first to get the Workstation of Vmware working. But now it is, now we can run WSL2 (Windows subsystem for Linux) or Hyper-V along with VMWare workstation Pro 20H1.

Now, what is the reason, why we couldn’t run earlier them together? It is because the HyperV is a Type- 1 hypervisor while VMware Workstation is Type 2 which runs on the OS, here Windows 10, whereas Hyper-V itself an OS, thus it converts and uses whole Windows 10 host as a Virtual Machine. In this way, whatever, VM we are running on this type -1 hypervisors access the hardware via VMBus partition. The VMBus is a logical channel which enables inter-partition communication. To know more about it see Wikipedia page on it. However, in VMware workstation case, it installed on Windows 10 host as a software application and uses the host OS to communicate and access the hardware. Nevertheless, being a Virtualization veteran company, it also offers VMware ESXi as a Type-1 alternative to Hyper-V.

But the question remains the same, why we couldn’t use Type-1 and Type-2 VM platform together. It is because once we enable the Hyper-V, the Intel VT-X instruction that let it uses to create virtualization environment is no longer accessible from your type-2 virtual machine, only the host which in this case is Microsoft Hypervisor has the right, thus in result, platforms like VirtualBox, VMware Player & workstation couldn’t access the host VT capabilities as Windows 10 itself runs as a VM.

However, this is not the case with QEMU, it can run alongside Type-1 hypervisor because it uses virtualization but emulation like various available Android emulators that is a completely different process; this is why running operating system virtually on Qemu is slow and extremely painful on Windows.

In the process of virtualization, the VMs are running in an isolated environment using CPU instructions, thus, the virtual machine and the host instructions must be compatible.

Now, coming to the current scenario, where the VMWare has recently announced a new update of their Workstation product that is VMware Workstation 20H1 Tech Preview for Windows 10 May update. Yes, using this we can run it alongside Hyper-V on Windows 10 but the condition is your system should be running on at least on minimum build number: 19041 or Windows 10 2004 (20H1) update, the Microsoft has started publishing this around the world for everyone from May 10 2020. Thus, try to update your system: Go to  Windows 10 search box, type update-> Select “Check for Updates“. If you have not and the most probably, it would be there. 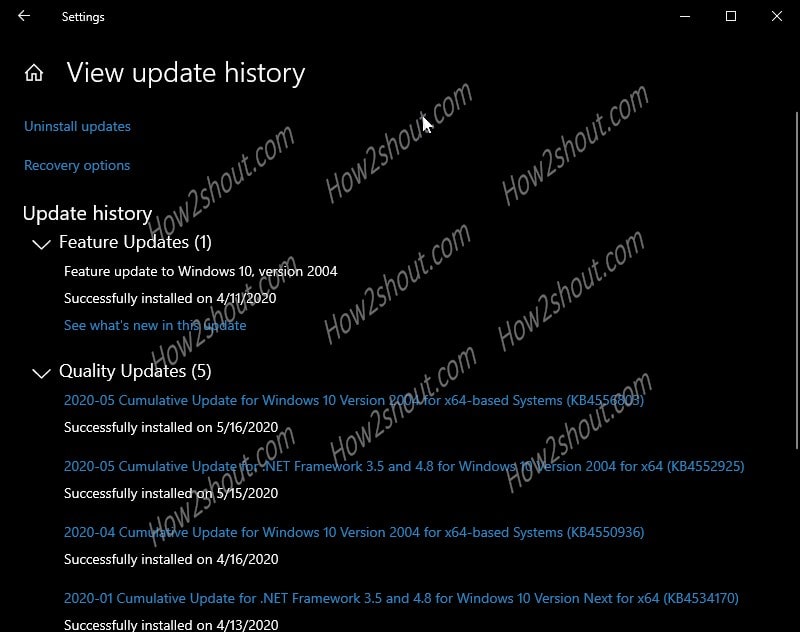 So, after a long work of development with Microsoft, the technical preview of the Workstation 2020 has been available to download, however, still, it is in Beta stage and soon will be available globally for everyone.

At VMworld 2019 event, both the company’s representatives shown a joint demo of this product, that how the users can run virtual machines on Windows 10 when Hyper-V or host Virtualization Based Security is turned on. At the same time, we can also run Device Guard and Credential Guard services of Windows.

The process of installation.

Now, open both the virtualization platforms and start creating Virtual Machines together, simple isn’t it. However, there will be some performance degradation intimated by Workstation while running the Virtual machines after enabling the Hyper-V, because at that point it uses the API of the Microsoft Hypervisor… 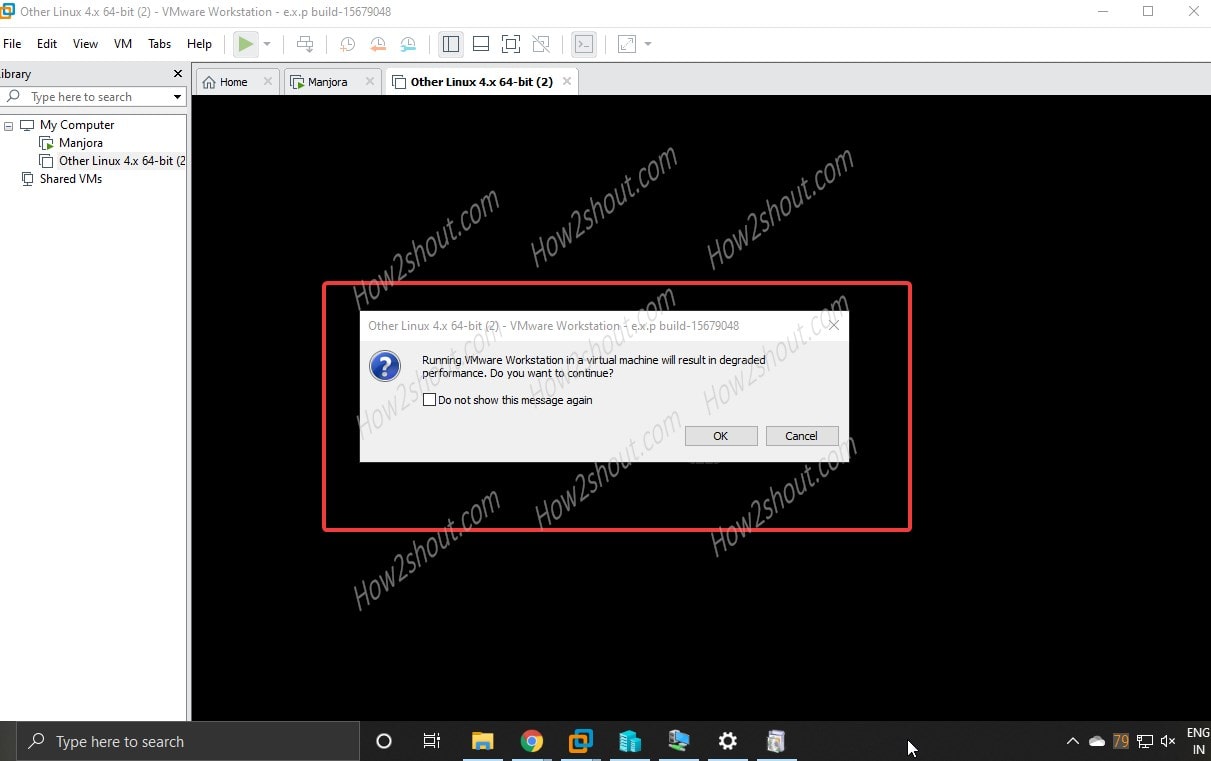 I am saying this because while personally testing both platforms simultaneously on a single Windows 10 machine, before enabling the Hyper-V the Workstation was booting VMs faster but later not. Moreover,in-comparison, the Hyper-V didn’t lose the performance and was booting machines faster. This shows the clear toll on the workstation if run parallel with the Microsoft Typ-1 platform. 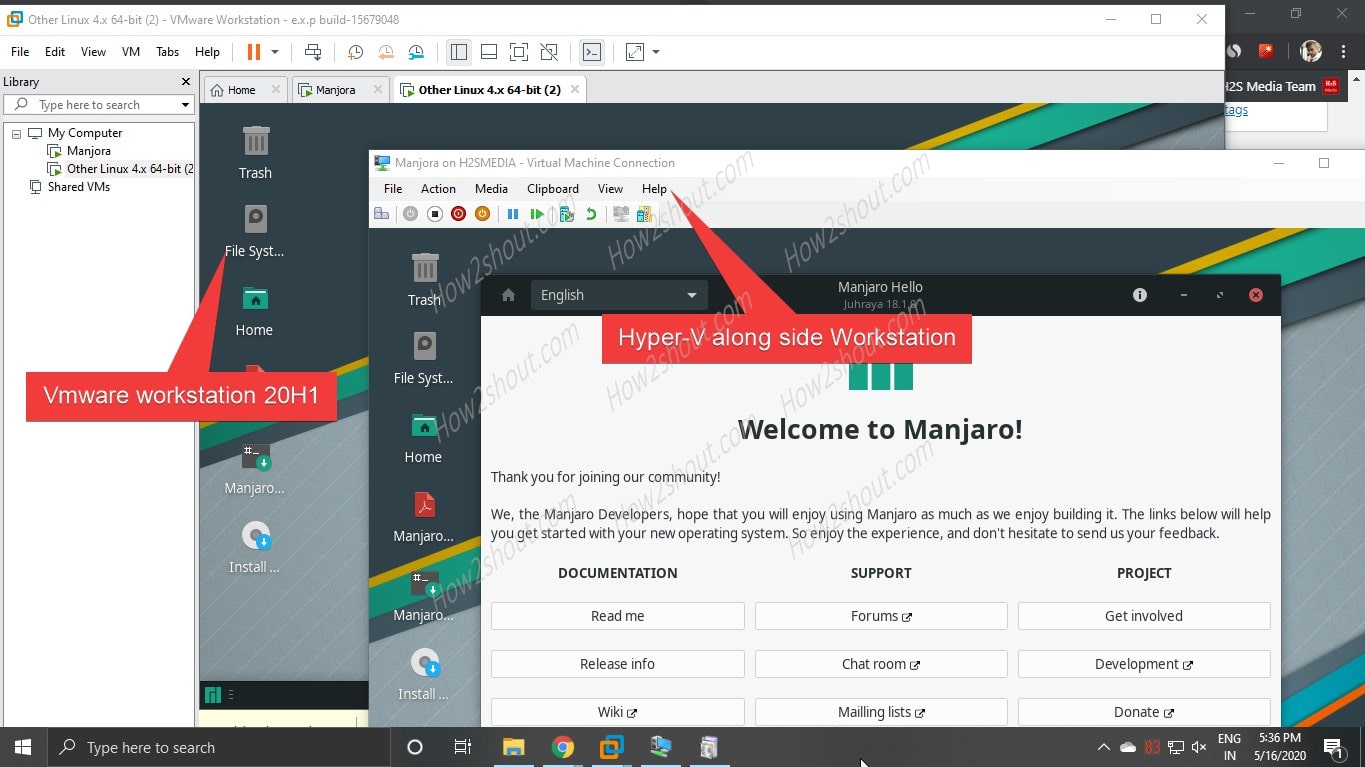 The VM might crashes with BSOD when Windows 10 host wakes up after sleep for several hours.

So, this was a quick piece of information where we tired to covered about Technical preview of 20H1 Workstation. If you are already using it then let’s know what problems you are facing while testing it.
<!-bottomad–>
Other Articles:

How to download and install GTA V for free on your PC, only for a limited time