The YouTube Gaming app version v2.03  now allows controlling the playback speed of playing videos.  For those don’t know the YouTube gaming app, let me tell that as the name suggests it is a YouTube app but for gaming videos. The YouTube Gaming app has given a platform to the gamers where they can connect to each other by uploading and watching the gaming videos and live streams with chat— including let’s plays, reviews, speedruns, trailers, and more.

YouTube gaming can be helpful if you have stuck somewhere in the middle or not able to understand the gaming pattern or strategy to complete the mission. Depending on the game you might want to slow the recorded gameplay to understand the strategy or fast forward if you are familiar with some gaming stage and want to skip it. The new YouTube Gaming app feature playback speed controls allow you to do that. Accessing the playback option in the YouTube Gaming app is a bit faster to access than on the regular YouTube app.

To bring and set the playback controls just start any video and just at the left side of the fullscreen button, you will see a new icon use to control the playback. When tap on this new icon a pop-up will a pop-up will appear that allows adjusting the play speed between as little as 0.25x all the way up to 2x. 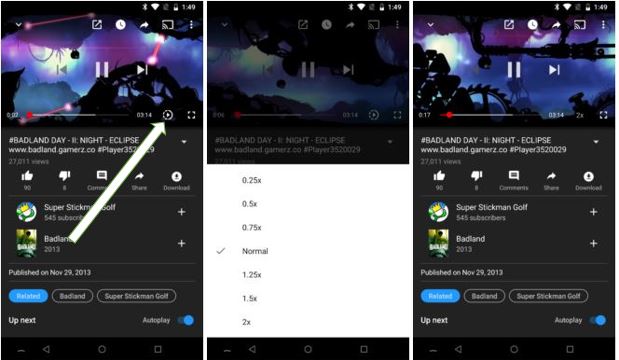 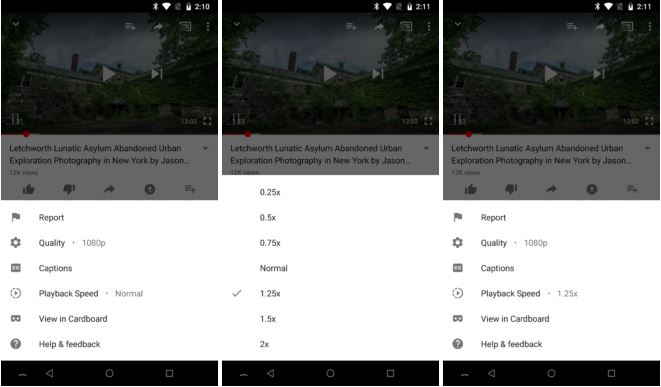 Now it becomes be easier to play the video to slow motion in order to go through every scene one by one.

How To Make and Upload YouTube Shorts from a PC?