The ZTE Blade V9 which is the upcoming smartphone of ZTE accidentally went online on the official website with specs and images. And it was enough long to go one through it and grab all the information about specifications and colors in which the device is going to be launch.

According to the page which was lived officially which featured the ZTE Blade V9, showed that it will available in two colors Black and Gold. It is the ZTE first minimum bezel smartphone with 18:9 aspect ratio display which is taller than the ZTE Nubia Z17s.

The display size is 5.7 inches and an IPS LCD with a Full HD resolution (1080x2160px ). The ZTE Blade V9 as per the website will available in three versions with different amount of RAM and ROM (storage), these are:

The internal storage can be expanded using the microSD card on the Hybrid SIM card slot.  The camera on the back has two lenses means it has dual camera setup, one is 16MP autofocus and other comes with 5MP fixed focus with the f/1.3 optics. For selfie, there is 13MP shooter camera. The fingerprint sensor is also at the rear side.

At the top side it houses a 3.5mm headphone jack and for fuel, it uses 3,200mAh battery. If we talk about the build quality it has metal frame sandwiched between two pieces of glass. The information about the price and date of launch was not mentioned on the website. 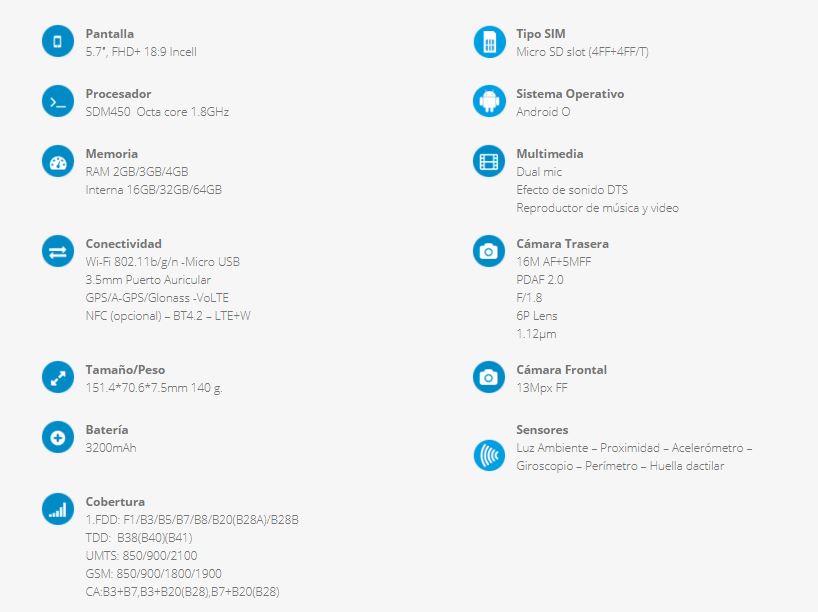