Home
Technology
Differences between a laptop and a notebook PC

When it comes to portable computers both laptops and notebooks are the two most popular, and available choices for users. When it comes to portability, most users are willing to give up additional features that they could have obtained from a desktop computer, which is available at the same price. But for business users and for those who need to do a lot of work on the go, portability is the first priority and that’s why both laptops and notebooks are highly popular. But there are people who use the terms laptop and notebook interchangeably, but the truth is, a laptop is a lot different from a notebook even after being in the class of portable computers, and they might also run on the same operating system.

In today’s world of technology, the brands can also create confusion between laptops and notebooks, and you might get a laptop or notebook as per your choice even if you use the terms interchangeably in a computer store or if you shop online. But, I just said, a laptop is different from a notebook, it will be worth knowing the differences between the two types of gadgets so that you can have a clear conception about both types of gadgets. Today I will talk about the major differences between a laptop and notebook, however, drawing a clear line of difference between laptop and notebooks is not exactly possible. 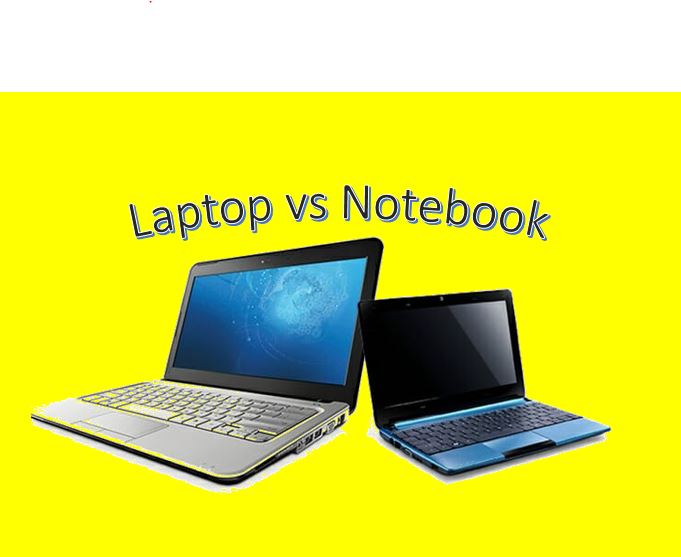 Laptop vs notebook: Which one is the best for your needs?

As I just said, the basic difference between laptop and notebook lies in the form factor and size. When it comes to a notebook, it can be considered as an extremely lightweight portable computer. Typically the weight of a notebook computer should not be more than 2.5 to 3 Kg and it should be easily fit within a briefcase. There are even certain notebooks available today, which can also fit in a fairly big ladies’ purse. A notebook is also very thin compared to that of a laptop, and that is the reason why the hardware configuration on a notebook is not as good as a laptop or a desktop computer, which I will talk later on in this story.

Talking about laptops, a laptop also belongs to the class of portable computers, but it is not as lightweight or small as a notebook computer is, and you can and do all your tasks while on the go by keeping it on your lap. A laptop can be much heavier than a notebook computer and talking about the hardware configuration, it can be available with a lot of hardware resources, which can even make them a lot thicker. When it comes to laptops, there are also gaming laptops, which come with powerful graphics cards and fancy cooling systems to keep the system cool, which further adds more size and weight to the most laptops that you can find.

So that was the difference between the form factor and the size of a laptop and notebook computer.

When it comes to hardware, the first and the most important thing that matters in a portable computer is the screen size. I am talking about the physical dimensions of the screen. In the case of a laptop, you can find screen sizes of around 10 to 15 inches or it can be even more. But you will hardly find a laptop having a screen size of more than 20 inches.

When it comes to screen quality, however, it isn’t a lot different either on laptop and desktop. Fundamentally, most laptop and notebook computers will come with backlit LED displays and when it comes to resolution most of them and even have retina displays, and considering the depth per inch or DPI, there isn’t any general screen resolution limited to either laptop are notebooks. But, due to relatively smaller screens, 4K screens on notebook computers aren’t easily available.

When it comes to keyboards, which is important in the case of portable computers, the type of keyboards used in laptop and notebook computers is a subject to vary only because of the size. In the case of a laptop, you can easily find full-size keyboards, with the number pad as well and it can be easier to type on a laptop keyboard if you are habituated with typing on a full-size keyboard. Depending upon the size of the actual keyboard and the screen, the key spacings are also properly maintained which can deliver more productivity to users, who type mostly on full-sized keyboards.

But, it isn’t that easy to generalize the keyboard on a laptop and notebook computer. This is because there are also certain laptops, which do not have a number pad, but it is limited to a few models. When it comes to the keys, most of them have chiclet-style keyboards, and a few gaming laptops also come with mechanical backlit keyboards, but it is limited to very few premium models.

The brain of a computer is its processor. We all know it from the time we started knowing about computers and, neither a laptop or notebook computers is an exception to that. When it comes to the processor on a laptop computer, they use the same type, but a different variant of the same processor, which is the reason behind laptops being very powerful, if not as powerful as the desktop counterparts. The speed of the processors used in laptops might not be as fast as that offered by a desktop computer, but a processor on a laptop can also be overclocked which will give a speed boost. When it comes to cooling, there is no doubt about the fact that laptops generate a lot of heat and that’s why they are cooled using a fan. More often, laptops also have two fans at the same time, one for cooling the processor while the other on the graphics card.

When it comes to laptops, the RAM capacities can’t be generalized. But most models will have any RAM capacity between 4 GB and 16 GB, however, there are some low-end models that can have 2 GB of RAM, but not less than that, and some premium and gaming models can even have 32 GB or even 64 GB of RAM. This is yet another reason why the performance of most laptops are quite comparable to that of the desktops.

Just like RAM capacities, storage capacities too, on laptops can’t be generalized in any way. Most expensive laptops these days come with around 128 GB of SSD storage, which are faster and far less power-consuming, compared to that of the magnetic hard drives. However, as the price per GB of SSDs is higher than that of magnetic spinning hard drives, the storage is limited. But generally speaking, most modern budget laptops come with 1 TB of hard drive storage and talking about premium models, you can even find hybrid storage solutions that have an SSD along with hard drive storage.

Notebook computers, on the other hand, are limited mostly to SSD storage as they consume less power, and thus, the user can get more hours out of the battery that is a basic need when it comes to notebooks that are highly portable. Notebooks can have 64 GB SSD storage, however, there are even some premium models with as high as 1 TB of SSD storage. As notebooks do not have powerful processors like that of laptops, an SSD in a notebook can give a boost in performance, which is not possible from magnetic hard drives.

When it comes to portable computers, the I/O interfaces aren’t that different between laptop and notebook computers but are rather similar. Most modern laptops and notebooks don’t have a parallel port, but USB ports are abundant. A laptop should have 3 to 4 USB ports, with some models with a Type-C connector to charge or sync data between the computer and a smartphone. Laptops even have an HDMI-out port, and some models can even have a VGA port to connect old-school CRT monitors.

Coming to notebook computers, they also have multiple USB ports, including a Type-C port, and they can also have a micro-HDMI out port to save space. As VGA ports are thicker compared to that of HDMI ports, most notebook manufacturers do away with VGA ports on the systems. But both laptops, as well as notebook computers, will always come with 3.5 mm audio jacks and some form of an RJ45 jack for network connectivity.

Talking about other features, both laptops, as well as notebooks have Wi-Fi and Bluetooth built-in, and a few premium models also have fingerprint sensors, and a webcam for video calls is available on both the variety of portable computers.

Optical drives are present on laptops, while they are hardly found on notebook computers. As optical devices are not abundantly used by a number of users these days, most laptop manufacturers too, don’t have optical drives. You can always get an external optical drive that will deliver the same utility, with more flexibility to connect to pretty much any modern electronic gadget that you have access to.

When it comes to upgradability, both laptops, as well as notebook computers have their own hard limitations. It isn’t possible to upgrade the display, the touchpad, the keyboard or the battery unless the OEM has some solutions, unlike that of desktops, where you upgrade or change pretty much every single thing.

When it comes to RAM, you can at least find one free slot on a laptop, and you can even replace the connected RAM to your system to upgrade the overall memory on your laptop computer. But there are laptop computers with one RAM soldered directly to the motherboard, and you will end up with only one single slot to connect one additional stick and upgrade the RAM. You can overclock both the processor and the RAM on a laptop computer, but you should be very careful, while you are doing that.

The story for storage isn’t that satisfying either. Most laptops have only a single SATA slot to connect only one hard drive or SSD. You can replace the storage connected to the SATA port, and that’s basically what it is. Some new models, however, also have the M2 or NVMe slot to connect extremely fast solid-state storage.

Talking about notebooks they are concise devices and are not really meant for upgrades. However, you can upgrade the storage by replacing the existing storage device with another similar device offering more storage.

Finally, coming to the price, laptops are more expensive than notebook computers, but it doesn’t mean notebook computers are always cheap and more affordable than laptops. There are notebooks with a better configuration that can cost more than, or at least equal to that of laptops.

Notebooks having a decent configuration can be priced high, as the manufacturers need to implement a lot of research work to make the notebooks thinner and lightweight. So, the final price depends on a number of factors as I just discussed in the individual points above.

Which one is the best? laptop or a notebook

Now, If you want to do intensive tasks on the go, like video editing, multitasking, or even gaming, a laptop is the best one to go for. But, if you want to do some lightweight tasks, like writing documents, doing some official tasks, or simply surfing the web, or watch movies online, don’t invest in a laptop. A notebook is a far better choice, as you can get it at a much affordable price, and it will be far lighter than that of a laptop. So, it’s all up to your requirements.

So, there are significant differences between a laptop and a notebook computer. They are not designed to work in the same way, and it’s all up to your requirements that you should pay importance to, before choosing the gadget of your choice. 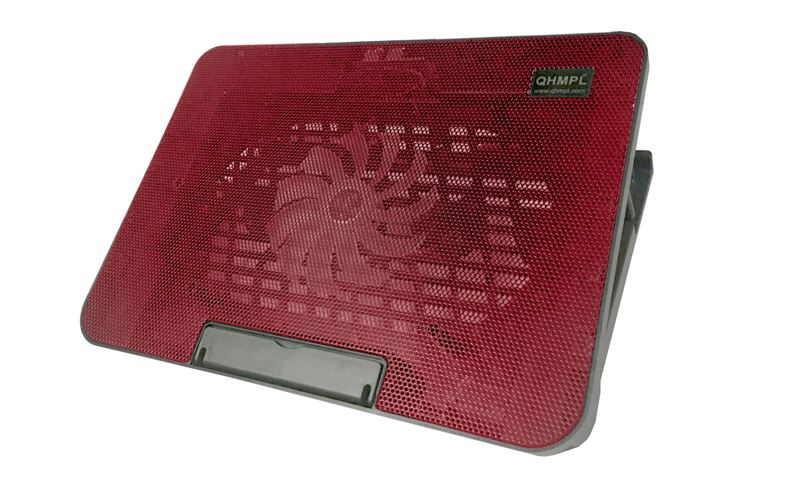 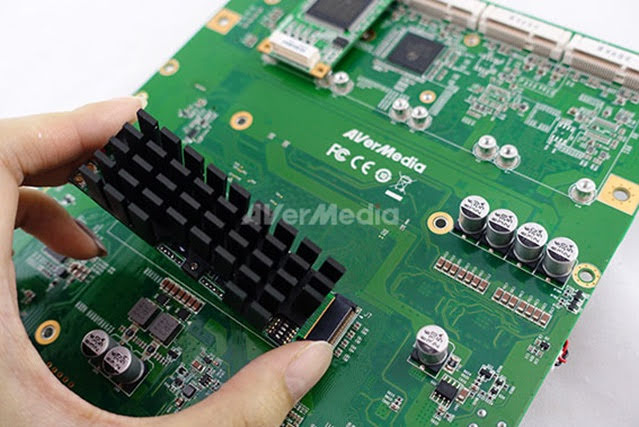 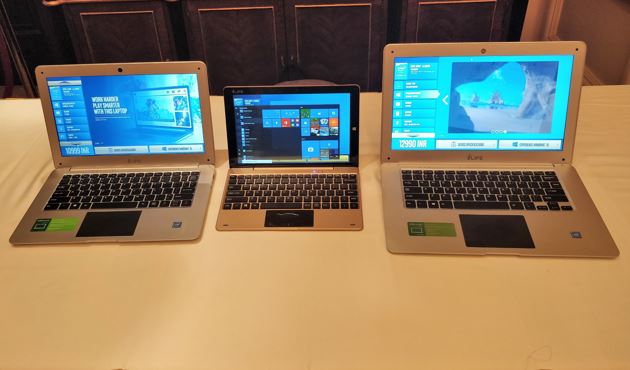 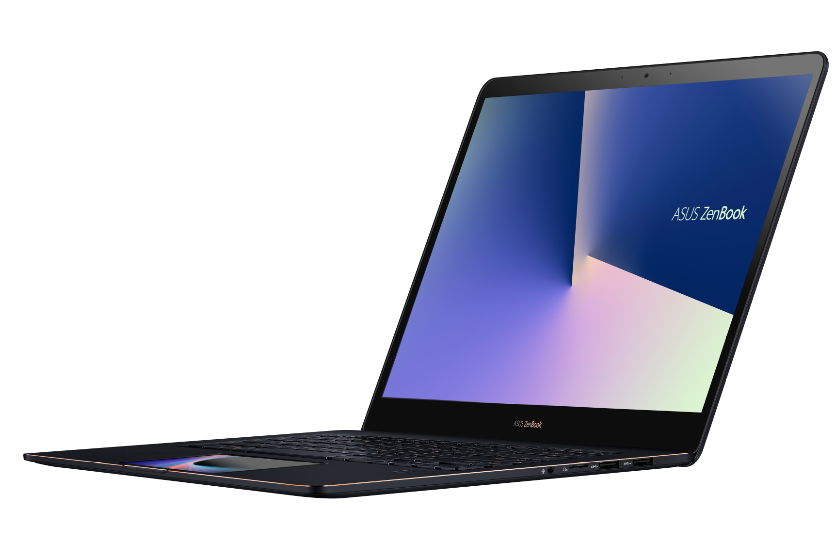